Plus, an interview with Tulsa Tough director Malcolm McCollum

If you’ve heard me on the radio, you are probably aware I love going to Rocklahoma. And if you are not familiar with me or Rocklahoma, I’ll start from the beginning. I’ll also talk a bit about Saint Francis’ Tulsa Tough bike race, which is the most partying race you’ll ever see!

You may have heard me as a radio DJ over the past 16 years on 97.5 KMOD in Tulsa or 94.7 “The Brew” in OKC. If so, you’ve probably heard me talk about Rocklahoma. I am a big fan of new rock and classic rock. Especially if the older rock involves spandex, hairspray, or any music off of the movie soundtracks for Fast Times at Ridgemont High, Pretty in Pink, or Heavy Metal. So, in 2007 when my boss came to me and said: “So, a concert promoter just asked me if there is anyone at the radio station that likes hair metal,” I knew I was going to be in “Ratt Poison Heaven.” Like sucking on too many helium balloons to make your voice sound like the singer from Judas Priest, Rob Halford, it’s been a bit of a “Decade of Decadence” head-buzz ever since.

In 2008 I broadcasted my radio show live on the Sunset Strip with Eddie Trunk and a bunch of ’80s Hair Metal Bands. Like an unstoppable herd of multiplying Gremlins, they arrived at the Whiskey a Go-Go, one by one, and didn’t stop till the place was full of bands like LA Guns, Tesla, Bret Michaels, Living Color, Extreme, Night Ranger, Cinderella, and more. Since then, I’ve interviewed countless bands live from Pryor, Oklahoma, endured all kinds of concert shenanigans in front of the stage, on stage, backstage, and of course, in the campgrounds.

This would have been the 15th year of Rocklahoma. Alas, Covid postponed that, so now this year is the 14th annual. Next year, they promise to go above and beyond to celebrate 15 years of Rocklahoma. The first three years it was held in mid-July. And it was five days long. Still surprised I made it through those years full of oppressive heat, humidity, and dust. Then, the festival was moved to Memorial Day weekend until the Coronavirus forced the show to cancel last year and bump it to Labor Day weekend this year.

Rocklahoma is one reason why I wanted to begin doing my own media conglomerate. As I said, I’ve been to every Rocklahoma not just as a spectator but as a working, (mostly) functioning part of the event from a media standpoint. I once was also called upon to help protect the crowd when a massive thunderstorm was approaching. When concert meteorologists pointed out how much of a downpour was on its way, I was asked to step up to the main microphone on one of the side stages. Just after Eddie Trunk instructed the crowd on the main stage to take shelter and be safe, I did the same on the side stage. There have been a few scary moments weather-wise at Rocklahoma, and the way the fans protected each other was heartwarming.

As more people have become vaccinated and the Covid case numbers decreased, Rocklahoma decided to have the concert but bumped it back to Labor Day Weekend. I decided that, since I can’t find another rock radio station to take a chance on me, I was going to start doing my own thing on Facebook Live, other social media platforms, this TulsaKids blog, and smy own website, www.Tulsa-Rocks.com. Because if I had done nothing and let this time of year go by without doing anything, I would’ve felt I let my fans down and missed out on a great opportunity to help people in and around Tulsa. So, I will be broadcasting live from Rocklahoma again this year. Never missing a year!

The day the festival is announced is always a huge day for “ROK” fans. It’s like Rock n Roll Christmas, and I’m the bearded, jolly fellow announcing the bands as presents. It’s always a privilege and an honor to do so.

Here is the official website for Rocklahoma and my video announcing the lineup: www.Rocklahoma.com 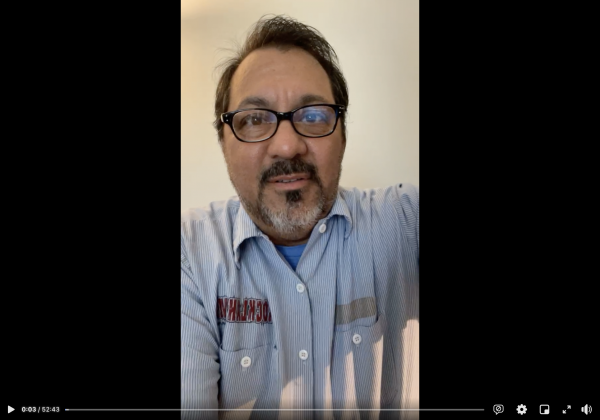 Saint Francis’ Tulsa Tough is a long-running annual bike race that attracts some of the highest levels of biking professionals from all over the country to Tulsa! From the website:

“Saint Francis Tulsa Tough is more than a weekend bicycle bash, it is an event which attracts local residents and visitors, year after year. It exists to promote active lifestyles and to elevate the profile of Tulsa. Giving back is important. Everyone who is a part of this event has had support along the way. We are grateful you are helping us help others. Together, we will make the world a better place, one pedal stroke at a time. Thanks for riding with us.”

Here is my interview with Executive Director, Malcolm McCollum: 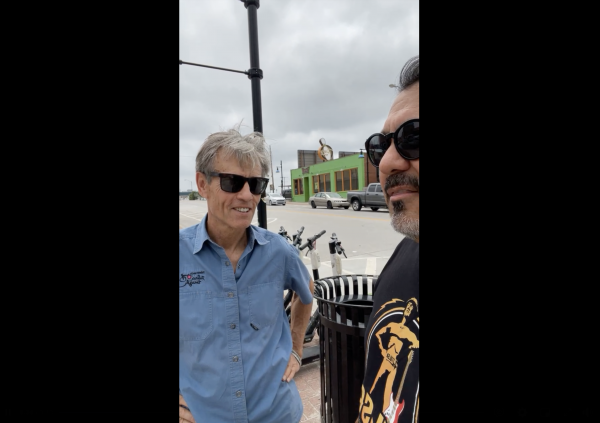 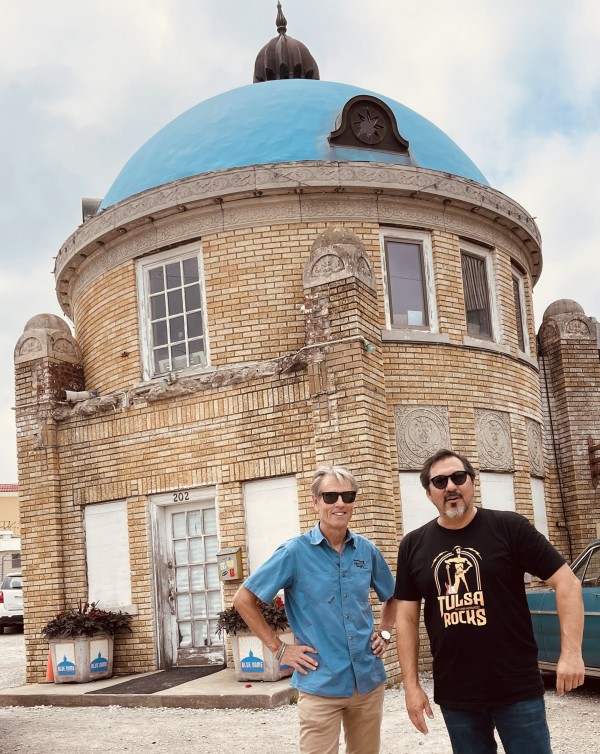 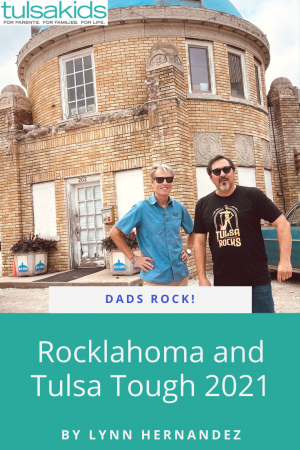