The Batman, Circle Cinema, and Discovery Lab. I will talk a bit about these things in my blog this week. But first, HOW ‘BOUT THIS SNOW??!! I love the snow but not the cold. Both kids are home to start an early spring break, and we couldn’t be happier. I made breakfast tacos and have been playing Christmas music on my Alexa all morning. Lol!

I am very excited to bring you movie reviews now. Circle Cinema and I have partnered together to bring you reviews of movies you can see there. I encourage you to go see a movie or any of their super-fun events. They have many fun events like next week’s “Tulsa at SXSW,” which will be a live feed from the giant music conference in Austin, SXSW. Some artists from Tulsa will be featured, and you can watch their performance free from Circle Cinema. Below is their mission, and here is their website for movie times and how you can become a member and receive free movie tickets and popcorn! Circle Cinema Theater | Tulsa’s Nonprofit Movie House, Gallery, and Event Venue 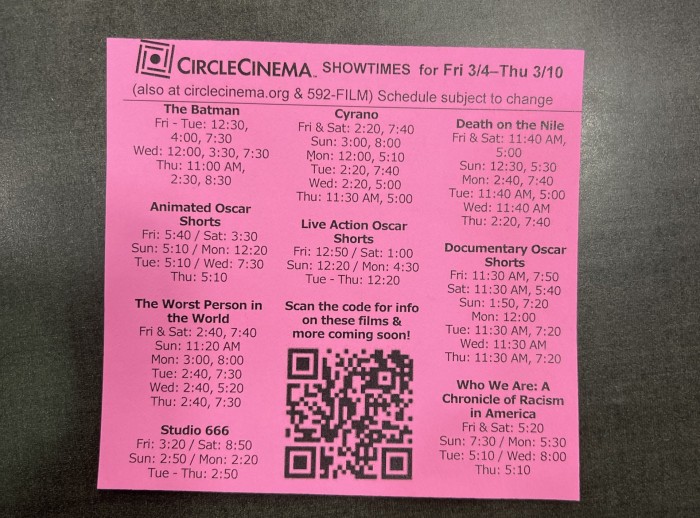 Our mission is to use film to foster understanding and appreciation of the diversity of the human experience and create community among the viewers in the restored historic Circle Cinema.

My kids and I have been wanting to see The Batman movie, so last week we got to check it out. When there is a movie that I very much look forward to, I avoid anything about it. When I see coverage and promotions leading up to the release date, I avert my eyes so that when I’m finally sitting in the theater (or, on my couch for the last couple of years) and the lights go down, that rush of excitement is at its peak.

One thing about my new movie reviews is that I will never include a spoiler to the ending. What I will tell you about The Batman upfront is that it is almost three hours long. As I said, I avoid any news about a movie I am anxious to see, and in this case, I had no idea it was that long. I probably would have hesitated to bring my 8-year-old and 12-year-old. They like Batman movies but, they are also like most kids, with an attention challenge to anything that isn’t YouTube or TikTok. The movie held their attention pretty well…for the first two hours.

The characters seemed to always be talking in a monotone dramatic hush, which is one of Batman’s “cool factor” traits, but even unmasked as Bruce Wayne he was dark and somber most of the time. And the police chief was the same way. They were mostly lurking in the dark and looking down at the ground. If you can mumble with excitement, they were doing it.

The plot got a bit confusing towards the end. I don’t mind confessing I can get confused easily, but I was keeping up with the twists pretty well….for the first two hours. As time went on, though, I felt a bit like in calculus in college, glancing over at my neighbor to see if he was getting it or not. My kids did great, but when the plot started to twist like a pretzel on a giant pinwheel, my eight-year-old started looking pretty tired and laid her head on my lap and was out for most of the last half hour. Remember, I didn’t know it was such a long movie, so I kept telling her, “It’s almost over, dear.” My twelve-year-old kept getting up and going to the bathroom and snack bar the last hour of the movie. After it was finally over, they both told me THUMBS UP! And I give it a thumbs up, too.

I was totally surprised Colin Farrell played The Penguin. He was great! And his makeup artist is truly an artist! I’m happy to hear he has a Penguin spin-off coming soon on HBO Max. 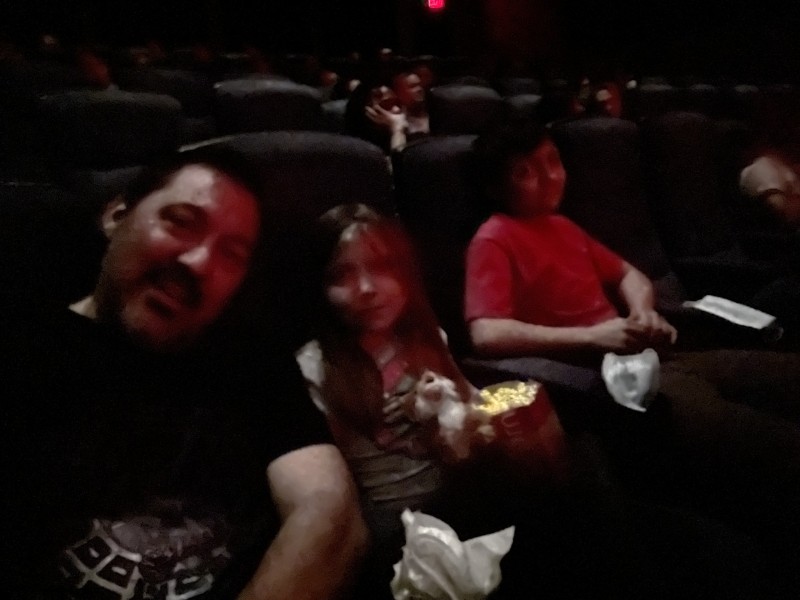 We finally got to check out this new family marvel in Tulsa. It’s adjacent to The Gathering Place on the south end. It is open seven days a week with various hours, but most days are open till 5:00 pm.

We absolutely loved this and can’t wait to see some of the wonderful exhibits that come and go. They, of course, have many things planned for spring break. I especially like the water feature as you walk in. You can type a message on a touchscreen and it will imitate that message in water droplets in a waterfall!! There is way too much for me to describe in this 700-word blog so if a picture is worth a thousand words, here is a few thousand: 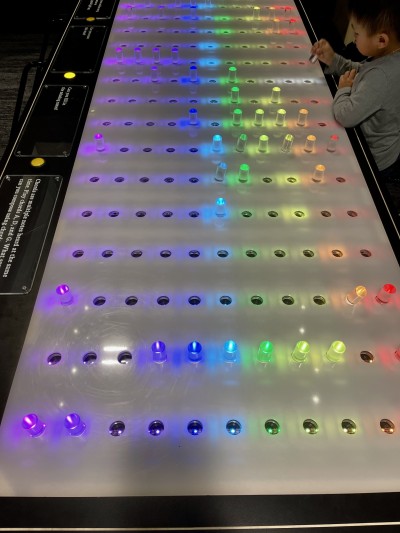 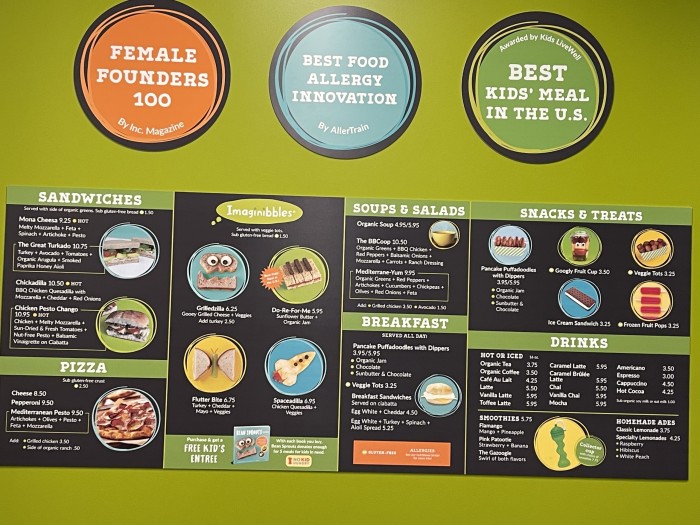 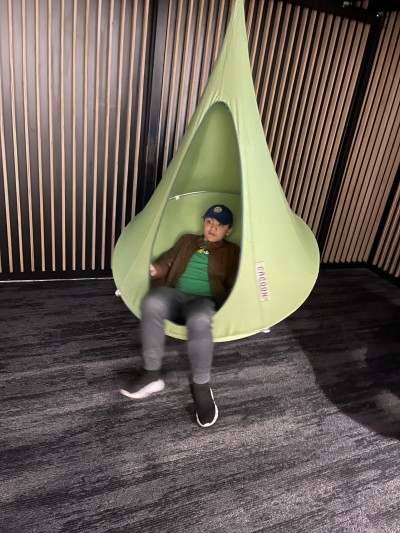 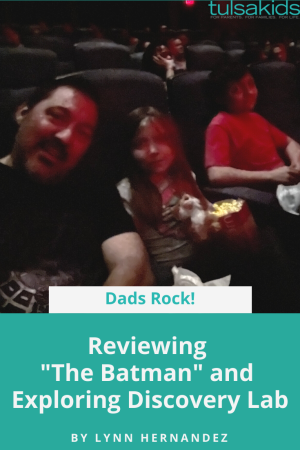 I am a single dad of two, one 11-year-old boy and one 7-year-old girl. I grew up in Ohio, moved to Texas to be with family then moved to Tulsa in 2005 to continue my career in radio. In this blog, I will write about life as a single dad raising two kids in the Tulsa area. My passion is helping others. I encourage my children and others to do the same. Each week I choose a different charity and spend that week volunteering, donating $ and sharing my journey on social media so you can join me! You’ll see what great people we have in Oklahoma and some of the ways you can help make Green Country better for all of us.

If you are passionate about a non-profit, please reach out to me and follow me on Twitter at “Lynn Hernandez” and perhaps I can write about them! Also, check out my website: https://www.tulsa-rocks.com.

Plus, watching "Fantastic Beasts: The Secrets of Dumbledore"