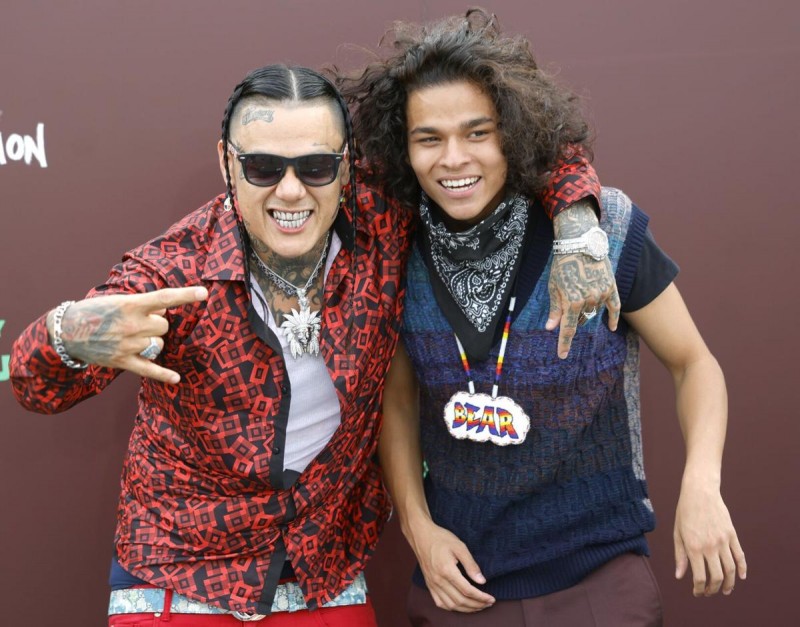 Reservation Dogs, a coming-of-age comedy series about the adventures of four Indigenous teenagers attempting to leave their rural Oklahoma town for California, debuted in August on the FX network. Co-created and co-produced by Oklahoma filmmaker Sterlin Harjo and New Zealand’s Taika Waititi, it was filmed in and around Okmulgee and features a predominantly Indigenous cast and crew. The show has had tremendous success with Native and non-Native audiences alike and has sparked broader conversations about Indigenous representation in popular culture. Television, film and even music industries have long had a poor track record when it comes to diversity. Recently, Reservation Dogs and other productions have begun to flip that script, both in front of and behind the camera. It’s a welcome and important change with positive ramifications for everyone, especially adolescents.

Studies have shown that a lack of representation in media can lead to poor psychological outcomes for those with identities that are portrayed negatively or simply underrepresented. It can also aggravate racial tension and bias, as well as reinforce stereotypes. Conversely, identifying with representative characters in mainstream media can lead to higher self-esteem and other positive outcomes. Beyond interesting storylines, diversity in the form of realistic and inclusive representation in popular culture is clearly important. It can shape how particular populations are viewed by society and how they view themselves.

“Imagine never seeing yourself or people like you on TV or in movies. Or if you do, it’s never right – a depiction of a stereotype. How would you know what is possible for your life,” asks Tulsa filmmaker and Cherokee Nation citizen Jeremy Charles. “For young people, especially young Natives, it’s frustrating to be overlooked. When anyone sees their community reflected in art, in film or music, it stretches the possibilities in our minds. You think – wait – could I be an artist, a lawyer, a doctor, or a rapper? Maybe the expectations for yourself are expanded.” 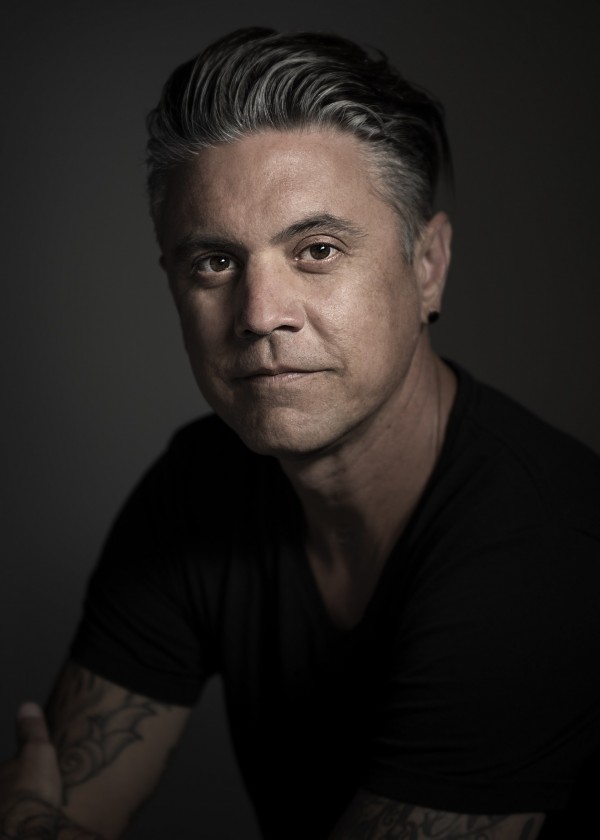 Oklahoma City Native rap duo and brothers, Lil Mike and FunnyBone, portray “Mose” and “Mekko” in Reservation Dogs. Pawnee Nation citizens, the two were happy to be involved in a series centered on Indigenous characters, something that didn’t really exist when they were growing up.

“Nobody was talking about Indigenous people on the news. There were no Indigenous shows,” Bone recalls. “When there was one, you were like, ‘Oh, hey, there goes an Indian.’ And then that was it. It wasn’t like we had somebody to look up to. I think it would have been awesome to have had somebody to relate to on TV.” 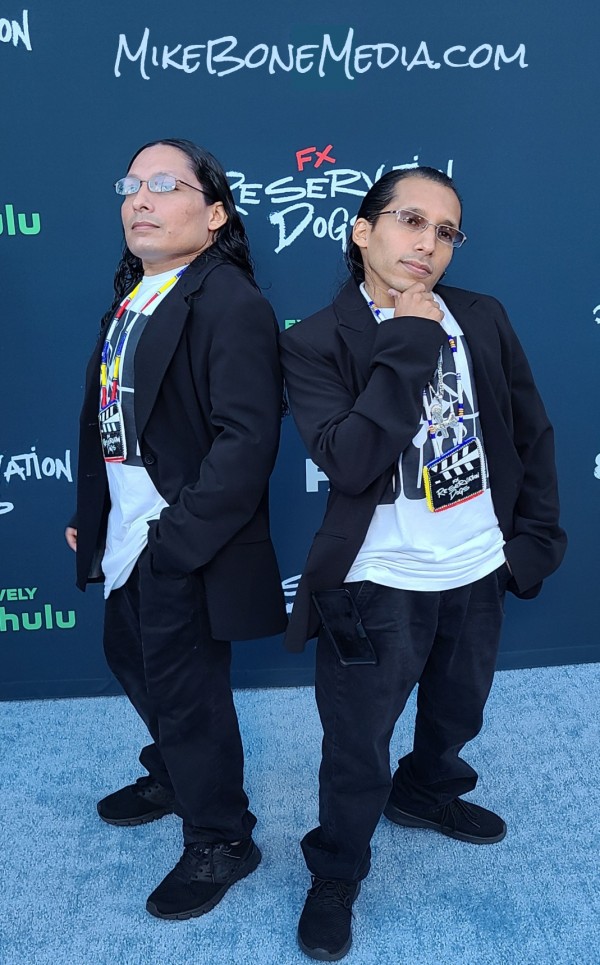 Looking back at his own childhood, Charles remembers very little representation of Indigenous people in film or TV beyond ‘Cowboys and Indians’ – Westerns and cartoons full of stereotypes. He still vividly recalls the first time he saw a more nuanced portrayal on the big screen. It altered his perspective.

“I will always remember it. I was in seventh grade when the film Thunderheart came out. Our teacher took a huge group of Native kids to the movie theater,” he says. “I think it totally changed a lot of us. Natives can be complex characters. Natives can be the good guys. We can be authentic people beyond the stereotypes.”

For hip-hop artist Sten Joddi, a former Oklahoman and member of the Mvskoke Nation who plays the character Punkin Lusty in an episode of Reservation Dogs, the series was more than just an acting gig and a song placement. It was a chance to be a part of something innovative and powerful.

“When I was growing up I dealt with a lot of identity issues my whole young life into young adulthood – especially me wanting to become a hip-hop rapper as an Indigenous person. I got flak from all sides,” he says. “So, now seeing things like this TV show give this new generation a view of themselves is huge. They will have what me and many other Native people my age didn’t. We had no choice but to figure it out on our own. It’s amazing to see and even more amazing to be a part of.”

Charles, too, is inspired by the changes. It’s something he’s worked for in his own career.

“What is happening in media now has changed our ability to be proud of our identity. It’s cool to be a loud and proud Native now more than ever. It opens up a new public dialogue,” he says. “I’ve been focused on raising Indigenous representation in film for most of the past decade. From day one, the goal has been to provide a platform for talented Native voices to grow. The more Native creators we have working, the more the conversation expands. The more the beautiful intricacies are revealed, the more resilient our cultures will become.”

Mike and Bone want to use the increased recognition they’ve gained from their appearance in the series to continue breaking down barriers and stereotypes, bringing a positive, universal message to a broader audience through their music.

“Our music is clean and positive, which I think goes with us being Indigenous, just having a sense of honor, and integrity,” Mike says. “What we do, it spills over into our music. We carry that into our music. We want it to help people rather than hurt people, and just leave a positive impact in people’s lives. We’ve seen that a lot of our songs have helped people overcome suicide, or overcome depression. It’s a blessing to hear those stories and to be a part of that.”

Joddi is hopeful for the future and the road that’s opening up ahead.

“I think seeing shows and movies like this gives me great sense of pride, and to see the faces of our youth glow with amazement is incredible. The possibilities this show and shows like it give our youth hope that anything is possible.” 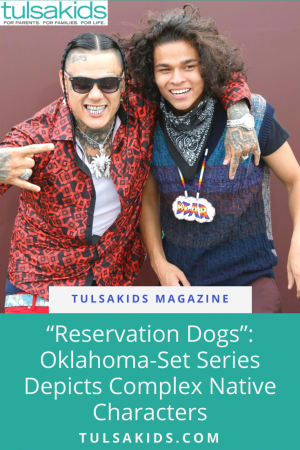