I‘m heading into the 4th of July weekend on a sugar high because I wanted to blog about some fun treats! Here are three, couldn’t-be-easier treats to make with your kids for Fourth of July.

Thanks to one of the moms at Joss’s tae kwon do studio for this idea! Simply whip up your favorite Rice Krispies Treats recipe. Then, let it sit for a few minutes to cool slightly before adding red, white and blue sprinkles and M&Ms. I couldn’t find any red, white and blue M&Ms so just grabbed a bag of minis and separated out the red and blue ones. It worked, although I should have made Joss do this part 🙂 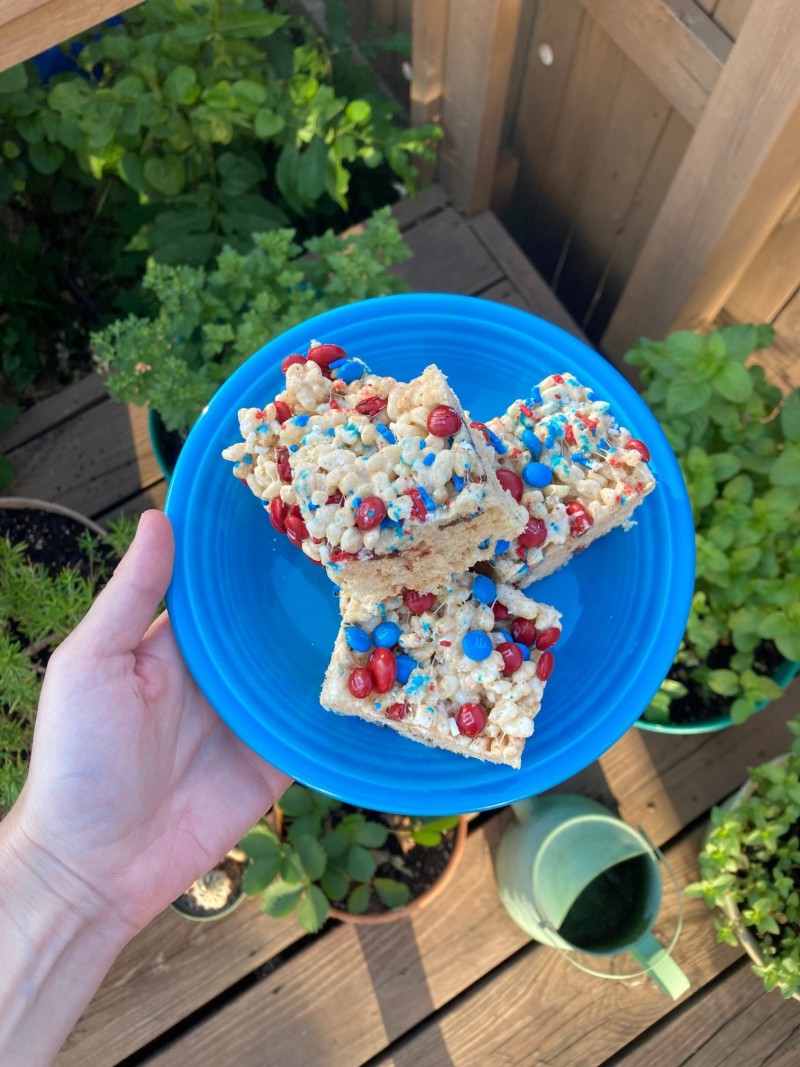 If you don’t have a favorite Rice Krispies Treats recipe, I tried this one for Caramelized Brown Butter Rice Krispies Treats from the New York Times: cooking.nytimes.com/recipes/11587-caramelized-brown-butter-rice-krispies-treats. It sounds fancy, but basically you just have to prolong the butter-melting stage. And it really does add a nice depth of flavor.

Of course, I found several recipes for Red, White and Blue jello shots when googling fourth of July treats. But this is a kid-friendly version. Simply layer red and blue jello in a clear glass, and top with whipped cream! Follow the directions on the box, and let each layer set before adding the next. I think it would be fun to try adding blueberries or chopped strawberries into the mix, but I kept it simple this time. Add sprinkles for extra flair. 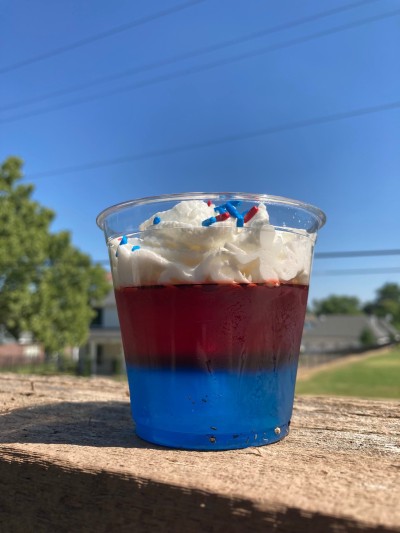 Joss was inspired to make homemade pop tarts after his first summer camp this year. The first time, we made homemade crust, which was delicious. But it’s definitely quicker to use a pre-made crust, and the Pillsbury crusts are yummy and flaky. (Not on par with homemade, but I enjoy eating it.) 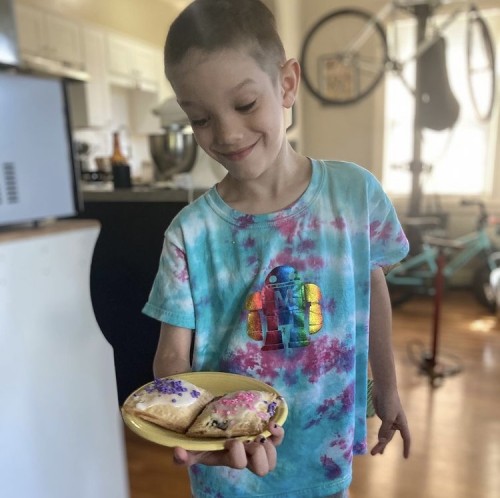 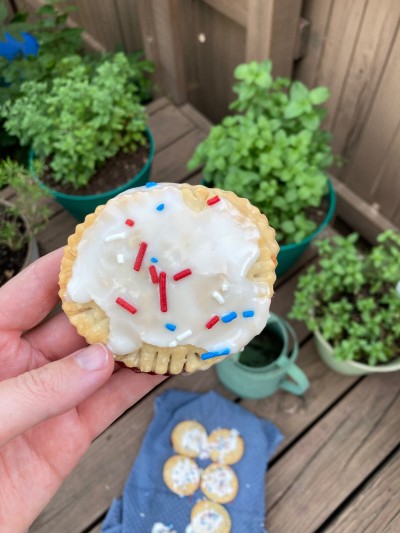 What are you making for your holiday gatherings? 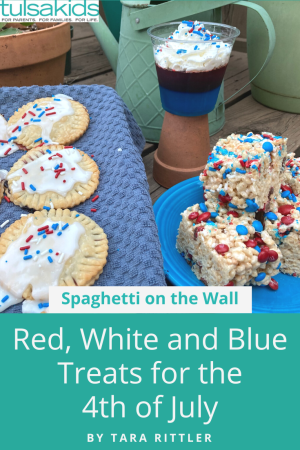