What a busy fall season so far! Wow! From Rocklahoma, to Born and Raised Festival, to Tulsa State Fair and Oktoberfest!

In my article today I am going to take a look back at the fun we had at Oktoberfest this past weekend. If you remember last year, my son, Atticus and I volunteered at Oktoberfest. We helped carry supplies, products, artwork, and displays for the vendors vehicles into the arts and craft section.

This year, my daughter and I did some thing I had never done before, and that is attend the Bavarian Brunch on Sunday morning. Before I talk about that, I would like to post the interview that I did with the festival Director Tonja Carrig. I have known Tonja for many years and and have invited her to be on the radio with me to talk about some of the fun things that Tulsa River Parks has to offer our community.

Our Mission: To enhance community life through stewardship of parks and public spaces along the Arkansas River.

As I have said many times, one big reason why I moved from Austin/Dallas to Tulsa 17 years ago was because of all the green space. Indeed, this area is known as Green Country! And it’s getting “greener” with the hard-working staff and volunteers of Tulsa River Parks like Tonja Carrig.

Tulsa Oktoberfest is a non-profit event. Proceeds go back into furthering the mission of Tulsa River Parks, but selling beer and pretzels can only go so far – they need you help! To donate you time and/or money click here: riverparks.org/

My kids absolutely love dogs, so this was the year my daughter Angel was going to experience the Dachshund Dash, more hilariously known as the Weiner Dog Race.

We parked our car at Promenade Mall, and took shuttle #8. As we boarded the shuttle, (which was a Tulsa Public Schools bus) I was pleasantly greeted with Jeremy our bus driver, who was also cranking my radio station, where I am a DJ, 103.3 The Eagle!

He told me he and his family have lived in Tulsa for three years. They moved here from Colorado and loved Tulsa. He said they were very excited about the new ice-skating rink (Tulsa Oilers practice facility) at Promenade Mall.

I told him I was a radio DJ on the station he was listening to on the bus. He said he had it turned on all weekend and got many compliments about the music. He said Oktoberfest0goers were complementing him on “his playlist.” He told them all: “Thanks but I’m just listening to the Eagle.” 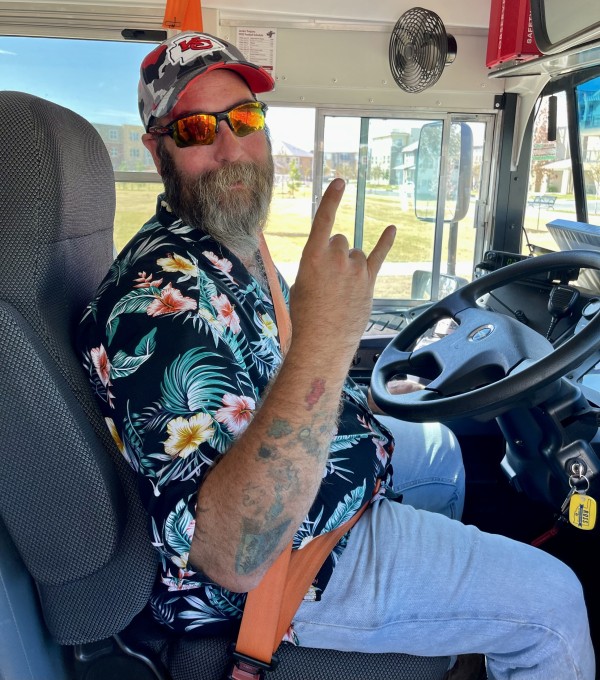 I simply translate into: “Bavarian Brunch.” It was so much fun! We could do without so much wind and dust, but FREE champagne, mimosas & Bloody Mary’s (and beer, of course) were a nice consolation! 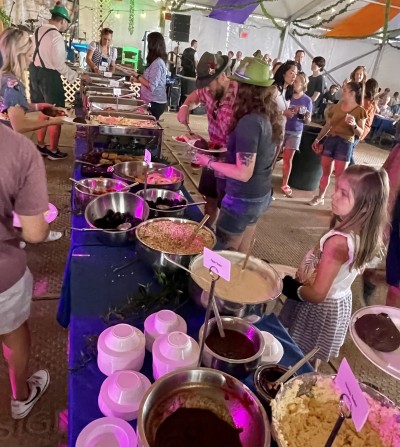 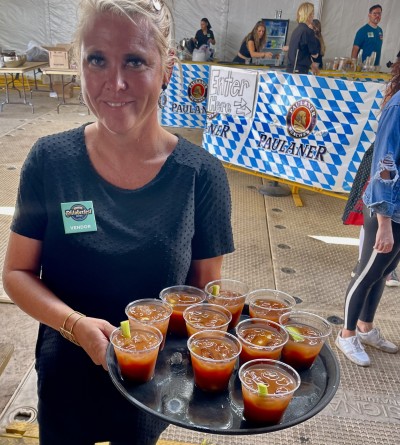 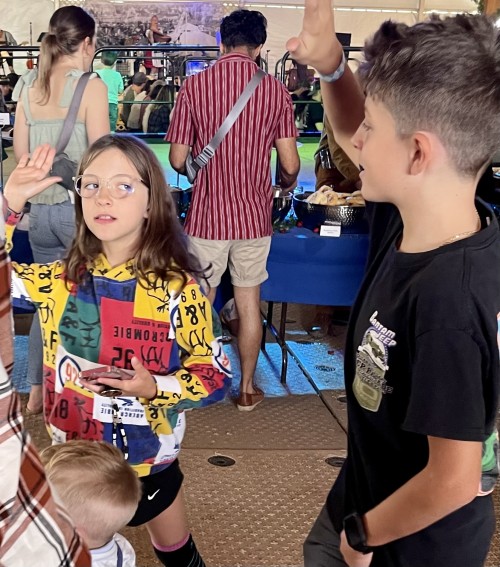 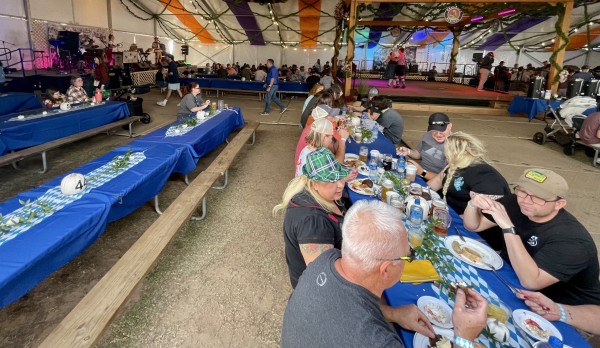 Amazon Grace on a Alphorn was a nice touch:

Here are some other pictures from the weekend, see you next year Tulsa Oktoberfest! Abschied! 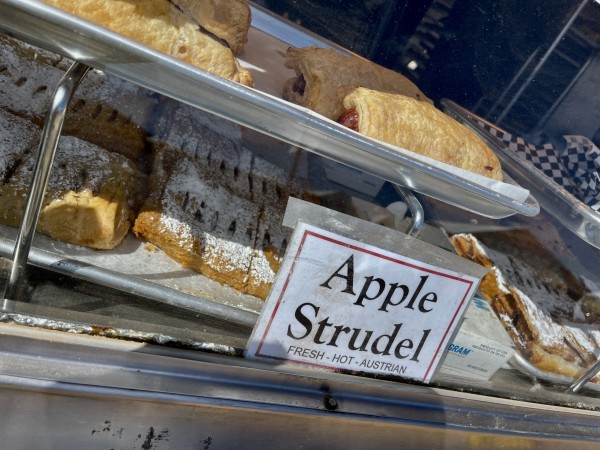 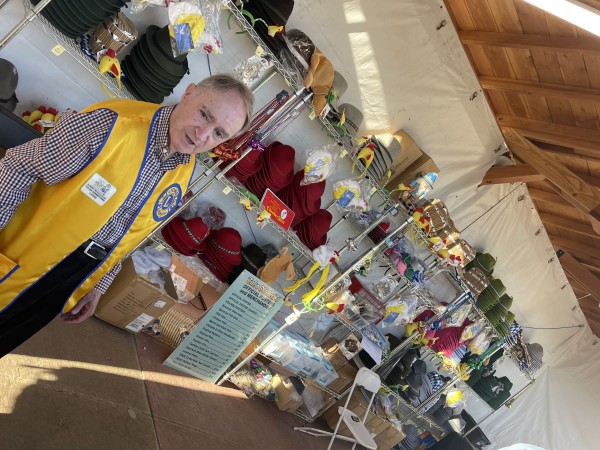 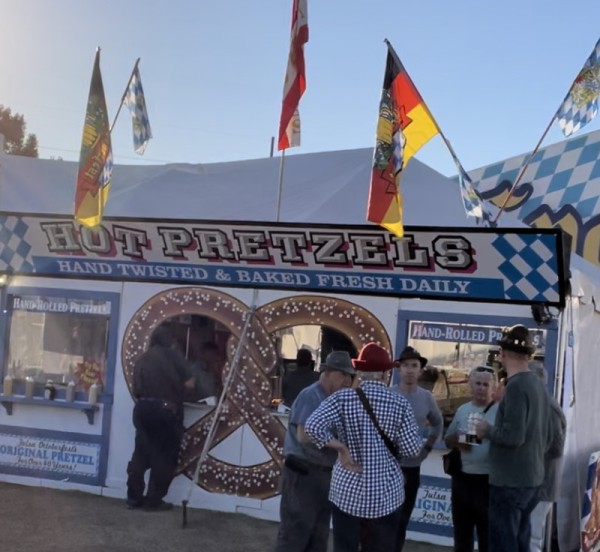 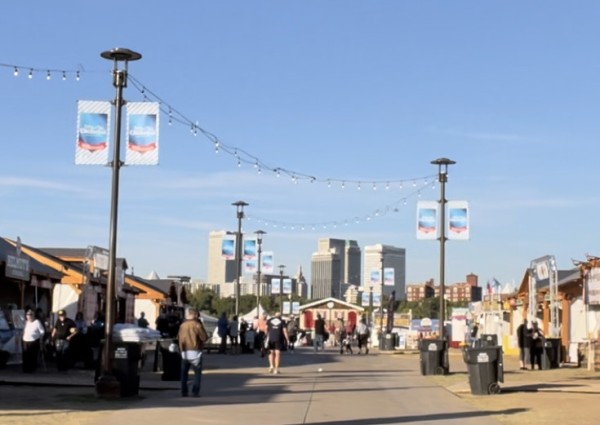 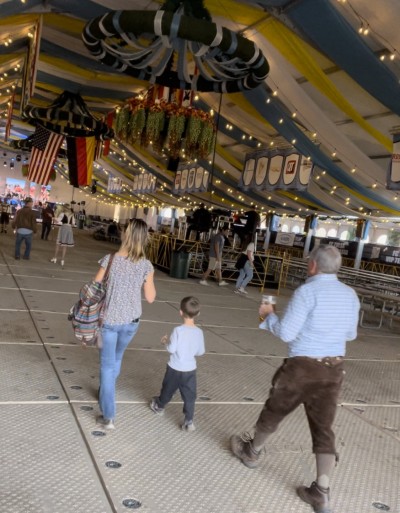 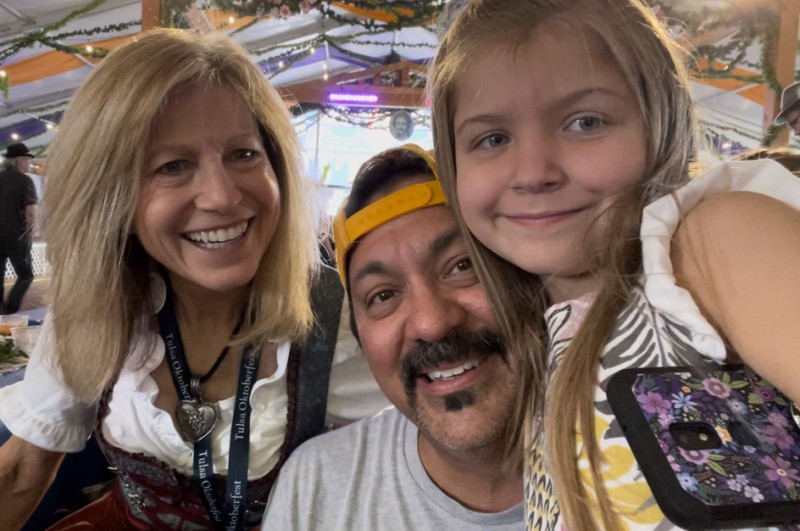 Tonja Carrig and my daughter, Angel 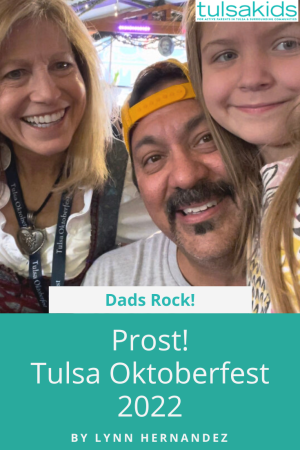