Parents of Children with Special Needs Pave Their Own Road

At age 3, Heather Masso’s daughter Everley had a small core of words that she could say clearly. Any other communication from Everley was a series of “n” sounds strung together. Masso thought Everley would grow out of the speech problem, but there was a day when Masso was struck with the realization that Everley might not “grow out of it.” 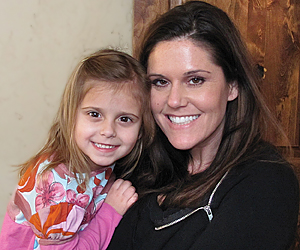 “Last September, I was jogging by Café Ole and saw several people enjoying lunch on the patio,” Masso said. “My heart broke into many pieces at the thought that my baby may never be able to enjoy a conversation with a friend over lunch. It was a feeling I can’t explain. I’ve never felt more scared and alone. I wish I had known what I was facing.”

While the situation may be different, Masso’s emotional response to her daughter’s disability is familiar to parents of children with special needs. Some parents find out while their child is still in the womb, while some won’t realize something is going on until their child misses a developmental milestone. Whenever the time of diagnosis, parents of children with special needs work hard to find a team of support professionals and a supportive parent group to make their experience as parents easier and their child’s life as full as possible.

Across Oklahoma, almost 100,000 children with disabilities returned to school this fall. In this group, no two children are the same—some board the bus with all the other children and receive little to no special accommodation during school, and some go to school with a special aide who helps them through the day. No matter the needs of their child, parents across Tulsa are striving to provide the best and most comfortable life possible for their special needs child.

“I don’t think it’s all that different from a child without disabilities,” said Judy Berry, psychology professor from the University of Tulsa and author of “Lifespan Perspectives on the Family and Disability.” “You want them to be safe, healthy and happy. You want them to learn and grow, so the goals are across the board the same, you’re just going to need more help and support to achieve them.”

Finding the right resources for her daughter was a difficult process for Masso.  Last October, Everley was diagnosed with Apraxia, a speech difficulty that doesn’t respond to traditional speech therapy.

“The key is finding a therapist that knows how to work with Apraxia,” Masso said. “I had her evaluated at St. John’s Hospital and Scottish Rites last year. Everley immediately started therapy at Scottish Rite Language Center once a week. I have seen her confidence rise as her speech has progressed. Her speech is intelligible to most now, but there is definitely more therapy in her future.”

The first step for many Oklahoma parents after their child is diagnosed is to get in contact with Sooner Start, the state’s program for infants and toddlers with disabilities and developmental delays. Most parents are referred to the program by their child’s primary care physician, who notices a child has missed a developmental milestone, such as speaking or walking.

“Sometimes physicians send kids for testing, but one issue we want to get even more involved in is early recognition,” said Sherilyn Walton, a family support coordinator at TARC. “Really the physician that sees the child is the most able to do that.”

When a child has a disability that is detectable at birth, parents will be linked immediately with social workers and programs like Sooner Start. The problem families sometimes run into is that their child is not diagnosed at birth, however, and physicians don’t realize something is wrong until later in their life.

“If [parents] feel like there is a developmental issue, the first step would be to call Sooner Start and then also [TARC has] the information,” Walton said. “A good place to start also is 211,” which is a resource hotline run by the state that parents can call for counsel and direction on where to go for testing and resources.

Once parents are connected with these primary resources, they can begin to find specific doctors, therapists and services that fit the individual needs of their child. This is also the point where resources such as TARC and disability-specific centers come in to assist parents and support them.

“Isolation is definitely a problem, but it’s not the parents,” Berry said. “They’re isolated because it’s difficult to get babysitters, it’s difficult to be a part of a childcare center that knows how to handle and manage children with disabilities, and a lot of churches aren’t very accepting about having a child with disabilities in nurseries. A number of parents will tell you they would love to not be isolated, but they don’t have a means to be involved in the community.”

“It has helped having other moms to talk to when you’re going through the emotional rollercoaster.”

Berry said over the last 10 years there has been some progress as agencies and churches across the area are beginning to realize and address the need for respite care for children with special needs, but the problem is nowhere near solved.

“There are all types of things that people try to do,” Walton said. “I think that one of the biggest problems we have with parents in my support group is ‘I didn’t realize there are other parents like me,’ or ‘I didn’t realize this is not unique.’ One of the things we do have is the Internet now, which is really connecting families to information and to each other.”

Masso said that she has found three other people in Tulsa with children who have Apraxia of Speech. “I found these women by asking friends,” Masso said. “It has helped having other moms to talk to when you’re going through the emotional rollercoaster.”

In addition, Internet sources can help connect families faster than ever before, and help to promote a new and more open lifestyle for families that have a child with disabilities.

“We don’t want to isolate the children, we want inclusion,” said Jennifer Sollars Miller, the mother of a son with autism and co-founder of Autism of Tulsa. “We want them to be out with their peers at events or concerts so that when they see those peers in class, things are not all that different. They know that they are just another student in the class.”

Miller and co-founder Michelle Wilkerson have worked with numerous parents of children with autism to help integrate their children into the community around them and at school.

A number of other parent support groups in the area are also helping to alleviate the feeling of necessary isolation. Finding other parents who have similar experience and struggles is key to maintaining a healthy home life and staying connected with the most up-to-date resources for children.

“My suggestions to other parents that feel isolated when finding out your child has a special need is to first make sure you are getting your child the help she needs right away and make sure your child is making progress,” Masso said. “It’s also important not to be in denial, to accept reality and deal with it as soon as possible. Time is so precious! We have wonderful resources in Tulsa. You just have to find them.”

“A lot of that input [for connections and resources] is being shared parent to parent,” Berry said. “It’s everything from recreation programs and summer camps to, for example, a barber who’s patient with kids.”

This familial stress is the subject of Berry’s latest book and the focus of her work as a psychologist.

“The book really addresses both family needs and family systems—I’ve tried to include a number of little stories and vignettes so parents can relate,” Berry said.

Wilkerson and Miller both felt the lack of resources for children with autism in Tulsa was a problem, so they partnered together to form Autism of Tulsa, which provides information, resources and testing to parents across the area. 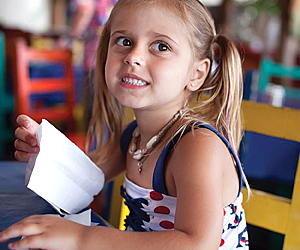 “We’re constantly learning and gathering information,” Miller said. “I don’t ever feel like I’ve gotten to the point where I know everything about autism—I learn something new every day.”

The two believe their proactive approach, one that is shared by a number of parents across the area, is the most effective method of integrating their children into the school and community.

“We like to say life is therapy,” Miller said. “I think it is really vital for parents to tell other parents about their child, because a lot of times that explaining something will increase understanding. Once those parents and their kids know this is the best way to communicate or why the child does this or that in a given situation, kids are pretty understanding—they just need the information.”

Miller said some parents of children with autism make a point of going to speak to their child’s class each year about autism, what it means and that their child really isn’t that different.

“They’ll point out that their child with autism is more similar to other children than different. He plays in band, plays video games and played soccer,” Miller said. “Then they’ll talk about autism and what the differences are.”

Also out of concern for her daughter’s academic life, Kathy Ward knew she had to make a difference from the moment she found out she would have a daughter with Down syndrome.

“Right before she was born one of our first thoughts was ‘Oh, my gosh, she will never experience Catholic schools and that companionship,’ and that really broke our hearts,” Ward said. “One day we woke up and said, ‘Wait, why can’t she?”

Ward worked with the educators at Marquette Catholic School to develop the RISE program, which stands for Religious Inclusive Student Education and allows students with developmental disabilities to have an aide assist them through the school day. Although Ward’s daughter was the first to enroll in the program, there are now seven children participating and able to attend Catholic schools.

“We kind of wanted to open the door for other families,” Ward said. “We just remember that feeling and we just feel like that’s the most important place for her to be. When we found out it was a possibility we just thought, ‘Wow, the next mom at the hospital who’s handed a baby who has Down syndrome is going to know, ‘I have a place for her there’.”

Although the availability of respite care and the number of resources available are growing, parents are really the ones on the front lines helping to integrate children with disabilities into the Tulsa community and to show children that the disabled or special-needs students they go to school with are not all that different. Parents also have to know when to take time for themselves, however.