When policymakers, school leaders, parents and even teachers accept policy without question, accept data without asking what measurement tools were used, who created them and why, or accept inaccurate assessments that punish students who are poor and students of color, then maybe it’s time to rethink how we treat children in public education and ask ourselves why we’re doing it.

A study on Oklahoma’s A-F school grades shows that little significant information regarding accountability and educational inequality can be gained from the A-F school rating system. In their study, “The Informational Significance of A-F School Accountability Grades,” researchers Curt M. Adams, Patrick B. Forsyth, Jordan Ware and Mwarumba Mwavita studied Oklahoma’s school grading system and concluded that “Progress made under NCLB in exposing achievement inequity in the U.S. has taken a step back with Oklahoma’s A-F school grades. Our evidence suggests that a composite letter grade provides very little meaningful information about achievement differences.” (Teachers College, Columbia University)

If it’s not meaningful, why are we using it? Are there better, more meaningful ways to measure and evaluate schools?

A blog in Education Week by contributor Jack Schneider provides some background on the A-F rating system in Louisiana, which can be enlightening to those of us living in Oklahoma. The A-F grading system wasn’t even conceived by education professionals, but by Jeb Bush and ALEC.

The idea of assigning letter grades to schools comes from Jeb Bush’s reform package in Florida and was featured as potential model legislation at the annual conference of the American Legislative Exchange Council (ALEC). See page 46 of this ALEC memo. One week after that conference, the Louisiana Board of Elementary and Secondary Education (BESE) voted to adopt letter grading for schools.

States can do whatever they like with a letter grade formula to manipulate the “graded” outcome. The public will see certain grades and think A=best, F=worst.

Backers of letter grades believe two things. First, they believe that test scores measure school quality. And second, they believe that choice is a panacea. The theory of action, then, is that if you present the public with these grades, they will put “bad” schools “out of business” by moving their children to “good” schools.

Now, both of these assumptions are wrong. Those letter grades depend heavily on student standardized test scores, and most scholars agree that test scores tell you more about family income than they do about school quality. But even if those grades did successfully measure school quality, the market model doesn’t really work. ‘Good’ schools can’t just expand the way a fast food chain can. And ‘putting a school out of business’ often means devastating a community—shutting down a major neighborhood resource.

Yet I do think people need access to information about school quality. Now, that information should certainly go far beyond standardized test scores, and it should give all schools—regardless of student demography—a fair shot at success. Additionally, it shouldn’t be framed in an A-F format, which is designed to scare the hell out of people. But if it were done well, think what better information about school quality would do:

First, it would empower parents and communities to advocate more effectively for their kids. Not by acting as consumers who shop for the top-rated school. But, rather, as invested stakeholders who need a clearer picture of what their school needs to work on.

Finally, I believe that better measures of school quality might actually challenge some of the troubling assumptions people have with regard to where good schools are located. Sure, suburban schools tend to have higher test scores than their rural or urban counterparts. Insofar as they tend to serve a more affluent clientele, that makes sense. But are they better schools? Are kids really being better served at those schools? When resource-rich and quality-conscious parents assume that they need to head to suburbia in order to give their kids a decent education, they not only might be wrong, but they also intensify segregation in the process.

So I’m in favor of measuring school quality. I just think we need much better measures.

…these rating systems are often designed by policy leaders who believe that the schools are failing, and that their assumptions seep into these systems.

I am always skeptical when I hear the words “data driven,” especially when it is applied to schools and children.

And, because school accountability has become so closely tied to standardized testing and “data-driven” methods since the implementation of No Child Left Behind (NCLB), here are some suggestions for better, more accurate assessments of schools and children from Lorrie A Shepard, university distinguished professor in the research and evaluation methodology program of the school of education at the University of Colorado Boulder.

Dr. Shepard writes in Education Week, As an assessment researcher who has studied both high-stakes statewide tests and very different classroom-assessment processes, I am alarmed when testing advocates claim that test data will automatically serve equity goals. Advocates do not acknowledge any potential harm from testing for the very students in communities of color most traumatized by COVID-19. If the downsides were factored in, I believe most, even all, state tests would be canceled for 2021.

Recent studies of data-driven decision-making warn us that test-score interpretations can lead to deficit narratives—blaming children and their families—instead of prompting instructional improvements. High-stakes tests can also lead to stigmatizing labels and ineffective remedial interventions, as documented by decades of research.

Some advocates, alert to the potential for harm, have argued in favor of testing but without accountability consequences. Clearly it would be unfair to hold schools and teachers accountable for outcomes when students’ learning opportunities have varied because of computer and internet access, home learning circumstances, and absences related to sickness or family disruption.

One of the main arguments for testing this spring is to document the extent of learning loss, especially disproportionate losses affecting poor children and communities of color. We are told those data would then be used to allocate additional resources to support students who have fallen the furthest behind.

Indeed, massive investments are needed—especially for summer school and individual tutoring to redress educational inequities exacerbated by the pandemic. Marc Tucker at the National Center on Education and the Economy, for example, urges that we invest in a national tutoring program like that being developed in the United Kingdom.

We already have enough evidence of COVID impacts to warrant federal investments. At the state level, there may not be new monies to allocate because of budget cuts.

Testing advocates should also consider the technical difficulties of testing during a pandemic. Remote testing requires security protocols that would violate privacy laws in some states, and even with such protocols, remote and in-person test results could not be aggregated or compared as if they were equivalent. Bringing all students into schools for testing when some are still learning remotely is unfair.

Consider, too, that the many students who are now absent from remote learning would likely be absent from testing, skewing results compared with previous years. Given the likely inaccuracies in 2021 state test scores, other data sources might be just as good depending on the intended purpose for testing.

If state policymakers need tests to convince them that learning needs are dire, then periodic, computerized tests already administered by districts will work, as shown in new studies by NWEA and Renaissance Learning.

To allocate resources to districts facing the greatest obstacles in meeting the needs of their students, states could use opportunity-to-learn indicators. Data on device and internet access, absences, and time spent in remote (as opposed to in-person) learning, especially for emerging bilingual and special education students, could provide direct evidence of disproportionate needs across districts.

Bear in mind that state tests do little to guide instruction for individual students. Knowing which students are below proficient does not tell teachers what skills they have already mastered nor what understandings students still need. Assessments embedded in high-quality curriculum or key assignments are the best way for teachers to gain substantive insights about children’s thinking, plan instruction, and share information with parents.

Some parents, it is argued, want independent evidence as to whether their children are meeting grade-level standards. But parents lobbying for testing are in the minority. University of Southern California researchers Daniel Silver and Morgan Polikoff reported nationally representative survey results showing that, in October, 64 percent of parents were in favor of canceling standardized testing for spring 2021.

Even with flawless rollout of COVID-19-vaccination programs, it is unlikely that all or even a large majority of students will be back to full-time, in-school learning by the end of February. I think a good rule of thumb would be that students should have been back to normal school for at least a month before being asked to spend a week taking state tests. The new federal education secretary should grant states testing waivers if the condition of a month of in-person schooling cannot be met.

If such a condition can be met, state officials should still weigh the value of going ahead with testing, making explicit how test results will be used to benefit students. What actions will be taken based on the test scores?

This all feels depressingly like the same argument I had with civil rights leaders around the testing provisions of the No Child Left Behind Act of 2002. My colleagues believed that calling out test scores for Black and brown children would force attention to inequities. Some admit today that congressional appropriations did not follow on the scale that was hoped for or needed and that negative side effects were greater than intended.

Before the pandemic, inequities were as great or greater than in 2002 and now are devastatingly worse. Let’s not repeat old testing mistakes.

While the pandemic has certainly highlighted inequities in schools, those inequities have existed for generations, and more than 20 years of public school “reform” (under NCLB and then the guise of “choice”) has not even put a dent in the surface of the problem. It has merely made those in ed-tech, the charter industry and the testing/accountability industry very wealthy on our public dollars that could be going to improving class size, providing counselors and libraries, providing more literacy and special education professionals, providing wrap-around services and relevant curricula to children. 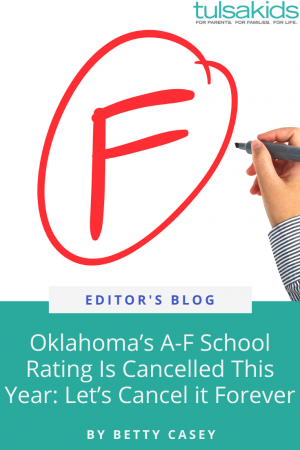