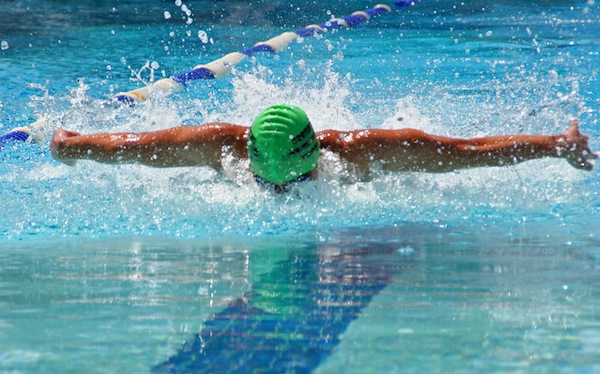 All eyes are on Rio this month as some of the world’s greatest athletes gather for the Summer Olympic Games. Watching the winners beaming on the podium, it’s easy to forget all of the hard work and sacrifice it takes to get to that point. As any competitive athlete knows, the road to the Olympics, or even just a state championship, is a long and challenging one with plenty of turns and an occasional dead end. Participating in sports at an elite level requires a particular mix of ability, determination and support.

A member of three Olympic Teams who holds two gold medals, gymnast Bart Conner knows a thing or two about competition. He and his wife Nadia Comaneci, also an Olympic multi-gold medalist, own and operate Bart Conner Gymnastics Academy in Norman, OK. According to Conner, it takes more than just innate athletic ability to reach the top.

“The most important characteristic of a champion gymnast is the ability to work hard every day and focus on incremental progress,” he said.

“It’s more mindset than skill or ability,” Sloan said. “You can have all the talent in the world, but if you don’t have the work ethic, the drive, the understanding and desire to be a student of your sport, then you’re not going to go anywhere.”

According to Tulsan David Jenkins, an Olympic gold medalist skater and retired gastroenterologist, “The drive must come from within.”

While Jenkins noted that good coaches, facilities and competition are also important, “One needs to be able to respond under immense pressure with their best performances. That’s not something that can be fully trained. It lies within the athlete.”

All three agree that while parental support is important, too much involvement can have a negative impact.

“Parents play a key role in supporting their children, but they must also not push too hard,” Conner advised. “If the child feels that they’re doing this for the vicarious dreams of the parents, they will often burn out.”

Sloan concurs. “The best thing is for parents to be supportive but in the background, almost like a support system the kid doesn’t even see. If the parents are too involved, it becomes the parents pushing the kids, and it’s the parental drive you’re dealing with,” he said.

“Parental and other support is important,” Jenkins said. “However, athletes can be destroyed by excessive outside involvement, expectations and pressures.”

Competing at a high level also means endless hours of training for an aspiring athlete while many of their peers are hanging out with friends, surfing the Internet or just being regular teenagers.

“To reach the highest levels in any activity, you must be able to intensely focus on the task at hand,” Conner said. “So, for a period of time, your life as an athlete is a bit out of balance because of the amount of time and energy spent trying to achieve your goals.”

According to Jenkins, competing as an individual athlete, rather than as a member of a team, comes with its own challenges.

“The downside for the individual athlete can be loneliness and excessive expectations by yourself and by those around you,” Jenkins noted. “It can be an extraordinarily self-centered, narcissistic existence for some. Individual event athletes can feel very separated from their peers, many of whom are their most intense competition. It is not a normal existence and is so much influenced by those around you.”

Still, both Jenkins and Conner would agree that their lives have been enhanced in many ways by their sports.

“Just about everything in my life has been positively affected by my Olympic journey,” Conner said. “I am lucky to have won medals and traveled the world. I also learned a strong work ethic because of my sport, and I built my business career around gymnastics.”

“I feel my ability to set goals, focus on challenges and deal with stress has made me a better husband, father and physician,” he said. “I also feel it helps me deal with setbacks more effectively.”

While many athletes may never reach the highest levels of competition, there are numerous benefits to participating in a sport beyond just physical fitness.

“I think there are dozens of benefits of playing youth sports including learning about discipline, hard work, leadership, grit and resilience,” Conner said. “All these qualities are keys to success in life, school, business and relationships.”

Jenkins agreed. “One can learn self-discipline, how to make choices, how to sacrifice to achieve a goal and the ability to focus,” he said.

Conner summed it up well.

“There are over five million children participating in gymnastics in the U.S., yet only five young men and five young women will actually make the Olympics, but the journey is the most important part,” he explained. “It’s always fun to win medals and receive recognition, but I think it’s important to focus on the value of the journey and the struggle since this is where the most important lessons are learned.”