Nine things to do when you can't travel to Britain

Lately, I’ve been finding solace in dreaming of future British vacations. Obviously, I won’t be traveling to Britain any time soon because COVID. But even so – time, money, all the usual suspects are keeping me stateside. That doesn’t mean I can’t dream, though! And maybe do a little vicarious living. So if you, too, are hearing London calling but can’t answer the call, here are some things I’ve done, watched and read recently to tide me over. This is basically a 100% self-indulgent post, but maybe you’ll find them enjoyable as well! Or at least be inspired to plan your own imaginative getaway.

Also, although some of these suggestions are more geared toward adults, I just found out that the Tulsa City-County Library’s column in our March magazine will be all about planning an imagination vacation! So keep an eye out for some great resources for travel-hungry kids in our March issue. 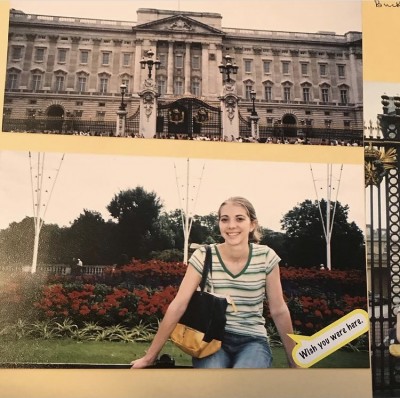 My Nana took me to England following my senior year of high school. We saw the British Museum, Hampton Court, Buckingham Palace…and my favorite, the Tower of London! It was an incredible trip, and I’m so grateful to have those memories! 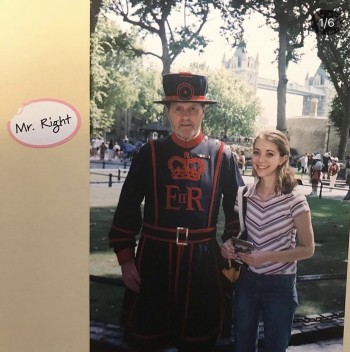 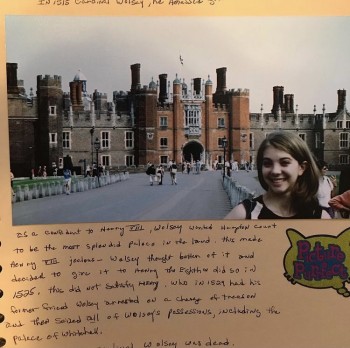 My Nana put together this fantastic scrapbook after our trip 🙂

The Full English Breakfast seems pretty customizable depending on your preferences. I tried making one the other day with sausage, beans, mushrooms, eggs, roasted tomatoes and toast. The only problem is, I didn’t realize how long sausage takes to cook, so my timing was a little off! 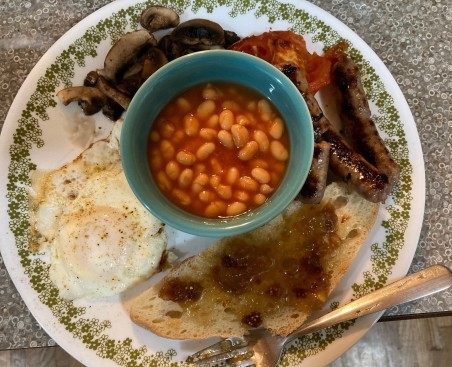 But other than that, it’s an easy – if hefty – meal to make. And probably a nice departure from your regular fare. I used this recipe from the BBC. The only thing we were missing was the black pudding and bacon! One of those was missed more than the other. But I’ve never tried black pudding, so I might like it?

I learned about the Mac B, Kid Spy series when sourcing recommendations for fun books to read out loud. Someone mentioned that Mac B, Kid Spy is a great read-aloud because you get to do your best impression of a British accent. And it’s just as fun as she made it sound!

Mac B is a kid growing up in the ’80s who gets recruited to be a spy by the British queen. She flies him around the world (somehow his mom is ok with this), and he goes on amazing adventures. Not only are the books hilarious, but they’re pretty multi-layered! Kids will learn about British history, life in the 1980s and world geography and be thoroughly entertained while doing so. I’ve learned from the books, too. In Book 4, Mac visits the original Nintendo headquarters. I had no idea that Nintendo started in the 1880s as a playing card factory!

Plus, Mac’s mom has a boyfriend, Craig, whom he does NOT like, and you get the impression that he’s not one of the cool kids at school. So there are some interesting relational elements as well.

I’m going to be honest and say this meal wasn’t a success. It started with fish soup, and apparently my husband thought the house smelled like trash when he came home. He put it nicer than that, don’t worry. That’s more of a commentary on the freshness of the fish than the recipe though. And it actually tasted good! 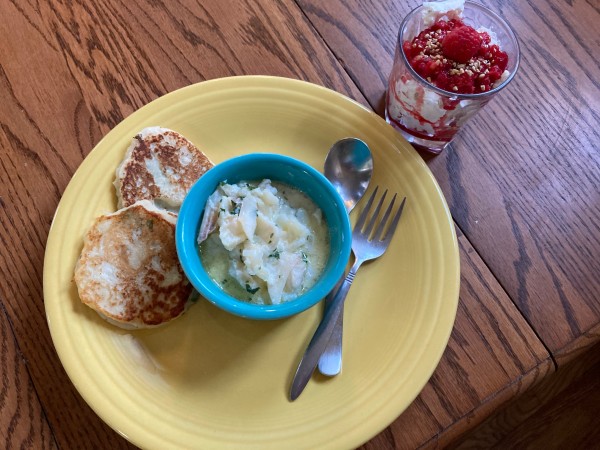 Anyway, I recently heard about Burns Night Suppers because the ideal day to throw them is January 25, the poet Robert Burns’ birthday. Basically, they’re a celebration of Robert Burns. According to Wikipedia, “Burns suppers may be formal or informal. Both typically include haggis (a traditional Scottish dish celebrated by Burns in Address to a Haggis), Scotch whisky and the recitation of Burns’s poetry. Formal dinners are hosted by organisations such as universities, sporting clubs, Burns clubs, the Freemasons or St Andrews Societies; they occasionally end with dancing or a ceilidh. During the global pandemic in 2021 Burns Night celebrations moved online and were popular amongst families eating at home.[6][7][8] Formal suppers follow a standard order.” Click here to see the formal supper order.

Ours was decidedly informal. I made fish soup, turnip-and-potato pancakes and Cranachan, a whipped cream/compote/whiskey dessert. Haggis is an important element of a Burns supper, but that’s in short supply in these parts! I was going to just serve sausage instead, but after making the soup and pancakes…I’d had enough cooking, to be honest!

Here’s a suggested Burns Night menu from the BBC: https://www.bbcgoodfood.com/howto/guide/how-throw-burns-night-supper.

Joss and I watched this video of an actor reciting Burns’ “Address to a Haggis” poem. This was after I tried to sound it out myself, and Joss cracked up laughing at me. I recommend reading along while you listen!

A couple months ago, my brother introduced me to the British panel show Taskmaster, and it’s quickly become one of my favorite things. You can watch most episodes on YouTube. Keep in mind that, when it’s in-season, Taskmaster airs a family friendly version on Sundays. Which means that the regular airing is less so. Some of the YouTube videos are edited, and some are not. But they’re all hilarious!

Basically, the setup of the show is that a panel of five comedians are assigned random tasks. Anything from “Eat the most watermelon in 5 minutes” to “Make the Taskmaster a meal using ingredients that start with every letter of the alphabet.” And because they’re all comedians and the tasks are so random…it’s laugh-out-loud funny. In my opinion 🙂 Most of the tasks are pre-recorded, and then the live show is a mix of pre-recorded, hilariously edited tasks and on-stage banter.

For the hometasking series, the Taskmaster’s assistant, Little Alex Horne, gives a prompt every Thursday. You typically have four days to complete the task and upload a 20-second video to Twitter using the hashtag #hometasking. The results are shared in a compilation video which comes out Thursday as well.

Most recently, the task was to “throw something into something else. Most unbelievable throw wins.” Since we are good at neither throwing nor catching, I made some disgusting balls out of toothpaste, sundried tomatoes, cat food and flower. Daniel threw them and I caught one (more or less) in my mouth. Unbelievably disgusting.

We haven’t made it into the compilation video yet. I have no idea how many people participate, or if we’re even eligible. Either way, it’s a lot of fun!

I’ve written about my love for the Great British Bake Off previously, so here’s a newer recommendation. “Glow Up: Britain’s Next Makeup Star” is exactly what it sounds like. A competition show for make up artists. I’ve enjoyed dabbling in face paint during the pandemic, largely in part due to watching this show. The skill level is incredible! It’s a great thing to watch if you just want to see some incredible artistry and enjoy British competition shows. The first two seasons are available on Netflix.

I finally got around to watching “Derry Girls.” Again, this is a recommendation for adults! I’d heard how good this show is, and after watching members of the Derry Girls cast on a holiday Bake Of episode, had to give it a try. Loved it! It follows a group of five high schoolers living in a small town in Northern Ireland in the 1990s. So it’s a fascinating historical backdrop for the absolutely absurd situations these girls (and their British cousin James) find themselves in.

7. Add James Acaster to Your Repertoire

I didn’t know who James Acaster was until I watched Taskmaster. It turns out he was on an episode of Celebrity Bake Off I probably watched at some point.

“Started baking it. Had a breakdown. Bon appetit.”

Anyway, he has a four-part standup series on Netflix called “Repertoire,” and I’m trying to spread the word so more people can enjoy it with me. Just like I have done in the past for “Miranda” by Miranda Hart, my all-time favorite TV show ever! (Also British.) One of the great things about “Repertoire” is that it’s very quotable and he discusses everyday objects a lot. So I’ve decided to do an Instagram series pairing quotes from the show with related selfies. Having a blast. Definitely fits the bill for “doing something creative during quarantine that doesn’t take a whole lot of brain power on my end.” 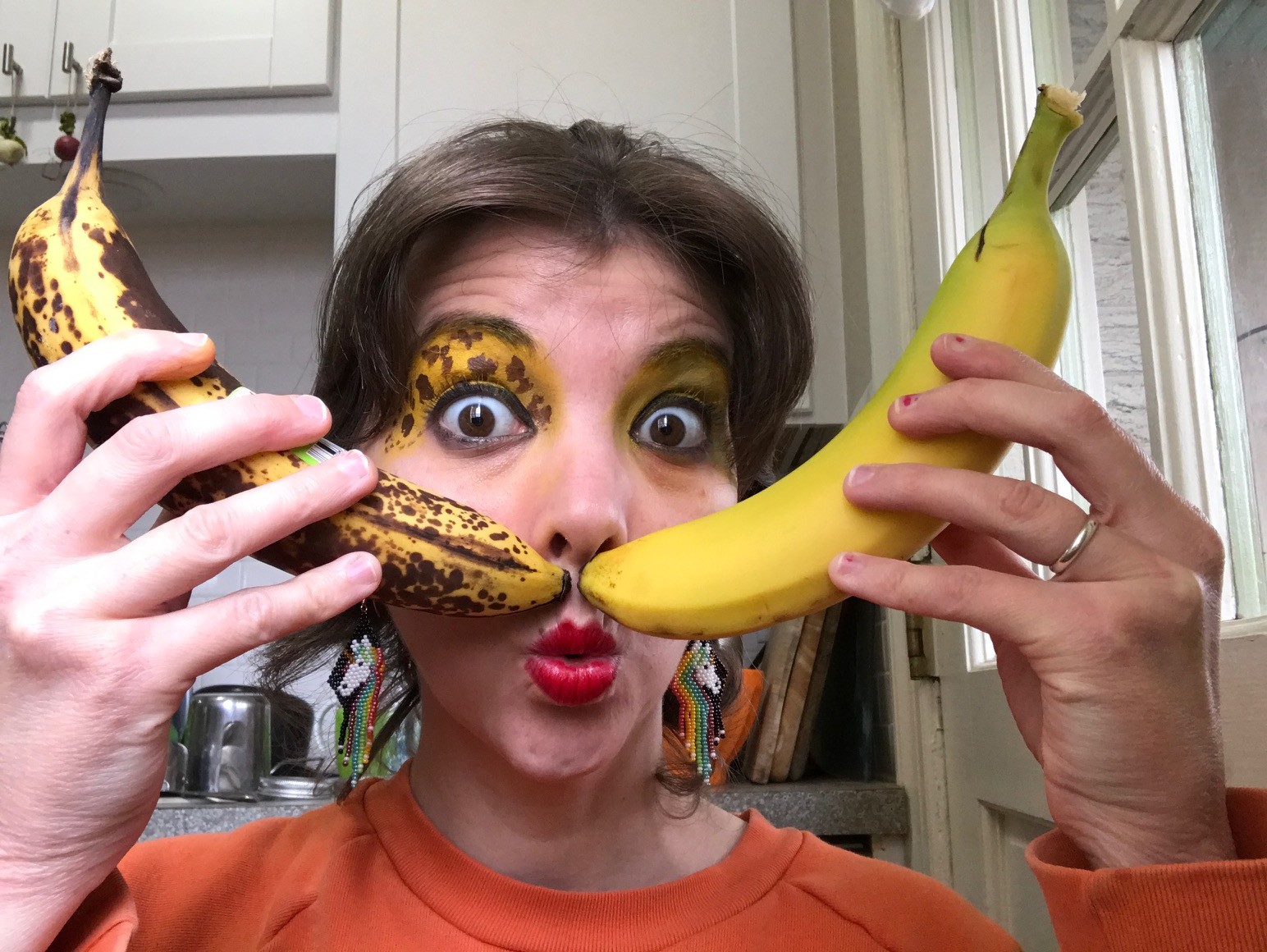 Since several of these recommendations aren’t necessarily kid friendly, I wanted to share some things that you and your kids could actually enjoy together! Here are some kid films that can help you get your British fix.

What did I miss? Comment below so others can see! Also, take a visit to World Market to pick up some appropriate snacks!

I almost forgot! I discovered a new Gary Schmidt book when browsing Tulsa Library’s Kindle offerings. Gary Schmidt is an incredible author. His books usually make me cry. Most that I’ve read are middle-grade with male protagonists. “Pay Attention, Carter Jones,” tells the story of a young boy whose family is surprised with a visit from a British butler. The butler was a gift from Carter’s late grandfather, and he arrives at a time when his mom could really use an extra pair of hands. Carter’s father is deployed and *spoiler alert* up to some shenanigans, as it turns out.) Although initially embarrassed by the butler, Carter learns to appreciate him – and learns a lot about the game of cricket in the process!

Carter finding out about and coming to terms with his father’s bad decisions are where the tears come in. But there is a ton of humor woven throughout as well.

This is obviously just a small list of the many relevant shows, books, etc. I could recommend. But I tried to stick with things I’ve done or seen recently. What would you add to this list? Let me know in the comments! Please – because it’ll probably be a few years till I can get back to London, and I am literally dreaming about it with increasing regularity. 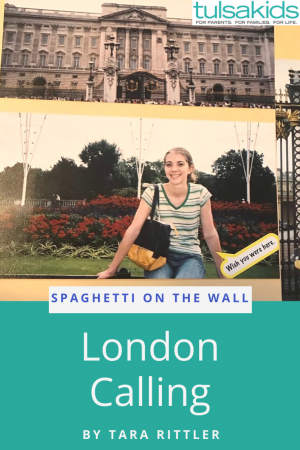