What’s in a name?

Why are women expected to change their name when they get married? 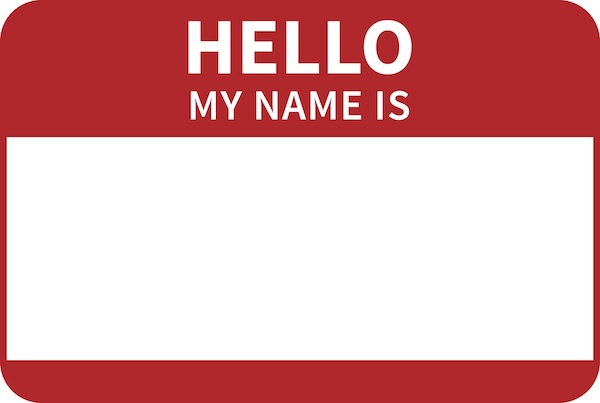 Although Shakespeare famously quoted, “What’s in a name, a rose by any other name would smell as sweet,” I have to question him.  Most of us love hearing our name, especially when it’s spoken kindly.  We bond with our name and it becomes part of our identity. Even dogs respond to their names.  So why do we expect women to suddenly change their names when they get married?

When I married for the first time in the 1980s, it was considered radical that I hyphenated my birth last name (maiden name) with my husband’s last name.   My husband and family were supportive of the decision; it was friends and relative strangers that questioned me.  The only reason I took any part of his name was so our future children and I would share part of a last name.  Looking back, why did I assume the children would take his last name rather than mine?

When I divorced, I made the decision to keep the hyphenated name for several reasons. I was known by this name, both personally and professionally. In many ways, it had become part of my identity. Changing names is a pain, involving driver’s license, passport, credit cards, bank accounts, social security cards – basically anything with your name on it must be changed! Most importantly, I wanted the continuity and the connection of sharing part of a last name with my children.

When I remarried ten years later, I informed my soon-to-be husband that I wouldn’t be changing my name again. I would be keeping the hyphenated version of my birth name and my ex-husband’s name.  I loved his response, “ I don’t care what your last name is, I’m just happy you’re marrying me!”

My new husband had no issues with me not adopting his last name, but the HR person at my job seemed to care deeply. Knowing I had remarried, she asked for the information about my new last name. Despite informing her I would not be changing my last name, she stubbornly persisted, stating the change was required. This led to quite a frustrating verbal back and forth, her insisting I must and me holding firm and saying no, I did not and would not.  Pulling out the big guns, she said, “The IRS will require you to change your name.”  Laughing at the absurdity of that, I informed her “the IRS doesn’t care if my name is Rumplestiltskin, as long as they have my Social Security number and I pay my taxes!”  With an exasperated sigh, she stalked away, presumably back into the 1950s!

If you are currently going through a divorce, make sure the name change issue is addressed in the divorce decree. It can be a source of contention for some divorcing couples and is best taken care of at the time of divorce. If you decide to change back to your birth name, it’s a fairly simple process if done at the time of divorce. If you want to keep the married name, it should be your decision, but I know of at least one case where the husband tried to legally force his wife into giving up his last name. He did not succeed.