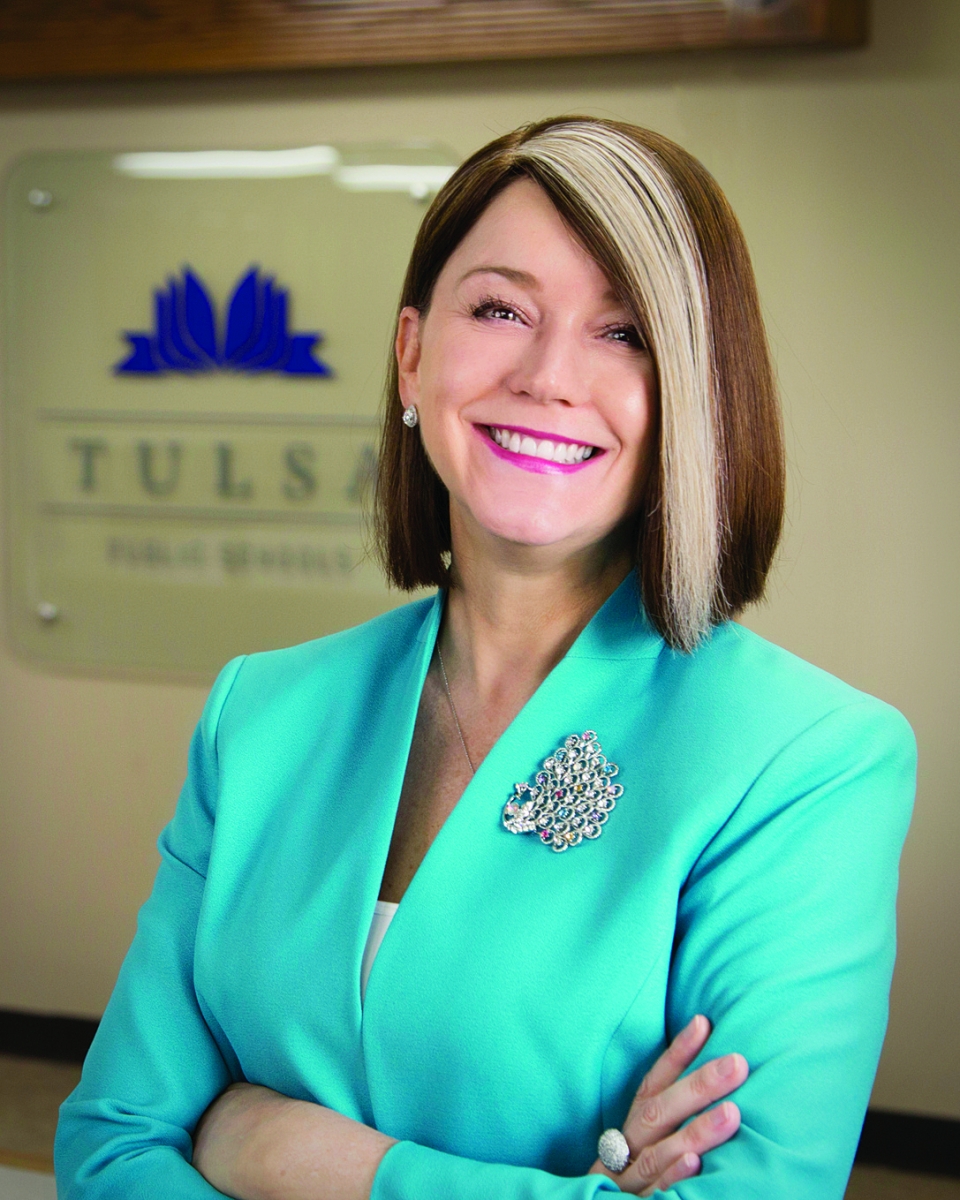 New Tulsa Public Schools Superintendent Deborah Gist keeps a career project on her desk from her eighth-grade year at Nimitz Middle School. Pictures of young children cut from magazines are glued to the tattered orange folder and the words “Pre-School Teacher” are written in black marker across the front.

Gist, who says she has known “for a very long time” that she wanted to be a teacher, began attending Tulsa Public Schools in kindergarten and is a 1986 graduate of Tulsa Memorial High School. She returns to Tulsa from Rhode Island where she was the Commissioner of Elementary and Secondary Education. Prior to that, she has been a classroom teacher, has worked in public education policy and also as State Superintendent of Education in Washington, D.C.  Gist holds a Bachelor of Science in Early Childhood Education from the University of Oklahoma, a master’s degree in Elementary Education from the University of South Florida, a Master in Public Administration from Harvard’s Kennedy School and a doctorate in educational leadership from the University of Pennsylvania. She is the first woman to lead Tulsa Public Schools.

For Gist, returning to her hometown as Superintendent is  “a dream come true. I truly love this city,” she said, “and I feel like in so many ways I’ve been an ambassador for Tulsa. I’ve also watched Tulsa from afar, and I’ve been so excited to see some of the positive developments happening in the community.” Gist mentioned her pride at seeing the dedication and opening of Reconciliation Park in acknowledgement of the Tulsa Race Riot. “It sends a message of hopefulness about Tulsa’s future.”

And, despite myriad and complex obstacles facing Oklahoma public schools, Gist is hopeful about the future of Tulsa’s children. “We have fantastic families and children in our community,” she said, “and I love getting to meet them, and the community support that we benefit from is tremendous.”

Gist mentions, in particular, the overwhelming voter support for the most recent $415 million bond, which she says demonstrates that Tulsans value their public schools and are willing to “step up when necessary to provide support.”

In addition, Gist says that visiting schools and classrooms has allowed her “to see some really talented educators who are succeeding in spite of a lot of obstacles that are in their way right now.”

According to Gist, the biggest obstacle is the current teacher shortage. “It’s something we’re going to have to address as a community and as a state,” she said. “I’m not sure that people really appreciate how serious the situations is. We’ve made a big commitment to start our year fully staffed.”

Gist’s goal is to have teachers in all grade level classes and high school subject classes. “The impact of not having someone in those core classes means that a student either has a permanent substitute or they’re divided up into other classes, which means our class sizes are too large and teachers are having to deal with that.”

Teacher recruitment and retention are  complex problems for which Gist says she is using any and every tactic at her disposal. Methods range from sending staff to recruit teachers from throughout the United States and other countries to personal invitations for teachers to hold off on retirement.

“There are a number of problems in retaining and recruiting teachers,” Gist said. “One is the teaching salaries in our state. While teachers don’t come into this profession because they think they’re going to have this lucrative career necessarily, they do need to be paid appropriately, and they need to be paid as professionals. They work incredibly hard. They are highly skilled and they have options.”

Gist pointed out that one of those options is to leave for one of the surrounding states, which all pay significantly higher salaries than Oklahoma.

“There’s more than [pay] too,” she added. “I think there have been a variety of things that have happened that have really affected the morale of teachers. And I’ve heard this directly from teachers, and I can just tell from watching from afar. The question I ask myself is what are we going to do about that? How are we going to make Tulsa the most desirable, the most prestigious, the most awesome place for a teacher to teach? I’m going to find that out very specifically from our teachers, but generally, teachers want to be respected. They want to be treated as professionals.”

Classroom autonomy is an area that Gist feels can be improved. “Teachers love what they do,” she said. “Teaching is more than a job for them. It’s my job to make sure our district is supporting them so that they can do their job well. What kind of opportunities can we provide for them to improve their practice and spend time with their colleagues, and really enjoy the professional part of being an educator?” 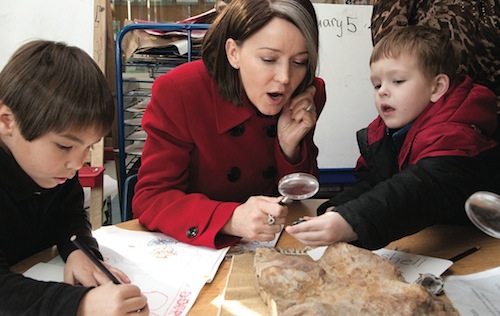 Gist says teachers have expressed frustration over being left out of policy decisions. They are also concerned about an overabundance of standardized testing and confusion over academic standards that have shifted from PASS objectives to Common Core, which will soon be replaced by new Oklahoma standards. A draft of these standards is available to view at ok.gov/sde/Oklahoma-academic-standards.

Gist believes that teachers should have a voice in policy decisions, both those that are happening now, and for the five-year plan for the district she and her staff will be working to complete by December. She is currently meeting with the teacher task force created by former Superintendent Ballard, and with Tulsa Classroom Teachers Association (TCTA) leadership. In addition, Gist is holding informal lunches and gatherings to invite input from educators.

While Gist says that she does “feel like we have too much testing in some places,” standardized testing is a “very small” percentage of the school year in elementary school. She asserts that high school testing can become problematic because students may take EOI exams more than once in order to graduate, but testing in other grades is not overly burdensome. And she believes the recent State PTA vote to encourage parents to opt their children out of state tests will prevent families from knowing how their children are performing.

“So, I think that I would recognize the value of assessments in our schools,” she said. “I know they give us really important information, but we have to find the right amount, and we have to make sure that the information we’re getting is really improving instruction, because if it’s not improving instruction, then we’ve lost the rationale for a lot of what we’re doing in the first place.”

Parents opting their children out of testing hasn’t been a problem in the past, according to Gist, but it could become one if too many parents choose to opt out. “I think we have to help parents see why the assessments matter,” she said. “And reassure them that the ones that we’re giving are important. If we had people choosing to opt out, it would make it very hard for us to have a consistent understanding of how our schools are doing in the city.”

As the school year begins this month, Gist plans to continue reaching out to teachers, staff and administrators by visiting every school building before the end of the semester in December. She hopes the site visits will give her an overview of the district as she begins to circle back to the areas that need the most support.

“I’ve been paying attention,” Gist said. “We’re definitely using the feedback that we’re getting. We’re going to start the year off strong – not just a smooth start, but an exceptional start to the year.”