I remember seeing the film “Children of a Lesser God” when it came out in 1986. Marlee Matlin was amazing in her starring role as Sarah. In her film debut at age 21, Matlin won an Academy Award for Best Actress and, at the time, was the youngest actress to receive the honor. For those of you who don’t know, Matlin is an actress who happens to be deaf. The mastery of the movie, to me, was that I never thought of it as being a story about deafness, even though Sarah (Marlee Matlin) is deaf, and the setting is a school for deaf children where James Leeds (William Hurt) is a teacher who becomes Sarah’s love interest. “Children of a Lesser God” is not a story of disability, but a love story where communication and miscommunication create the tension.

What I didn’t know until I attended a recent Tulsa Town Hall presentation by Marlee Matlin and her long-time friend, actor Henry Winkler, was that Matlin was accused by some in the Hollywood press of receiving a “pity award” for her performance in “Children of a Lesser God.” What should have been a celebratory moment for Matlin became a confusing and painful time. Discouraged, Matlin (and her Oscar) showed up on Winkler’s doorstep. She asked Winkler if she could stay a week and ended up spending two years living with Winkler and his family.

So, how did the actors meet? Winkler met 12-year-old Matlin in Chicago. At that time, Winkler was “The Fonz” on “Happy Days” and Matlin was a student at the Center on Deafness, a community theater where she caught the acting bug. Winkler and his wife visited the Center and were mesmerized by Matlin’s dance performance, not because she was a deaf girl dancing, but because, as Winkler told it, he was completely taken in by Matlin’s grace, ability and her heart on stage.

Matlin said that afterwards, she ran up to Winkler and told him that she wanted to be an actor like him. While Matlin’s parents had always been supportive and never treated her as person with a disability, her mother was afraid that she could never be accepted as a Hollywood actress. She told Winkler not to encourage her daughter.

Winkler said, “You’re talking to the wrong guy.” Not only did he think Matlin had the talent to become an actor, he also understood what it meant to overcome a disability. Throughout his life, Winkler had struggled with undiagnosed dyslexia. Unlike Matlin’s parents, his parents were not supportive. They called him a “dumb dog” in their native German, and teachers labeled him as lazy or stupid. Determined to become an actor, he kept working at his craft. A drama teacher told him that he could make it (if he ever managed to graduate).

Besides being successful actors, Matlin and Winkler are advocates for individuals with disabilities, using their fame to break down barriers. They openly share their own experiences to encourage and inspire others. Winkler has written a book series featuring a boy named Hank Zipper, a boy with learning disabilities based on his childhood. The books are both humorous and gentle. 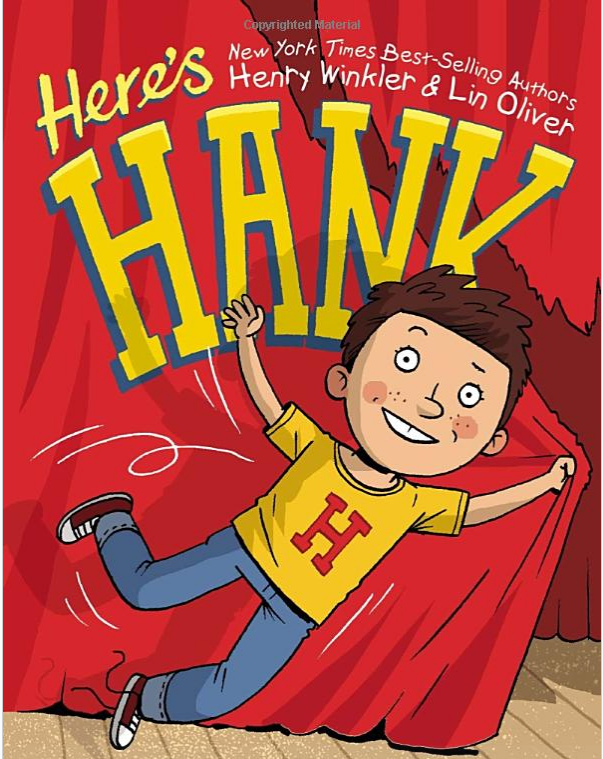 Matlin and Winkler were delightful onstage at their Tulsa Town Hall presentation. The pair’s humor, warmth and willingness to share fun anecdotes along with their personal struggles as they followed their dreams was inspirational.

Tulsa Town Hall brings a series of thought-provoking individuals and ideas to the Tulsa PAC stage every season. The 2020-2021 Speaker Series features David Brooks, Kevin Kallaugher, Karl Rove, Nick Buettner and Henry Louis Gates, Jr. to town. Lectures are 10:30 – 11:30 a.m. (sneak out of the office for an early lunch that day – you won’t be sorry!) You must purchase a season ticket as individual tickets are not available. Series tickets are available now. Go to www.tulsatownhall.com for more information. 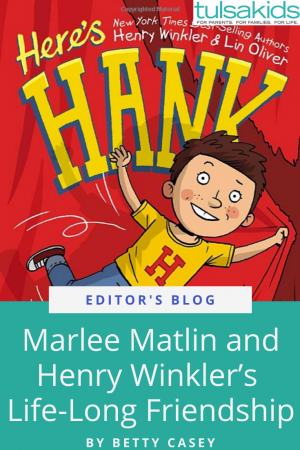