Times, They are A-changin'

You may have noticed one of my 11-year-old sons has long hair…really long hair. I’ve never really written about it because from my point of view, there’s never been a story in it. To us, it’s pretty normal, and although I’ve heard stories from other moms online about their boys getting hassled or bullied for their long hair, that hasn’t really been our experience. But recently, a mom turned to one of my favorite local Facebook mom groups to ask if any moms with long-haired boys had experience fighting school dress codes, and a few dozen moms chimed in with pics of their long-haired boys. 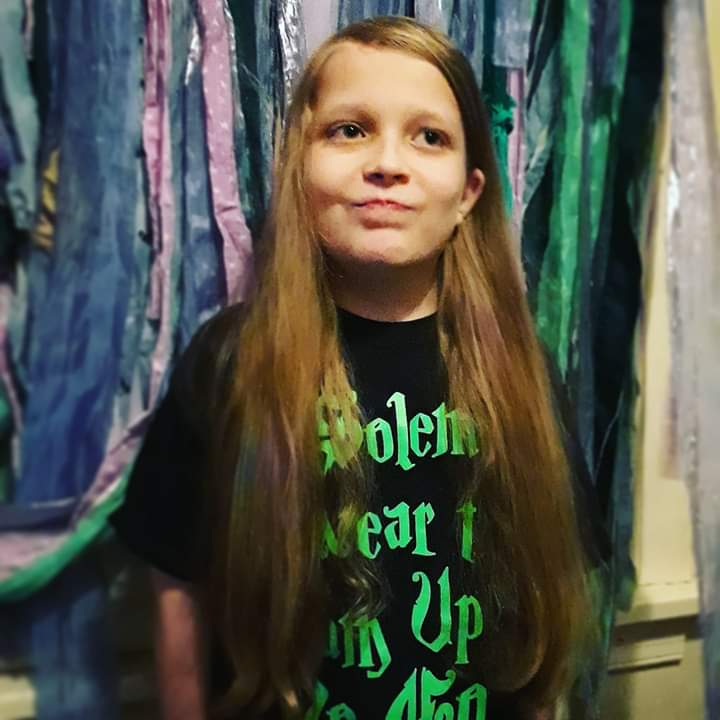 Seeing her post made me realize the story in it is that long hair has become so common for boys. Someone should tell those few schools and individuals who still equate long haired-males with counterculture and defiance that Y2K passed a long time ago. It’s time to put down the Power Ballads Mix Tape and get with the program.

When Buttoned Up Doesn’t Fit

Looking at his parents, it shouldn’t come as a surprise to any of our readers that our son prefers his hair long.

In the 24 or so years I’ve known my husband, he’s oscillated between long hair and shaggy hair. A couple of times when he was trying on a real estate career or had a new job, he made a clean cut. While it looked nice, he always had the energy of an imposter from a parallel universe. Our neighbor Scott once said of a mantle pic where we both had uncharacteristically normie hair that it must be freeing to finally have escaped a cult. 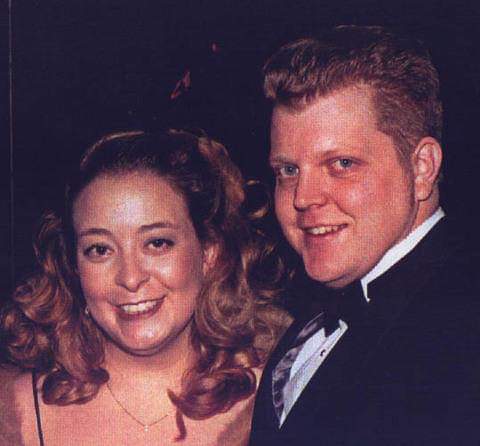 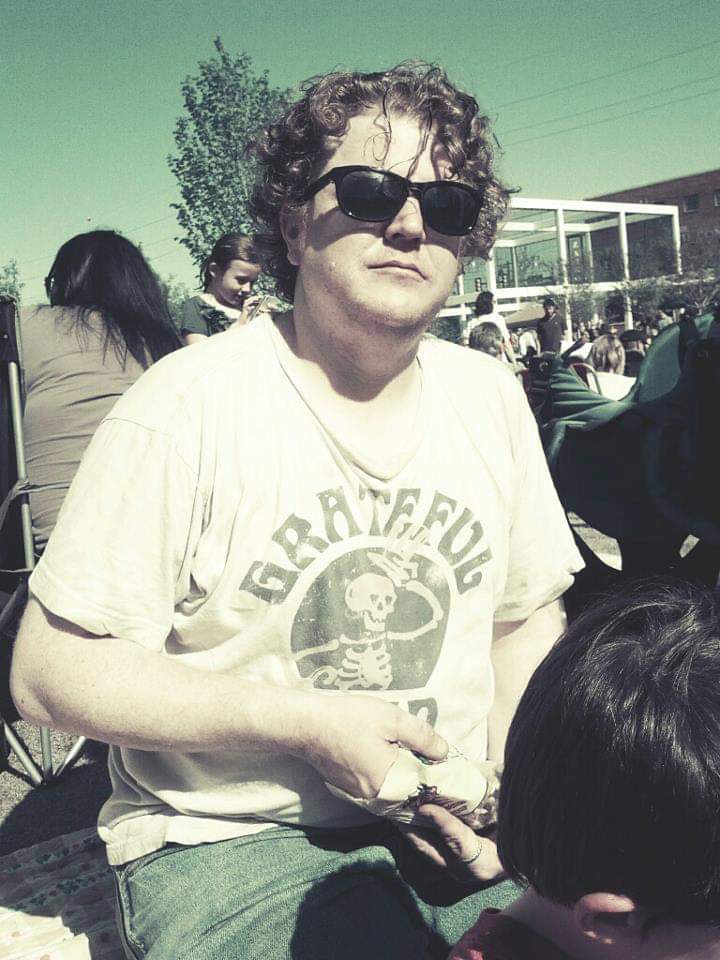 It was a fair assessment.

I love clean haircuts on other people. There’s something really alluring about the buttoned-up look. Crisp. Minimalist. Like a Pottery Barn ad.

But although we both tried on buttoned up in our younger years a few times, it fit us like a pair of size ten pants when you know you really need a 12. And I mean really, who were you ever fooling squeezing into those capris like an overstuffed sausage? You were fooling no one. Least of all yourself.

Arthur can’t tell you why he has long hair because it’s that much of a non-issue to him.

My firstborn and middle child thanks to his older brother/cousin, Arthur has always been a bit of a hippie spirit at heart. At seven years old, he proclaimed he no longer wanted to eat most meat on the basis of unethical farming practices. He’s been a pescatarian for the past four years. Arthur is a bit of a deep thinker, a manga-loving, soulful, sardonic child who loves Bowie and the Beatles.

When he was little, we kept his hair longish for practical reasons. We were struggling financially, and long hair doesn’t require as many haircuts. But once he started school, we let him make his own decisions, and very early on he preferred his hair long. 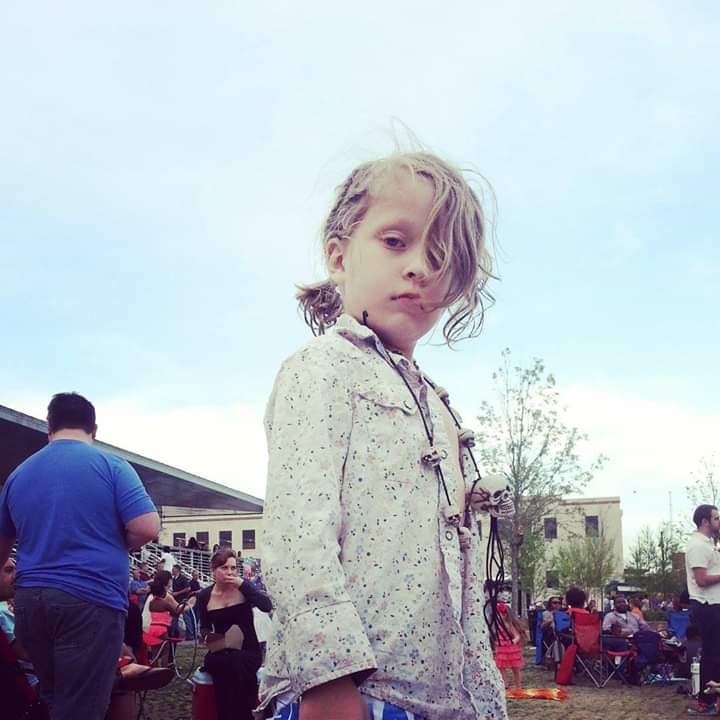 In one of his early grades, he came home upset that a kid at school had called him a girl. At the time, I didn’t understand that he wasn’t as fragile as I thought he was, and it broke my mama heart. “Do you want to get your hair cut?” I had asked him.

He looked at me indignantly. “It’s not my fault other people can’t tell the difference between a boy and a girl.”

I asked him recently why he prefers his hair long and he shrugged. “It just looks cool.”

I’ve heard other parents say people give their boys a hard time about their long hair, and this article makes it seem like long-haired boys walk through life getting a storm of heck from everyone.

This blog about another long-haired Arthur gets into bullying as well.

I suppose we’ve been very lucky because that hasn’t been our experience at all. While people do sometimes mistake Arthur for a girl, it’s happening less as gets older and his pre-teenish maleness begins to assert itself.

Arthur tells me that none of the kids in his school have really said anything to him about his hair.

“Only one person in school really ever teased me about my hair,” he told me, “and I really just ignored them. It was just like this one person that was calling me a girl and calling this girl with really short hair a boy. He was really rude. But then again, they were like in first grade–waaaaay younger. They didn’t know better. Your prefrontal cortex doesn’t grow fully until you’re twenty, apparently.”

And that pretty much sums up who Arthur is.

He tells me he just doesn’t want to do anything solely out of social obligation without thinking about it first. He believes most men wear their hair short “because everyone else does it and it started centuries ago. They don’t think about it, but somewhere in there they just feel obligated to do it but they don’t really know they feel obligated to.”

On being mistaken for a girl: “I don’t really care at this point because so many people have done it. I’m sort of mildly offended, but I don’t really think about it. I think people get really embarrassed. The most embarrassed someone has been is when this lady was so embarrassed that she just started rambling about it. She just kept talking–I mean–you unintentionally say something that mildly offends somebody and then you freak out…it’s really not that big of a deal.”

For most Xennials, we grew up in the age of hair metal bands and later, shaggy grunge artists. At least in our urban setting, most people in my generation or younger don’t seem to react to long hair on boys. I don’t know if the experience would be the same somewhere more rural where social expectations can be a little more looming, but my hypothesis is that across the board, most people under about 45 don’t care that much.

Adults tend to think Arthur’s hair is cool or not say anything about it at all. The most offensive thing I’ve seen an adult say about long hair on men was this week when a Facebook acquaintance commented about seeing a man with a scrunchie in his hair while she was out and about. “Are there any real mean under the age of forty?” she asked.

After reading some equally offensive comments in the same thread, I replied simply, “Maybe he just needed to pull his hair back.” I mean, people do get hot. I’ve been known to stick a pencil in my hair if it was particularly humid.

The comments were so concerned with attacking this poor dude’s masculinity that no one stopped to think that maybe the dude was just hot and a scrunchie was what was available.

Overall, our experience as a family with two long-haired guys is that it’s really not that big of a deal. It’s not any kind of a protest or a statement. It’s just what they like. It’s comfortable for them, they feel good about themselves, and most people don’t even react to it.

A Lesson from Grandma

I remember when my Grandma Ruth was alive. She used to talk about how she was one of the first women she knew to wear “slacks” all the time. I always thought it was interesting that in her Pentecostal church where people tended to wear old-fashioned dresses and buns, Grandma Ruth work pants and had double ear piercings. That might not seem very progressive by today’s standards, but it kind of was. 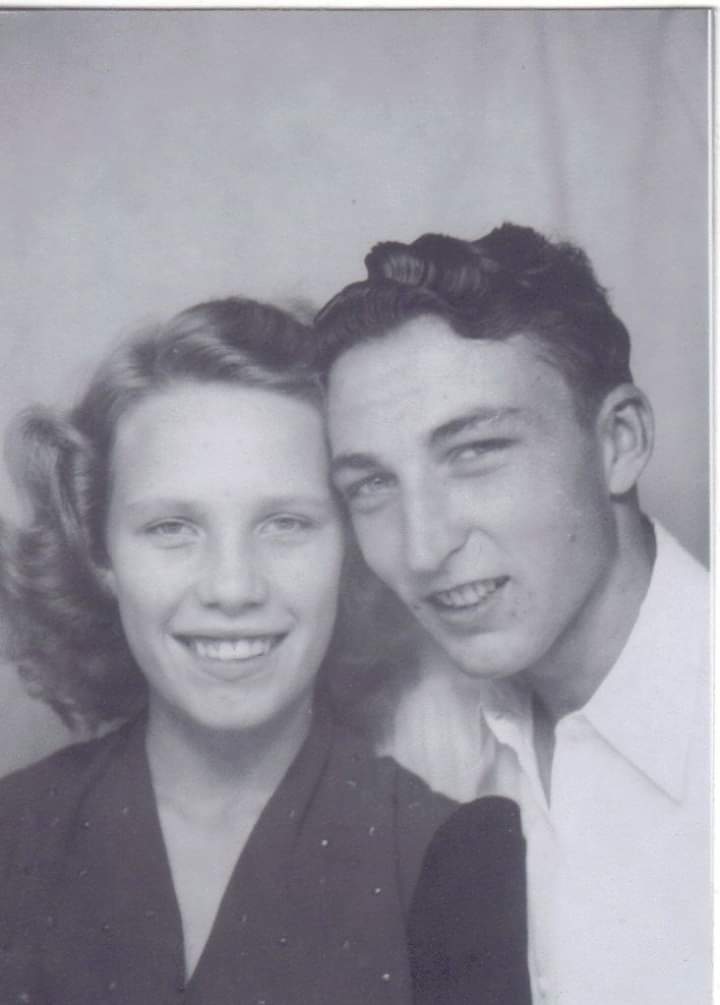 She was an unassuming woman with a short, grandmotherly bouffant and a gorgeous smile which Lucy has inherited exactly. She reminded me of everything good that was slightly country: corn fritters, KFC at family reunions, Dolly Parton songs. She also always followed her own compass and never let anyone tell her how to be, and people loved her and accepted all of it. She taught me that if you know something is silly–say, women not wearing pants and keeping their hair long just because–then it wasn’t even worth your time. Just do your own thing. Make no apologies. People are gonna either accept you or they won’t, and either way, that’s on them.

Just like with Grandma’s pants, it seems like long hair for men is much more widely accepted today than it was even 15 years ago. In a great many fields, long hair among men is barely noticed. One of the guy teachers at my kids’ school has hair longer than mine and he’s a favorite among students and adults alike. I don’t imagine it’s simple for a guy with Jason Momoa’s locks to ascend to the top of a highly structured corporate vibey type place filled with Patrick Batemans, but things are definitely changing overall.

Back when I was in school, I remember boys with very long hair at TPS, so at least dating back to the mid-nineties, it’s been universally allowed to my knowledge. The mom who originally posed the question was asking about her son who attended a local charter school.

While Tulsa Public Schools doesn’t care, a charter school makes its own rules, and they can be as outdated and ridiculous as they want to be.

The history of gender and fashion is complex, and it’s easy to forget that what’s normal now may have changed over time and will probably continue to change. As for our family, we shrugged off our application to the school in question. They’ve got a great robotics team, an award-winning STEM program, a terrific college prep track, and twentieth-century compulsory gender norms.

In a world where we’re working constantly to teach our kids to deconstruct their behavior and know why they do the things they do, it’s too important to compromise on. At least for our family. In the meantime, Arthur’s got his sights set on Tulsa Arts and Sciences Academy, where creative expression and academics are equally prized.

But to all you iconoclasts out there bucking the system, Godspeed. 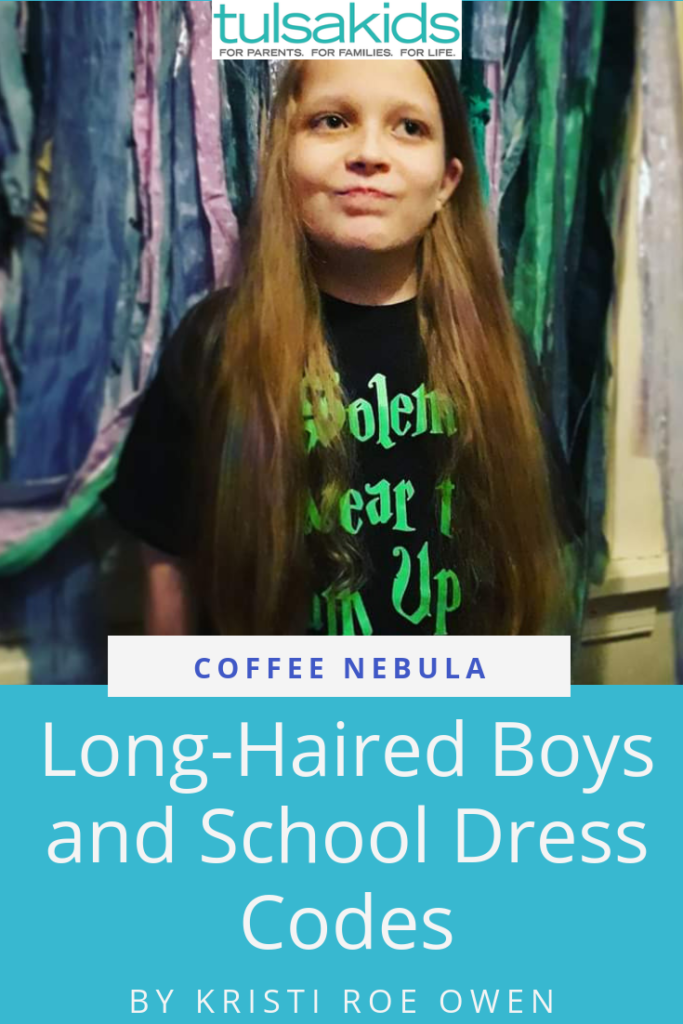