Is it OK to Ask the Ex-spouse? 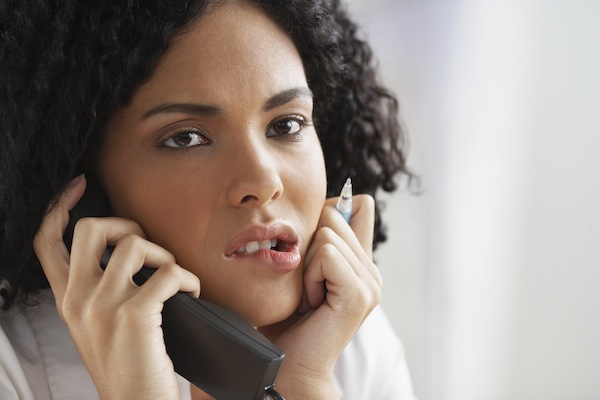 In the ten years I was a single mother I dated two men that were potential marriage partners. I was quite happy single and would only consider remarriage if it was a great fit, not just for me but for my daughters also.

Potential partner number one seemed like a real contender. I had met him at church, which, in my book, was a good start. He checked many of the boxes on my list; a good job, shared interests, thoughtful, romantic and appeared to really love my kids. He had two older children that lived several states away so I didn’t see them on a regular basis, but when they came to town I was always very impressed with them, and I could totally imagine being their stepmom.

A few years into the relationship, I sensed a proposal was imminent, so it was time to enact my plan of questioning the ex. We had chatted on the phone once when she called to thank me for making sure her sons had a good time during a Thanksgiving break. I thought she would understand and comply with my somewhat unusual request.

I had told myself from the beginning that if I ever considered remarriage, I wanted to hear the ex-spouse’s version of why they divorced. Some people may think that is overstepping boundaries, but I had a lot at stake and was not taking any chances with the future happiness of my children. They had already been through their parent’s divorce, and although I know no marriage comes with a guarantee, I was going to do my utmost to ensure my family’s security. Every story has two sides, I had heard his and now it was only right that I hear hers.

As I suspected, she was very willing to discuss the marriage and the divorce. Because it had been a long time, over ten years, she was able to do so with rational, calm emotions. As I listened to her version of their marriage, I was struck by some discrepancies from the story he told me and disturbingly, I found her words had a ring of truth that his just didn’t. Some red flags started popping up as I questioned him deeper, and not long after that I broke off the relationship. Although I loved him, my gut instinct told me the risks were too great. My primary goal and responsibility was to protect my two young daughters and give them the happiest childhood within my abilities.

Several years later, I was once again in a serious relationship with another man. When I met with his ex-wife, their stories were almost exactly the same. They were in complete accord with where their marriage went wrong, and there was no bitterness between them. From that meeting I received the mental green flag to move forward, and we’ve now been married 17 years.

Some might think my insistence on questioning the ex-spouse is excessive or distrustful, and in many ways, I would agree with that. However, I believe the obligation to protect children overrides any of those arguments. There are always going to be the cases where the ex-spouse really is as crazy as your significant other claims, but you owe it to yourself and your children to investigate before committing. Second marriages carry more baggage and complications and need careful decision making. Make decisions not just with your heart but with your head as well and always trust your instinct.