How Kids See Death and Divorce 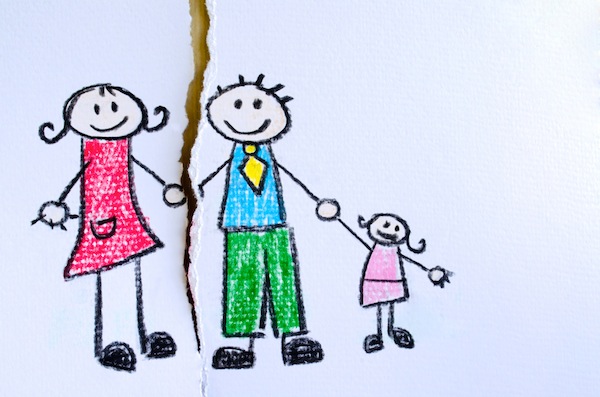 In many ways, divorce can feel like a death. Divorce is almost always the death of dreams you once held and the death of the family unit as it once was. Even in an amicable divorce, dissolution without serious pain and loss is unlikely. Unlike a death of a spouse, there is also a social stigma attached to divorce and in your grieving of the divorce, few people are going to send you flowers and casseroles. But which is harder for the children involved? Is it the divorce of their parents or the death of one parent? What the experts say may surprise you.

Lewis Terman, Stanford University, began a study in 1921 focusing on comparing children of divorce and children whose parent died. Although Terman has passed on, his study continues. This study has found that children of divorce fare much worse than children whose parent dies. His long term study found “Parental divorce during childhood to be the single strongest predictor of early death, many years into the future.”

Besides that grim long distance forecast, many experts also agree that children have a harder time adjusting to divorce than death of a parent. The question is why is divorce harder for the child than the death of a parent?

Divorce is seen as a choice. From a child’s point of view, their parent chose to leave them, and abandonment is the resulting feeling. In cases other than suicide, death was not a choice so their parent did not willingly leave them.

Kids, except for the very young, understand that death is final. Although some level of grieving will always remain, at some point in the child’s maturation process, they will come to terms with the finality of death. To the child, divorce is never really final and there is always the hope that the parents will reconcile. Some counselors have reported patients in their thirties and forties that are still holding out hope that their long divorced parents will get back together.

Although kids will go through stages of grief after a death, there is not the ongoing adjustments of new stepparents, siblings, housing arrangements and continuing parental conflict that divorce usually brings. When the divorced parent brings new partners and children into the situation, the child of divorce often feels betrayed and neglected. The losses keep coming.

A child who has a parent that dies will receive social support, compassion and acceptance whereas a child of divorce will often feel guilt and shame.

This is not meant in any way to say that losing a parent or spouse to death is easy.  Losing a parent to either death or divorce is a major life event that forever alters a child. Grief is not a competition. We need to support all that suffer and try to understand the loss and pain from a child’s perspective.

“There are no happy endings. Endings are the saddest part. So just give me a happy middle and a very happy start!”  Shel Silverstein 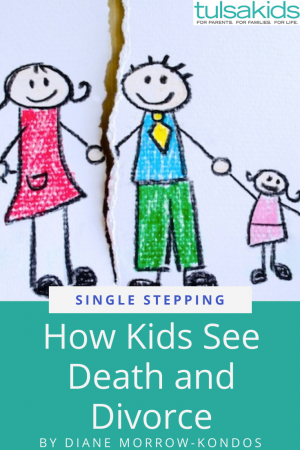