There are many memorable holiday traditions that I love, but one of my favorites has to be the big blockbuster movies that come out around the holidays. Movies are one of my favorite pastimes. And Marvel is one of my favorite movie franchises. It used to be Star Wars until they started making so many sequels, prequels and spin-offs that it was hard to keep up. Plus, I think they diluted the coolness of the franchise.

I want to talk about movies in this blog. Let’s start with Black Panther: Wakanda Forever.

I enjoy movies at home, snuggling on the couch with my kids and dog, fire in the fireplace and popcorn, candy and soda that doesn’t cost a small fortune.

But nothing beats the giant screen and plush recliners (some with heaters!) of a movie theater. My kids and I love it.

Black Panther and Black Widow are two of my favorite Avengers. Before I go any farther, yes, I know I am 57, but since my kids have become Marvel fans, so have I. So, yes I am going to nerd out a little bit.

It has been four years since the first Black Panther movie came out. I did not know anything about Chadwick Boseman, the actor who portrayed The Black Panther, but I thought he was an awesome actor in the movie. I was sad to hear of his passing a couple years ago and wondered how they were going to handle that in the script for the new one.

I won’t to give you any spoilers, but I will say that I give a thumbs up on how they reflected on his character. The storyline was interesting, and the new villain was good. My eight-year-old daughter Angel gave the movie a thumbs up also. We saw the very first showing at Circle Cinema on November 10. 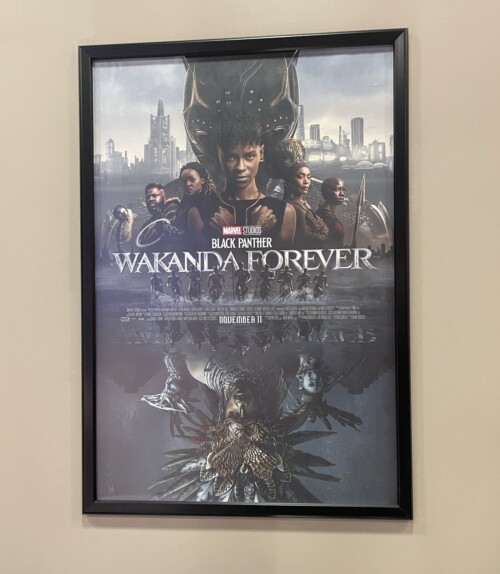 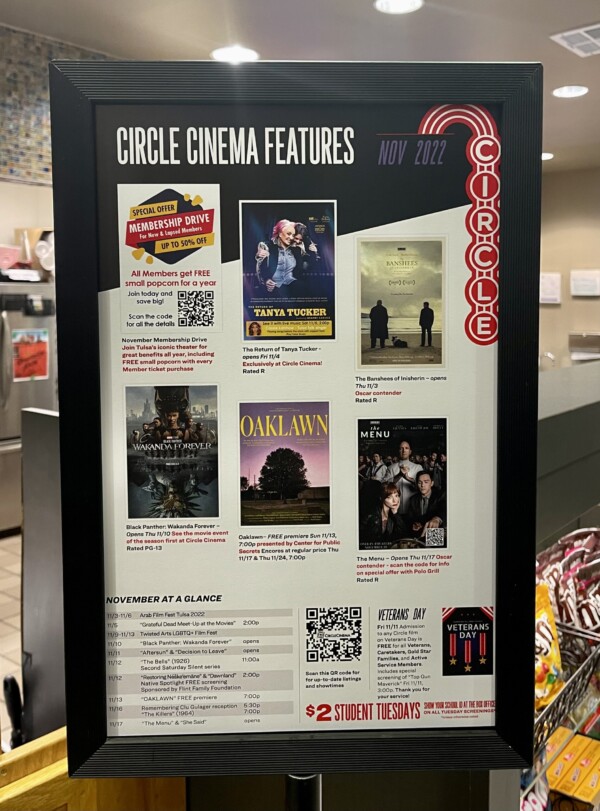 The next movie I want to talk about is Elf. I must confess it is one I’ve never seen. I am a huge Will Ferrell fan, but I did not have kids when the movie came out, so it isn’t something that was interesting to me at the time. It came out in 2003 and was his first movie after leaving Saturday Night Live.

When I heard that they were going to be showing the movie at Tulsa Performing Arts Center with live accompaniment from the Tulsa Symphony, I was intrigued. My daughter and I were both excited about going. She had never seen it either, so we both loved the experience. She is interested in taking violin lessons, so I thought this might help inspire her, and it did! We even had a chance to chat with one of the violinists from the symphony. She was very nice and during intermission gave Angel some advice on beginning to learn the instrument. In fact, she began taking lessons when she was eight years old, how perfect! Angel got a huge, wide-eyed smile on her face when she told her that. 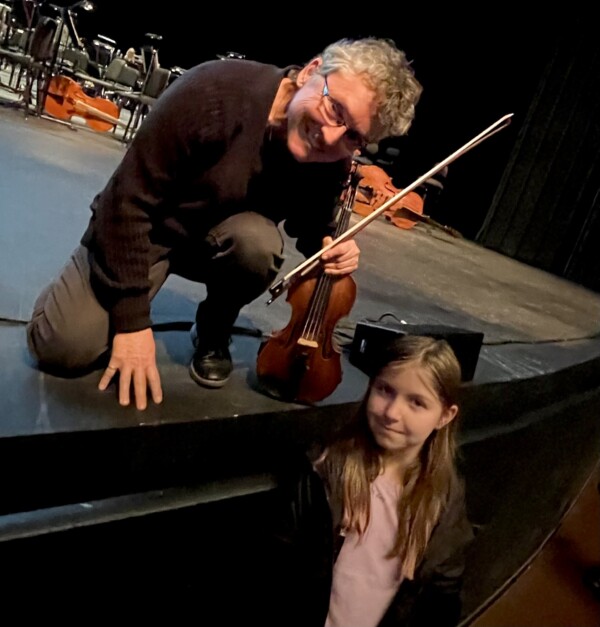 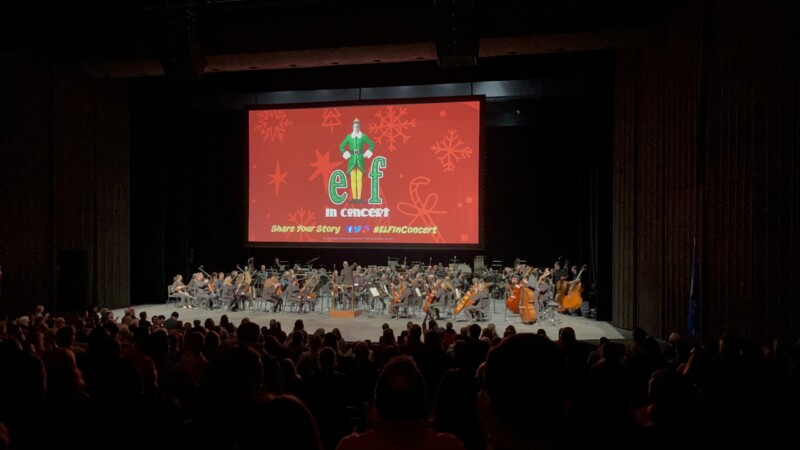 The next movie I want to talk about is A Christmas Story Christmas.

Plus, I don’t think it had any of the main characters in the movie, and to me it looked kind of dumb.

However, this latest installment of the franchise stars the same actor who starred in the original, Peter Billingsley. He is a grown-up Ralphie that wants to give his kids the perfect Christmas like his dad always wanted for his family. No spoilers, except to say that I loved this movie and totally recommend it to you. I wouldn’t go into the movie thinking you’re going to see totally memorable scenes like in the original (“It’s stuck! It’s stuck!”), but give it a chance and stick with it to the end, you’ll be glad you did. I say this because I saw that the movie was available to watch on my HBO Max (or Paramount + or whatever, I get them all mixed up) app, but resisted checking it out in fear of being disappointed and angry that I gave it a try, but I totally was not.

Side Note: On Apple TV, the new Will Ferrell musical with Ryan Reynolds (who is also one of my favorites) Spirited is way better than I thought it was going to be.

Lastly, like millions of others I will be in the audience of a movie theater near you this weekend watching Avatar: The Way of Water.

P.S. After It’s A Wonderful Life, they broke the Christmas movie mold. IMO 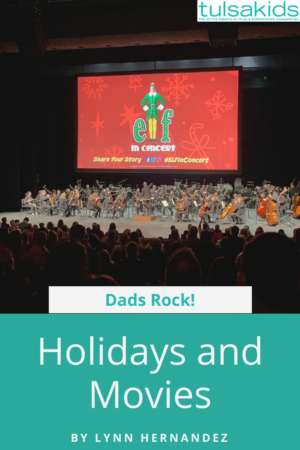