Although Rolling Stone ranks Bob Dylan as one of the greatest songwriters of all time, Booker T. Washington senior Dylan Wagman is less than impressed. Despite being named after the ‘60s folk hero, Wagman’s own tastes run more to alternative music.

“My dad is a big Bob Dylan fan,” Wagman explains. “I went to a Dylan concert with him, and it was terrible. I was around 6, and it was just so loud at the Brady. I was just like, ‘Get me out of here.’”

Despite Wagman’s lack of regard for his namesake, perhaps it’s inevitable that he developed a passion for music, even if the inspiration was his mom’s not-so-secret love of AC/DC rather than his dad’s appreciation for the famous troubadour.

“When I was 8, my mom said I should play drums because I wasn’t doing anything with my life. I’ve been playing drums ever since,” Wagman laughs. “My mom was a big AC/DC fan, and that kind of got me into it. The first song I learned to play was ‘Back in Black.’ On my eighth birthday, I got my first pair of drumsticks.”

Since that time, Wagman’s musical interests have expanded to include the guitar and audio engineering as well. His fascination with the technical end of producing music and all the gear involved in that process eventually pushed Wagman to look for an opportunity to learn more.

“When I first started getting into the audio stuff, I knew there were videos on YouTube and other things online I could look for because nobody my age was really doing this kind of thing,” he says. “I thought about where I could go to talk to somebody about it.”

Wagman remembered meeting Tulsa drummer and recording studio owner David Teegarden, Sr. at one of BTW’s career days, so he decided that was a good place to start. It was a wise choice. Teegarden knows a thing or two about music. Among many noteworthy items on his resume, Teegarden drummed for a number of years with Bob Seger & the Silver Bullet Band, acquiring a Grammy in the process.

With his mom’s encouragement, Wagman delivered a letter to Teegarden’s studio and was quickly rewarded for his efforts. Teegarden invited Wagman to visit him at the studio, and that soon turned into a regular gig for the aspiring sound engineer. 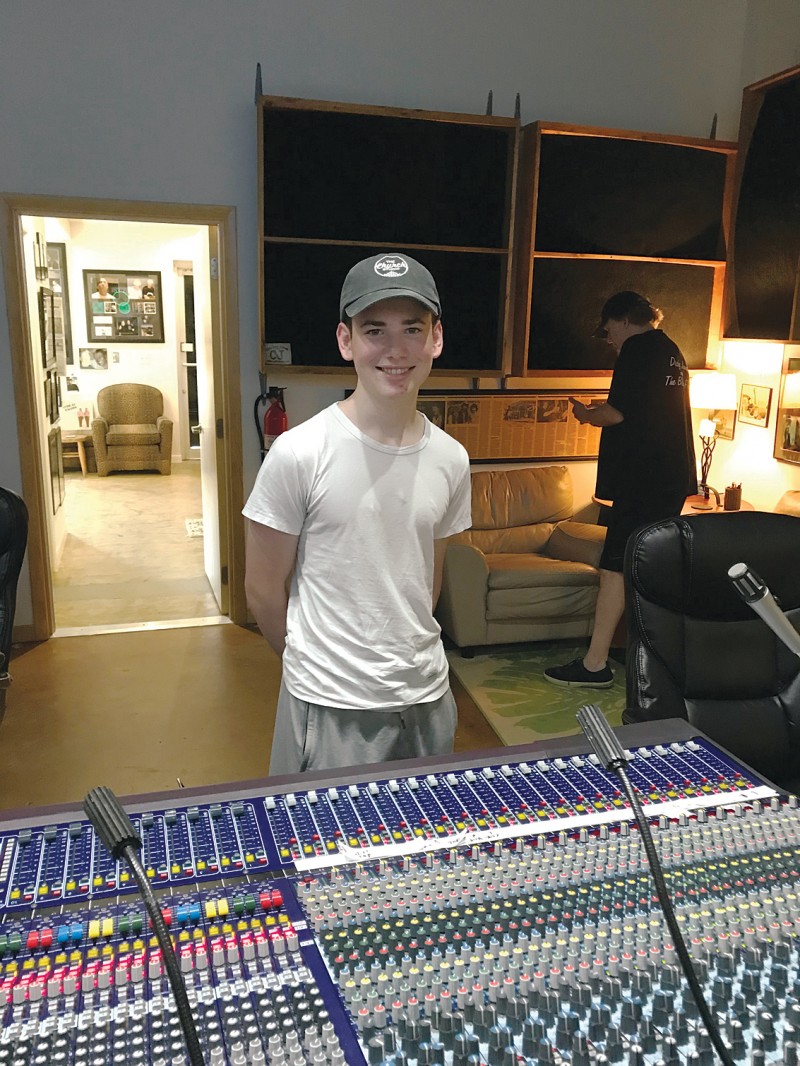 “I was actually surprised to hear back,” Wagman recalls. “But then it turned out he’s just such a nice guy. I guess we’re friends now, and I see him all the time.”

While Wagman wouldn’t describe the arrangement as an internship in the traditional sense of the word, he’s learned a lot from his time at the studio.

“It’s really informal. I just ask him if he has anything going on, and he says, ‘Yeah, we have a session here,’ and I go, and it’s pretty friendly,” he says. “The sound engineer there, Brett Baldwin, is a really nice guy, too.”

At the studio, Wagman helps ready the space for recording sessions, running cables and placing stands. He helps with the teardown, too, although handling the high-end microphones still makes him a little nervous.

“I’ve learned a lot just watching them mix with the console and the computer,” he says.

His time at Teegarden Studio has also helped him contemplate his future. He hopes to eventually own his own recording studio.

“It makes it seem more possible than it was before,” Wagman says.

After graduation, Wagman plans to head to college to pursue his musical interests while also obtaining a business degree. Until then, he’s enjoying his time at the studio, hanging out and learning all he can from Teegarden, Baldwin and the ever-changing lineup of musicians there to record.

“It’s just so comfortable,” Wagman says of the studio’s lounge area. “It’s like a living room. You walk in and there are some chairs and a couch, a fridge, and a coffee pot brewing. You look around, and there’s this triple-platinum plaque here and a gold plaque there, and five other platinum plaques over there and a Grammy over here, and all of these awards and photos of him.”

While Wagman is reluctant to offer career advice to his peers, he does encourage them to take some chances when chasing their dreams.

“Write something up, drive over and put it in the mailbox, then run away,” he laughs. “And then pray.” 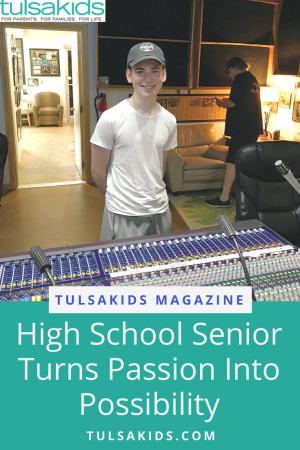