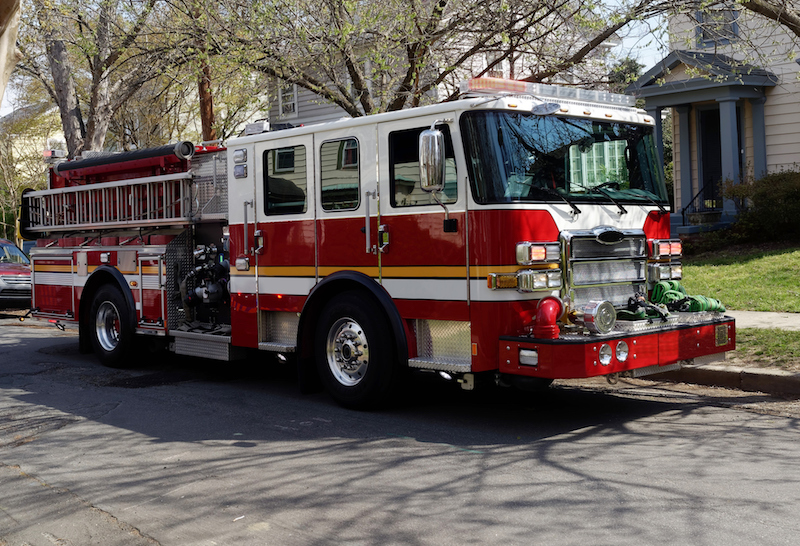 As a firefighter’s kid, I grew up with a strong awareness of fire safety. One year, my dad even brought his bunker coat to my classroom and talked to the class about fire safety and his job as a firefighter. But I never became personally aware of the danger of fire until I was an older teen when one of my coworkers lost two family members in an apartment fire.

But like most things, you don’t really spend much time planning for emergencies when you’ve had a good run of luck avoiding them. I can honestly say there have been plenty of times when we let our smoke detectors go unchecked too long or were careless with power cords.

My worst fire safety sin, however, has been starting the dryer before going to sleep or leaving even while knowing that dryer fires are one of the leading causes of house fires.

Last week, however, our dryer caught fire, and although our fire plan worked to quickly get everyone to safety and put out the fire, it was a stern reminder that our recklessness could have easily led to disaster at some point.

In the past, I’ve had conversations with my kids about fire safety, but not often enough to be certain they kept it fresh in their minds. But they know if there’s ever a house fire, the first thing they need to do is leave the building immediately and stand near the curb. They know not to open a hot door and to get down below the smoke level if there’s any. And they also know not to look for the pets, their parents, or each other but to only worry about themselves. 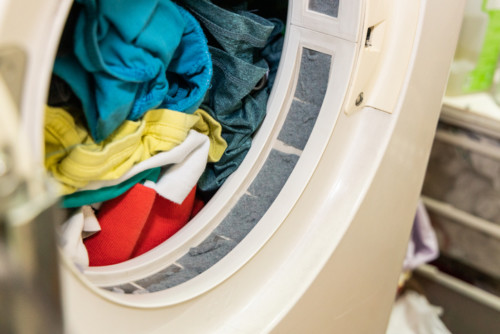 Because I do understand that dryer fires are always a risk, we are very good at keeping our lint cleaned out, and just two weeks ago, Justin took every panel off our dryer and deep cleaned a lot of hidden lint. What we think happened is that a piece of fabric had worked its way into a panel that he didn’t tighten completely, but whatever happened, it was a reminder that even when you’re careful, accidents can happen.

And they can happen fast.

For us, it happened late at night while we were cleaning our house and getting ready for our Halloween party. I was rushing to finish as much laundry as possible, and I had entertained the idea of going to bed but decided to stay up a little longer and wait for the dryer to finish and fold the load.

Justin was in the kitchen tidying up when the smoke detector in the dyer began to squeal obnoxiously. We both assumed it was just malfunctioning as we had experienced this before, but I glanced in the laundry room and saw orange flames inside the dryer.

It is a marvel to me that the entire fire was contained completely within the dryer and there was no damage or marking anywhere on the nearby wall, but that is due in large part to a decision we made a while back to pick up a fire extinguisher at Wal-Mart.

We had purchased the ABC extinguisher for around $24 and kept it stored under the sink “just in case.” Justin worked quickly to use the extinguisher at the base of the flames and put out the fire in a matter of seconds, leaving a yellow powder all over the laundry room floor.

While we were dealing with the fire, the kids were standing at the curb, where they waited for about fifteen minutes until we started airing out the house. The thing that stands out the most to me about this was although this was a tiny fire, the main part of the house took several hours to air out completely and was already filled with a thin layer of smoke.

Our fire plan worked, but now when I think back to all the times I have started the dryer and then gone to bed, I realize we got very lucky. I also realize that it’s been a very long time since we talked to our kids about some of the possibilities with a fire, like what to do if you’re trapped or how to open windows.

I also wondered if I’m a firefighter’s kid and I have been this careless, how many of my friends are thinking about family fire safety? As it turns out, not that many.

So in this post, I wanted to encourage my readers to create a family fire plan today.

Here’s a list of a few things you should do right away: 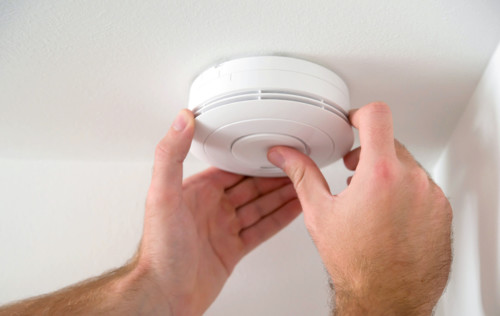 Your fire plan should include the following:

Also, if you live on a second story, it’s a good idea to invest in an emergency escape ladder. They’re portable and unfold after hooking onto the window. You can also talk to your local fire department if you have concerns about someone in your family who may have a mobility issue.

It’s also a great idea to spend a little time reading about fire safety online, especially with the holidays coming up.

I’d love to hear about your family fire safety plan. Did I miss anything? Please let me know in the comments below.

Thanks for reading, be safe, and have a fantastic week! 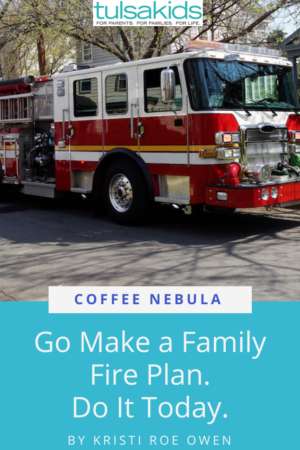