Free Comic Book Day and May the Fourth Debrief:

How We Celebrated the Ultimate Geek's Holiday

This year was our family’s third year of checking out one of our favorite holidays, Free Comic Book Day.

If you’ve never heard of it or never participated, comic book stores all over the country offer a pretty broad selection of Free Comics that give you a chance to check out the shops and get a look at some comics you might not otherwise know exist. Some of the stores feature cosplayers and events as well as terrific special offers.

I imagine we’re not the only family in town to hop from one store to another, grabbing the maximum allowed comics at each shop, which is usually five per customer. In years past, we ended up hitting the shops toward the end of the day when the selection was waning. But this year with the help of our friend Allison, we got there early, which meant we completely freaking scored.

We started off at Impulse Creations, a small comic book store in South Tulsa which always features cosplayers. A couple of years ago, there was a TARDIS planted out front and the store was overrun with DC villains. This year, we were greeted by several folks from The League. 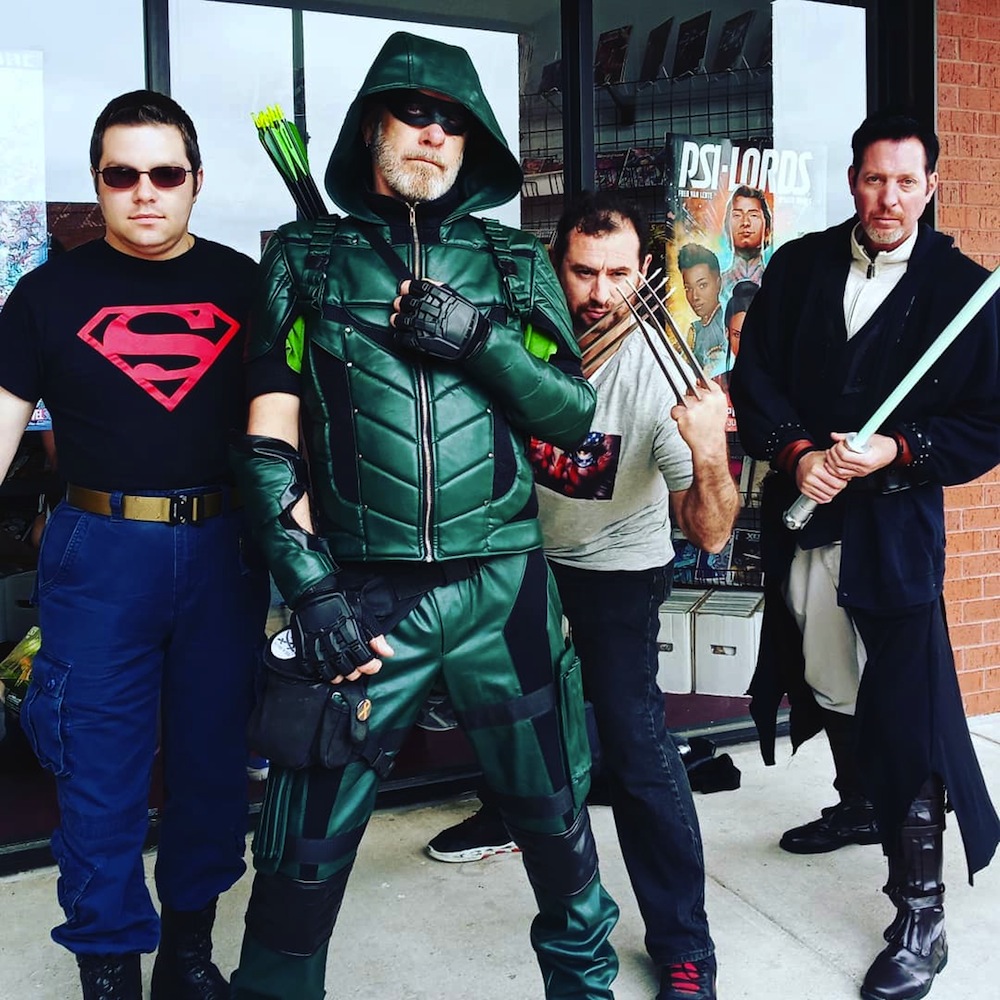 We love Impulse because it’s a great little comic shop that has had a pretty comprehensive collection of diverse comics when we’ve been there. That’s where I scored my Battlestar Galactica comic a couple of years back. They also recently expanded their collection, so if you haven’t been there, definitely stop by to check them out.

Next, we stopped over at Wizard’s Asylum Comics & Games. This place is hands-down the best place in town to go if you love tabletop games as much as we do. I can pretty confidently say they have every game imaginable because they’ve assured me if they don’t have it in their store, they can most likely get it. There’s really no good way to impart the scope of it, but just imagine a sprawling store with row after row after row of amazing tabletop games like these. 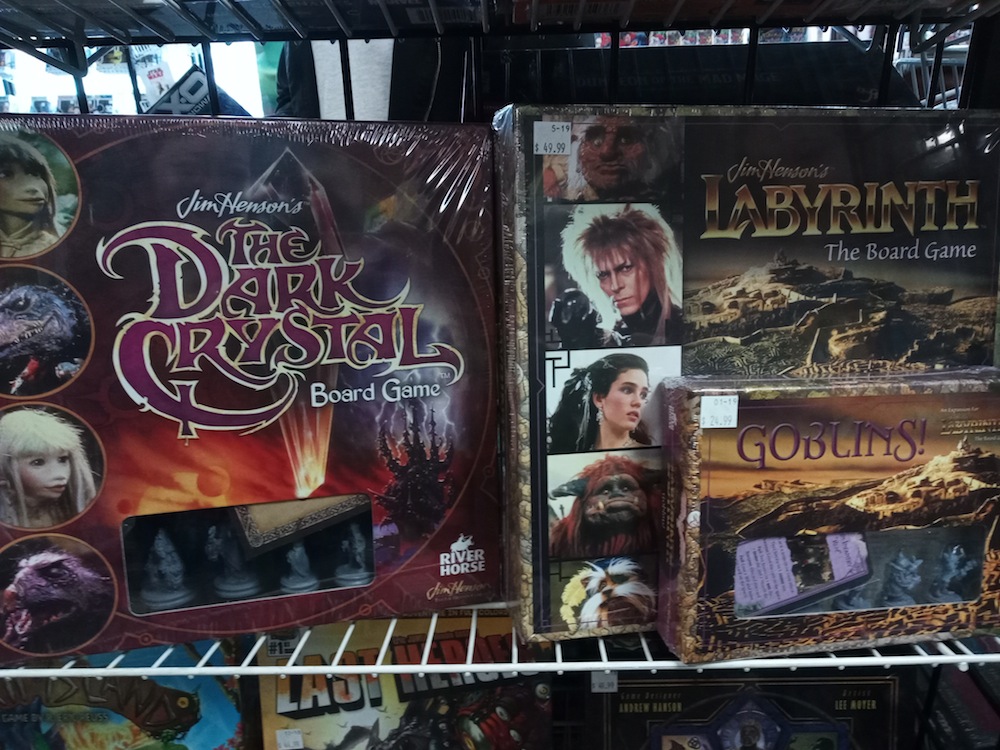 This place also hosts regular gaming events like a Pokemon league every Sunday.

Our third stop was at World of Comics located on 41st street. This is a quiet little unassuming comic book shop where the staff is extremely knowledgable and friendly.

Our final stop, Mammoth Comics, is a huge comic book and geekery store. They always feature a comic book or graphic novel artist. This year, it was Jon Woodard AKA Mastajwood, who has worked on Major Lazer and Axe Cop. We had an amazing convo with Jon and Jackie Woodard about everything from advice for young artists to which celebs are the chillest to hang with on the convention circuit. Also, this amazing piece of art is for sale and would look fantastic in your home. 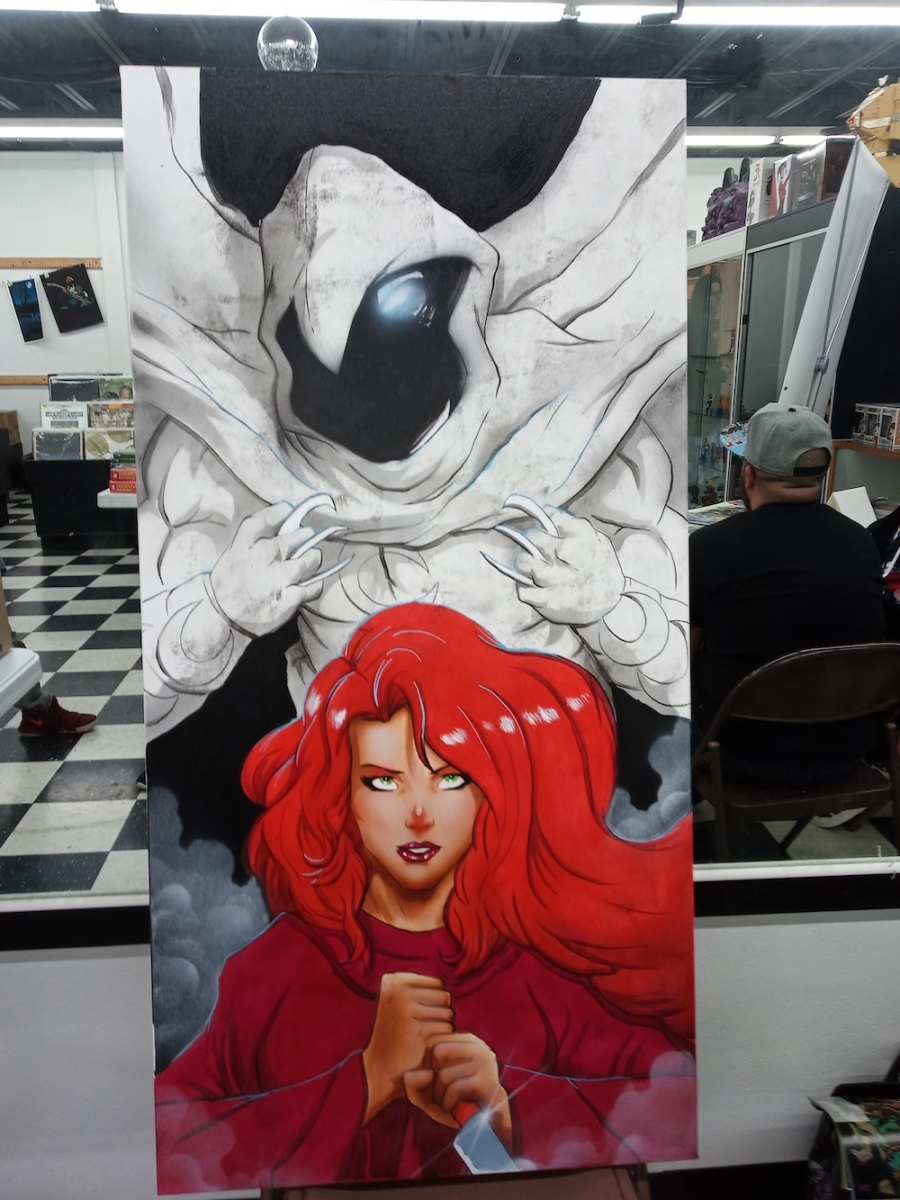 Our total haul between the boys and I was 23 different comics. We even grabbed a few we knew Lucy would love. The kids have been reading pretty much nonstop since we got home, even my reluctant reader Noah. Included among their favorites: specials from Stranger Things, Adventure Time, Minecraft, Disney Descendants, My Hero Academia, Witch Hat Atelier, The Dark Age, Doctor Who, Animosity Tales, and yes, even a Pokemon comic.

I really loved the animation style of Elizabeth Thummler’s A Sheets Story, which has inspired me to look into the graphic novel it’s based on. I was also smitten with Art Baltazar’s charming Gillbert with its colorful, bold pop-inspired animation. Another gorgeous kid-friendly and surprisingly complex comic was a Ghost Hog special by Joey Weiser, author of Mermin, which my kids completely flipped over when they checked it out from the library last year.

It was an incredible day with an incredible haul, and we definitely got exposed to great series we would not have known about otherwise. If you’ve never been, it’s worthwhile to mark your calendar’s for next year’s event and make an effort to hit all the stores.

What’s your favorite comic, graphic novel, or manga series? Leave me a comment below. As always, thanks so much for reading and have a beautiful week. 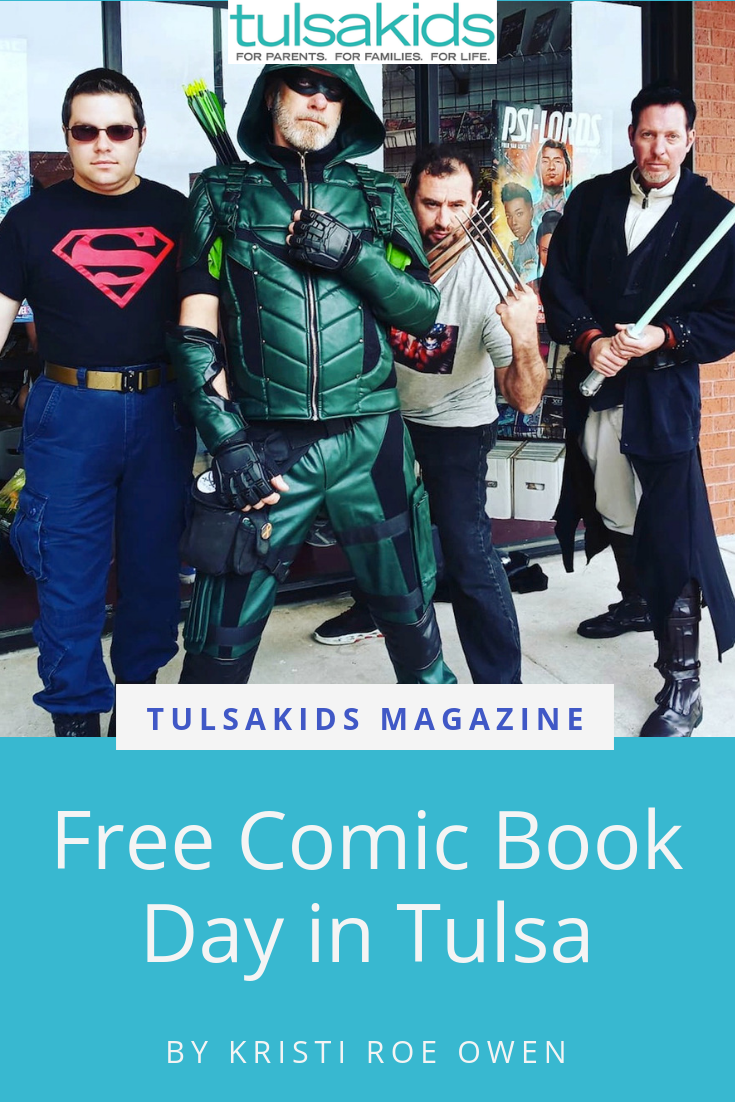