I got a head on my mostly-annual ghost stories post this year, thanks to a trip to Whitty Books in February. So, part of this post was written in March…and just sat, biding its time, until the appropriate season. As always, this is a list of scary books for kids that adults may enjoy as well – if they’re like me and don’t love “big scares.” I just want a nice, slight level of discomfort and creepiness! The following books are recommended for ages 8-12, making them all fall in the middle grade category. 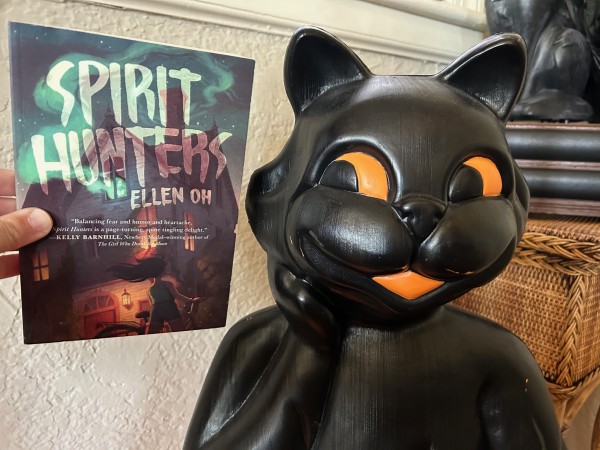 I read this book in a day, while camping at Robbers Cave State Park. Couldn’t put it down! This one is one of the creepier ones I’ve shared, which was very satisfying. On the other hand, be aware of that before handing it to a kid. Tropes include a haunted house, amnesia and a terrifying imaginary friend. *spoiler alert* No one dies who isn’t already dead, but the ghost is powerful enough to actually cause harm. So there’s plenty of blood and bruises. Also, protagonist Harper Raine has gone through a traumatic experience that she doesn’t remember at the beginning of the book, but eventually her [bad] memories come back.

Ellen Oh co-founded the nonprofit We Need Diverse Books, “a 501(c)(3) non-profit and a grassroots organization of children’s book lovers that advocates essential changes in the publishing industry to produce and promote literature that reflects and honors the lives of all young people.” The cast of Spirit Hunters reflects this mission.

I started writing this review back in March, and forgot I hadn’t finished it until October, which was a lot of time to forget the plot! I am the worst at remembering books clearly, so here is the description from Amazon:

“Harper doesn’t trust her new home from the moment she steps inside, and the rumors are that the Raine family’s new house is haunted. Harper isn’t sure she believes those rumors, until her younger brother, Michael, starts acting strangely.

The whole atmosphere gives Harper a sense of déjà vu, but she can’t remember why. She knows that the memories she’s blocking will help make sense of her brother’s behavior and the strange and threatening sensations she feels in this house, but will she be able to put the pieces together in time?”

2. Ghost Squad by Claribel A. Ortega 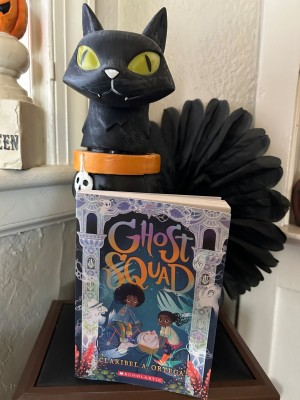 Ghost Squad is also aimed at kids ages 8-12, but is more lighthearted than Spirit Hunters. In addition to facing down some truly frightening ghosts, main characters Lucely and Syd take silly selfies and crack jokes. Not to mention, an important member of their Ghost Squad is Chunk the cat, just one of Syd’s grandmother’s many cats named after Goonies characters.

The plot was slightly convoluted for me, but I enjoyed the book overall. Lucely’s dad runs a ghost tour business. But for their family, the ghosts are real: The spirits of their ancestors live as fireflies in a large tree in their backyard. They can switch between firefly and human form, and can even eat – the whole, big family joins Lucely and her dad for breakfast early in the story. However, Lucely’s fireflies start getting sick and scared. To save them, she and best friend Syd find and attempt a magic spell that ends up unleashing ghostly havoc on their town, St. Augustine, Florida. So they spend the rest of the book trying to fix their mistake.

3. Too Bright to See by Kyle Lukoff 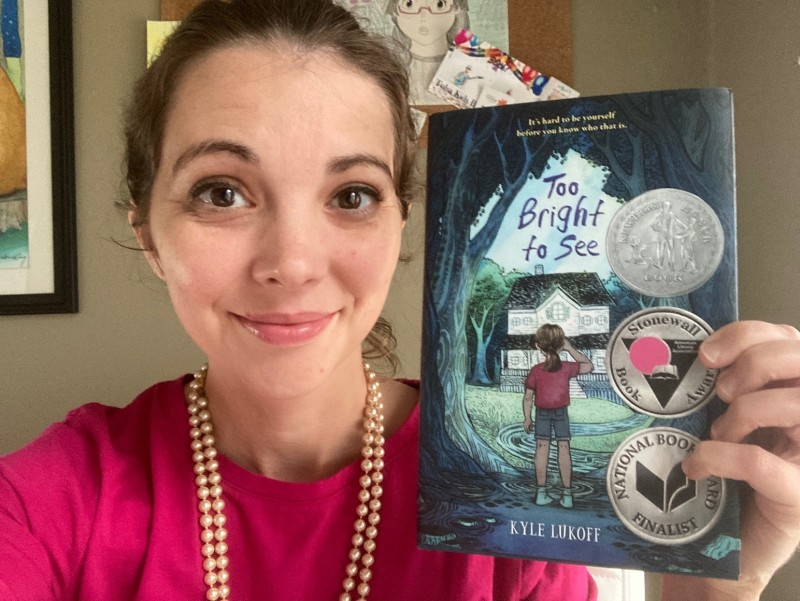 Going into any bookshop is dangerous for me, and that includes Eleanor’s Bookshop, as you may know! Their selection is so good, it’s really hard to leave without wanting several titles. On one trip, the book I didn’t know I needed was Too Bright to See. This book, published in 2021, is a Newberry Honor Book, won the Stonewall Book Award and is a National Book Award Finalist. Pretty impressive! Plus, it’s about a haunted house, which means it was perfect for my spooky book roundup!

The book opens just following protagonist Bug’s uncle’s death after a long battle with cancer. Bug lives a pretty solitary life, in a small-town haunted house. Bug’s one friend is eager for them both to adopt new, more grown-up identities before they head into middle school. Bug, however, is quite comfortable in shorts and T-shirts, and isn’t comfortable with the pressure to start wearing makeup, go shopping, etc.

Shortly after the uncle’s funeral, the hauntings in Bug’s home become more invasive/vivid. Bug puts two and two together and figures out it must be Uncle Roderick trying to send a message – but what is the message?

Because the haunting comes from a beloved uncle (and you figure that out fairly early), this book isn’t terribly scary. The focus is on exploring Bug’s identity, not trying to get a scare.

From the Author’s note at the back of the book, “…it’s kind of a scary story, and also a sad story but with a mostly happy ending, and…it’s about figuring out how to make friends, being who you are, and letting go of someone you love.” This book is recommended for ages 10-12.

4. The Peculiar Incident on Shady Street by Lindsay Currie 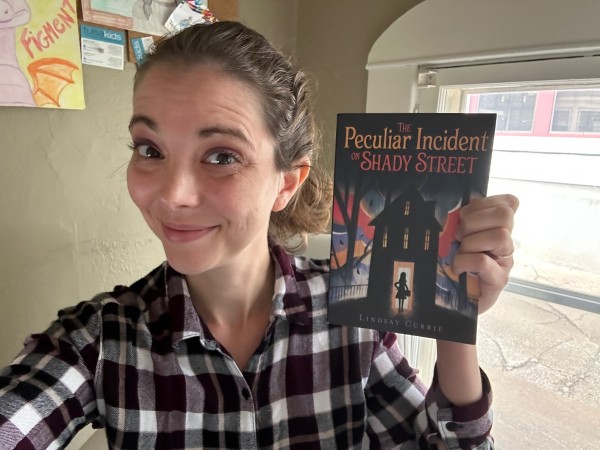 A common theme of scary kids books is moving to a new location. In The Peculiar Incident on Shady Street,” Tessa Woodward’s family has just moved to Chicago from Florida. Quite the change! While Tessa isn’t exactly thrilled about the move, she does try to stay positive and isn’t totally furious at her parents for uprooting their life. She recognizes that her dad’s new job is a once-in-a-lifetime opportunity, even if it’s hard.

Beyond getting used to a new city and making new friends, it turns out – Tessa’s new home is haunted! The general frame of the plot is similar to that of Spirit Hunters, but this book is a lot less spine-tingling. No one really gets hurt, and most of the time, the kids just seem slightly overdramatic. I wasn’t 100% convinced by the ending. There seemed to be some leftover plot holes or things that just didn’t quite add up. But for kids in the target age range (8-12), it might provide just the right amount of scares. Overall, I enjoyed it.

What are you reading this season? Let me know in the comments! 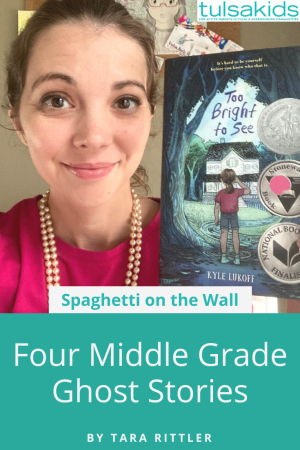