For most of us, hunger is an annoyance, something that happens when we miss an occasional meal, easily remedied with a snack or a second latte. However, for many Oklahomans, hunger is a constant. Food insecurity – not having consistent access to adequate food due to lack of money or other resources – is a real problem in our state. In Tulsa County alone, almost 22 percent of our younger residents, or around 35,000 kids, are considered “food insecure.” One in four are at risk of going to bed hungry. Here in our city, the Community Food Bank of Eastern Oklahoma’s Junior Ambassadors are working to find a solution, fighting hunger through activism. 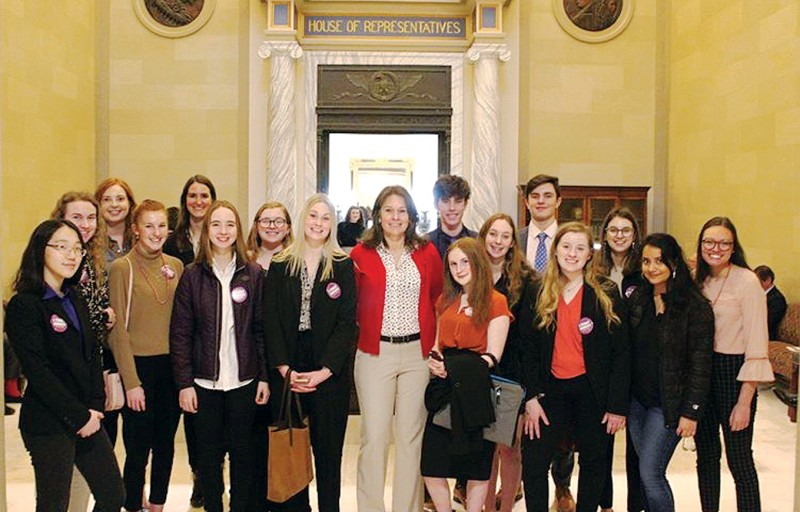 The group meets about once a month during the school year, advocating and volunteering to alleviate hunger in the community.

Ellie Armstrong, a sophomore, joined the group this fall with an eye toward padding her resume, but she soon found a greater motivation.

“After I actually began attending meetings, I ended up becoming super invested in the program, as well as the Food Bank itself. It was primarily the mission that really roped me in. I never really realized how immense of an issue food insecurity really is in Oklahoma,” Armstrong recalls. “I also began to notice the subtle impacts of food insecurity around me, like one of my closest friends being very mindful as to how much food she buys during lunch every day, which is oftentimes nothing at all, as to not cost her parents too much money. Furthermore, being able to help those afflicted, whether it be holding fundraisers like Battle of the Bands or attending Anti-Hunger Action Day in Oklahoma City, is really such a wonderful thing to be a part of.”

While Berry believes it’s important to engage these teens in the fight against hunger, she also thinks the program teaches skills that can be applied for other causes, as well.

“We want to teach them how to be a good volunteer, how to advocate for people who might not have a voice. We really want to give them the tools they need to go out in their community and make a change,” she says. “My goal with this program is not only to give them the tools to fight food insecurity, but to also equip them to make changes in all areas that interest them. I want them to carry the skills they’ve learned as a Junior Ambassador to all parts of their lives.”

Armstrong has definitely learned she can make a difference.

“If I care about an issue, I want to do all I can to live that out. Being given the opportunity to, for example, go and converse with lawmakers about food insecurity really allows us as high school students to make a legitimate difference in Oklahoma’s issues, which is a hundred times better than just preaching about the issue without actually doing anything,” she notes.

Berry finds inspiration in the passion and perspective the teenagers bring.

“There is a fearlessness with them. I think for a lot of them, social justice issues are something they’re just learning about, and they’re excited to make a change and really passionate about getting out there,” she says. “When you sit at your desk all day, sometimes it can be hard to remember why you’re doing this. These kids help shift your perspective and you realize, ‘Oh, yeah. I’m doing this because I want to help people.’”

For more information on Junior Ambassadors and this event, visit www.okfoodbank.org, or contact Jenny Berry at 918.936.4511or jberry@okfoodbank.org. 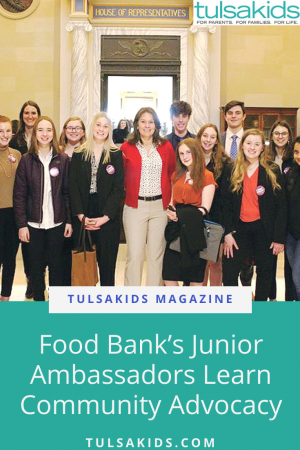