Floating on the Illinois River

Back to school season is here, but that doesn’t mean summer fun has to be over.

Particularly this year, with modified schedules, distance learning and more people homeschooling, many children won’t be spending all day in school. So for some families, that means there’s still time for last-minute summer getaways and fun day trips. 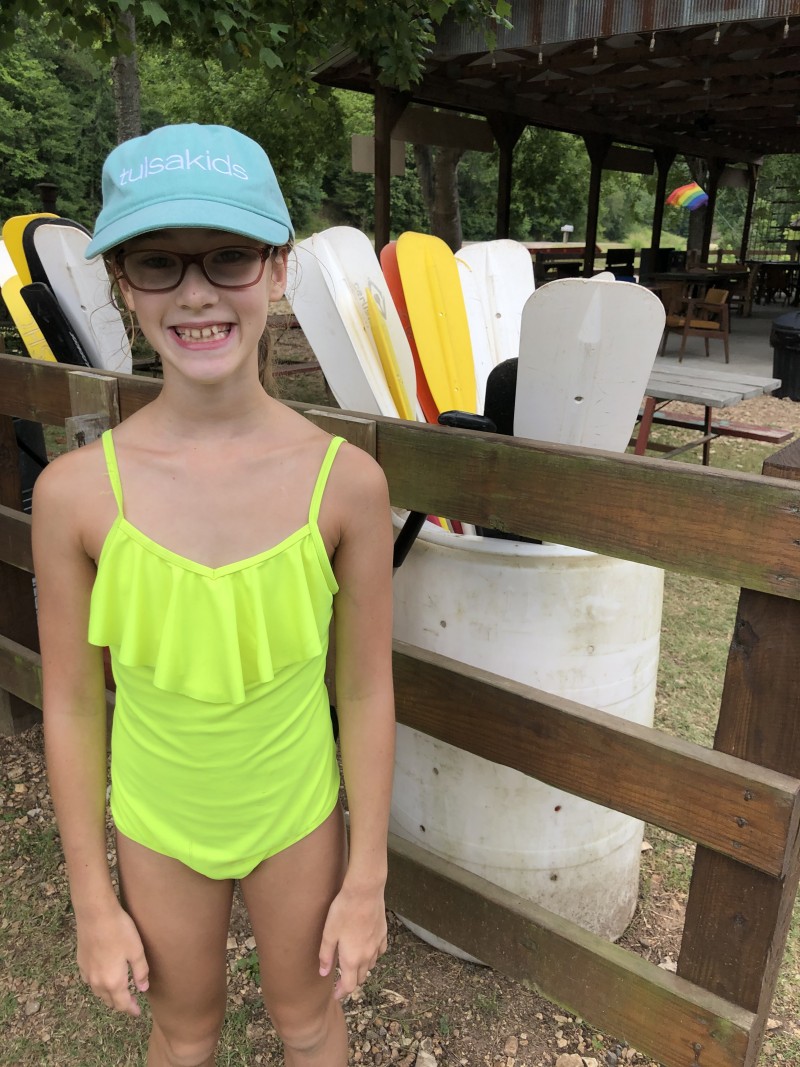 My kids loved our float trip so much in July that we did it again in August. Both times we rented a raft big enough for six people, still leaving plenty of room for an ice chest and a bag of snacks.

I’m sure older children would love the 10-mile float. But for my kids – ages 11 and 9 – we did the 4-mile float. We weren’t in a hurry, so even though it was just a 4-mile trip, it took us a few hours to finish, mostly because we made so many stops on the riverbank to look around, skip and collect rocks and swim.

Both times we floated, we did so on Monday morning, which was great for social distancing. We only saw a few other people in our two to three hours on the river. This also made it easier for my kids, who wanted to give paddling a try. There was no worry about them getting in the way of other rafts or slowing down anyone.

We floated with Riverbend Floats (off of Highway 10 in Tahlequah), which provides boats, paddles, life jackets and a short bus ride to the drop-off site. Raft rates were $20 per person on weekdays for a 4-mile float. The price is $29 per person for 10-mile floats. Rates are slightly more on weekends.

Riverbend also offered single and double kayaks (for those age 16 and older).

One tip would be to leave plenty of time to pull the raft over, rather than paddling as fast as you can down the river. We had just as much fun sitting in the shallow water, making piles of rocks and playing on the riverbank.

Since the Oklahoma heat lasts far longer than most of us would like, there’s still plenty of time to float again. The kids have insisted that we already make plans for a fall float trip – and that’s fine by me!