Wow, my son’s first airplane ride by himself happened a couple weeks ago. Have you done that yet? Your first-born get on a plane, alone!?

I’ll describe my feelings to you on that, plus, what a fun way to celebrate 103.3 The Eagle Night at ONEOK Field, by throwing to opening pitch! Pictures from that, and of course, a Rocklahoma recap.

Up, up and away… Into the wild blue yonder he went. My 12-year-old son, Atticus, got on a Southwest flight to Austin to visit my twin sister, Lynda. She knew I was going to be at Rocklahoma most of the Labor Day weekend, so she suggested he come visit her. Atticus’ mom was graciously cool with it. I was especially grateful to her for allowing it since it was also the 70th Cherokee National Holiday weekend, of which Atticus is a tribal member. And so, by the grace of God (and his Uncle Buffy who used his frequent flier miles to pay for it), my son boarded his first plane ride, alone. And a huge THANK YOU to Southwest Airlines for offering direct flights from TUL to AUS!

Has your child flown alone? When was your first time? Please tell me! I was in high school.

I was so proud of Atticus, he summoned the courage to get on that plane by himself. His first plane ride was this past January as he and I flew to Key West, which was a total blast for us both.

Yes, as I watched his plane lift off this planet, I cried. 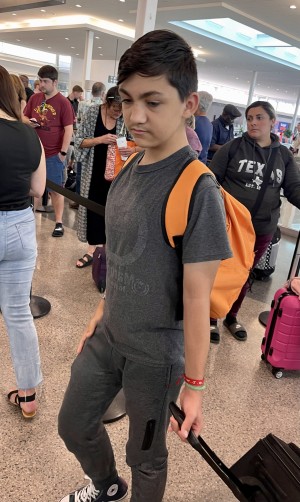 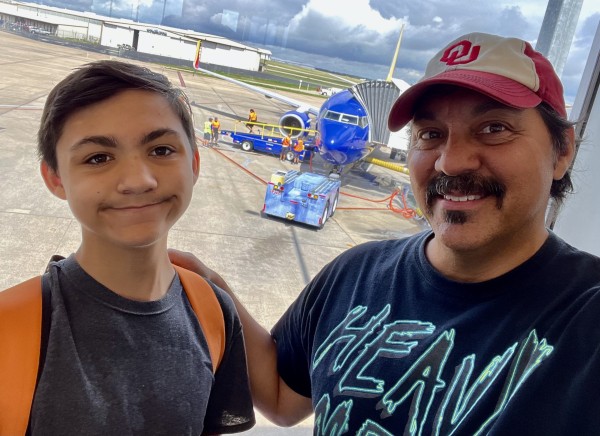 I swear as I watched him walk through the gate upon his arrival, he looked taller and older. And yes, I cried again. 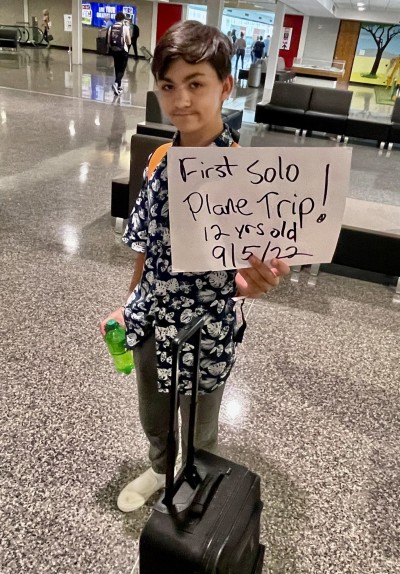 For many in my circle, Rocklahoma is as special as almost any holiday. It is an hour-long road trip from Tulsa, where I get to see people that I only see once a year at Rocklahoma. And being in the radio business, it is fun to see many other radio stations all in one place enjoying the same thing, having fun and talking shop.

My role this year was scaled way back, which means much less stress, which always means more fun. My podcast co-host and fellow 103.3 The Eagle radio DJ Jill Munroe and I held down the fort in radio row. We did some social media posts, hung out and talked about some of the shenanigans on the radio. And, it is always humbling to see so many fans coming up to our radio booth wanting a selfie for their social media pages.

Side note: Born and Raised Music Festival is a country/red dirt version of the Festival put on by the same people that put on Rocklahoma. It is this weekend with the headliners: Zach Bryan, Cody Jinks and Lynyrd Skynyrd. I’ll be there for Lynyrd Skynyrd Sunday night.

Some pictures from Rocklahoma 2022: 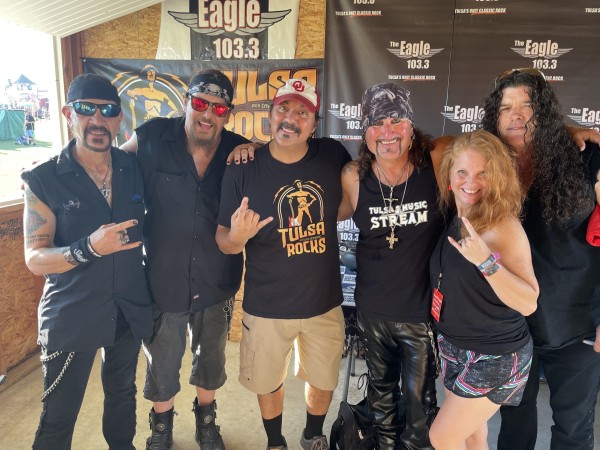 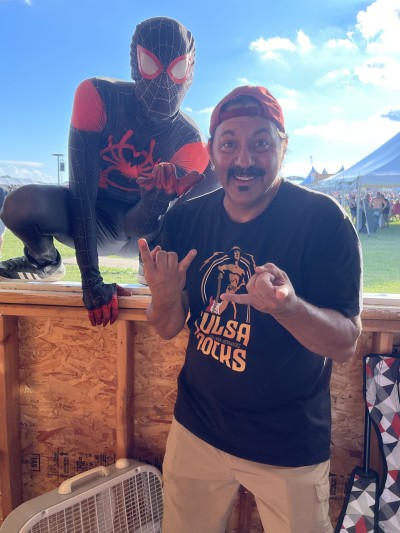 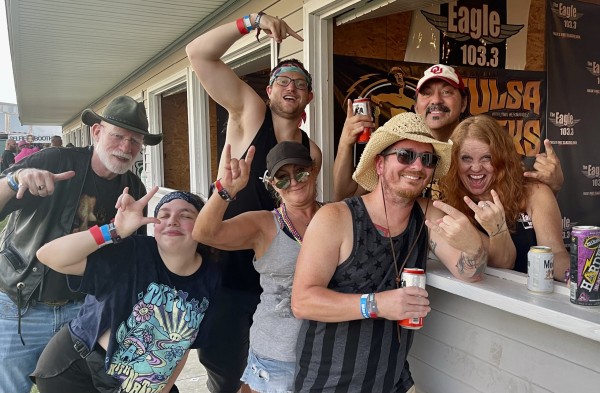 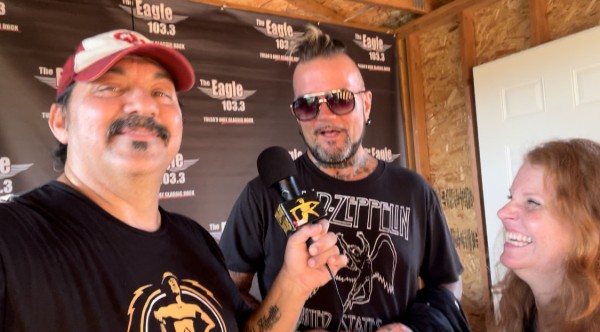 The drummer of Seether wearing my Tulsa Rocks podcast shirt! 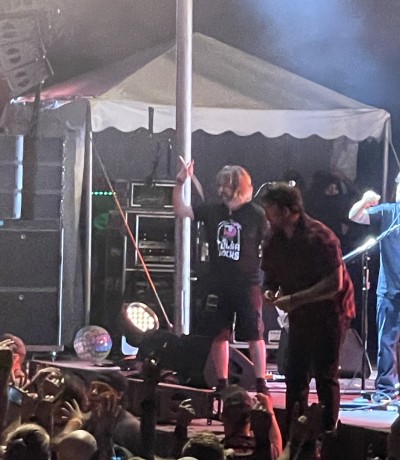 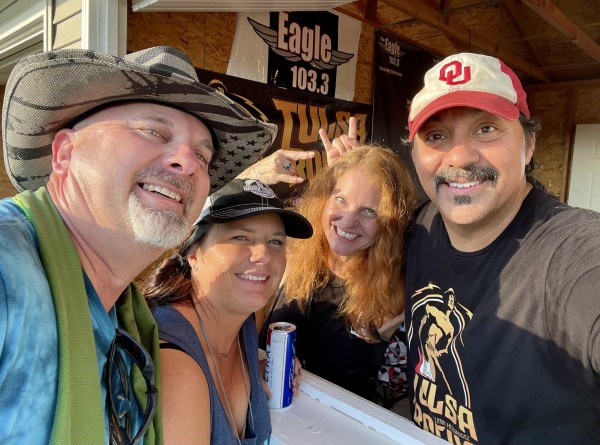 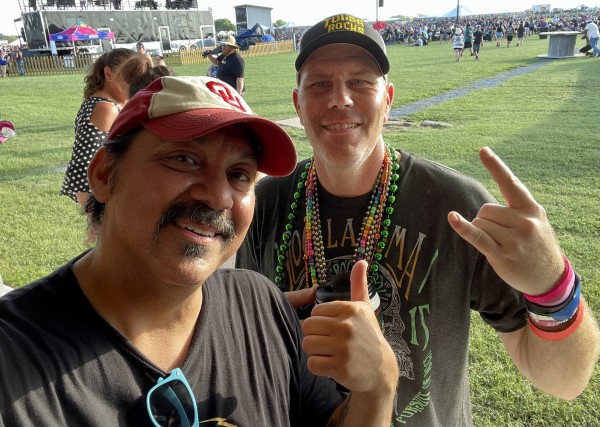 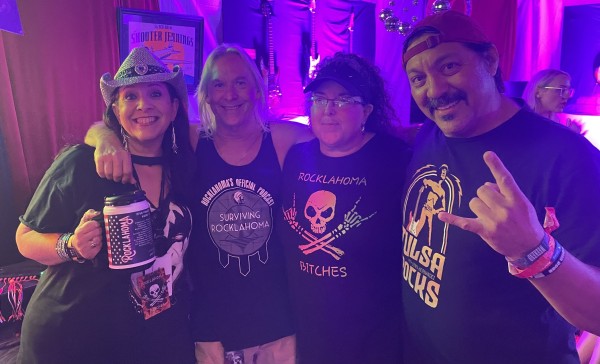 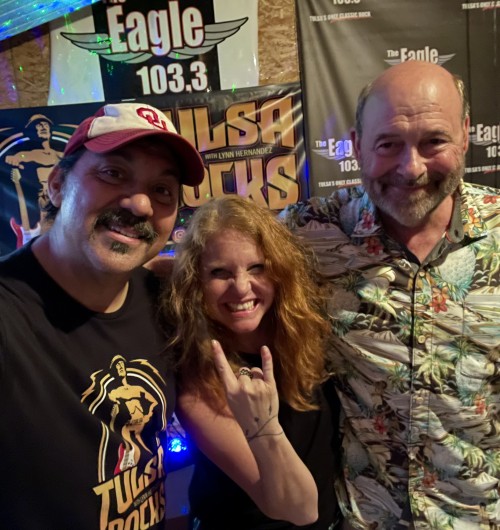 The man with the Rocklahoma plan, Mark Nuessle and his beautiful wife: 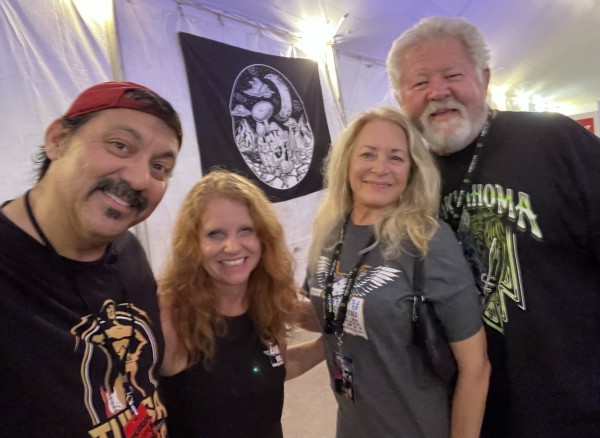 Shinedown with with Jellyroll and Josey Scott: 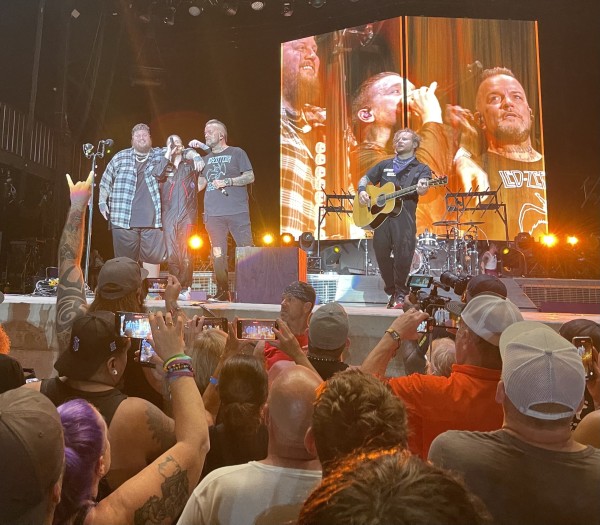 Lol, I should say WAY High and Outside! Hornsby was barely able to catch my opening celebrity pitch because it was so bad. But it was great seeing so many fans there on 103.3 The Eagle night at ONEOK Field.

Go Drillers! Best of luck in the play offs! 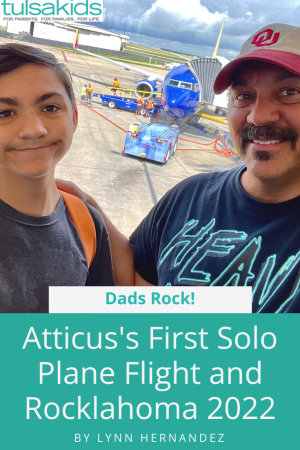