Led Zeppelin gave their first album their namesake: “Led Zeppelin.” It was released in January of 1969. Immediately it was considered one of the greatest rock records and a blueprint for the next generation of hard rock artists.  Right away considered “Rock Gods.” Only nine months later, they released their follow-up, and they went down the same path title-wise, “Led Zeppelin II.”

I’m going to do the same. I’m going to follow up last weeks blog title with a similar name: Father’s Day II.

More about my dad and what it’s like to be a “rockstar dad” in Tulsa, plus information about the non-profit I chose this week, Saint Francis, whose “Health Fair and Wellness Market” is happening this Saturday.

Last week I talked about how my siblings and I found out our parents were divorced. It’s probably not how you think, check out last week’s blog to find out. This week I’ll talk more about the later years, plus my last 11 years as a dad.

It’s odd to think back on those years. I say odd because it’s simultaneously sad, mad, glad, surprising, and a sigh of relief. Pretty much like your life if your (and odds are) parents are divorced. At the time I guess I didn’t think much about the situation, especially as more and more of my friends’ households also became split up. It’s only after going through so much heartache and up/down relationships as an adult that I can look back and think, “Wow, I made it out OK.”

I’m probably describing this all wrong. I hope you can tell how much I loved my dad and childhood. Things were very sad when they divorced, and I hated it, but that’s because I was 11 and not many kids that young want their parents divorced and to have to leave their friends every other weekend. My dad loved us kids very much, and he made that 4-hour (roundtrip) drive frequently just to watch me play a hockey game. But you know what? I made the best of it and found new friends and life experiences in “the big city” (Dayton is much bigger than Findlay) where my dad moved to. My hometown radio station that I LOVED was FM 104 WIOT in Toledo. Dayton had a sort of “sister station” that I loved too: 104.7 WTUE radio. They are two reasons why I wanted to get into radio as a DJ!!

I moved to Dayton for a summer till I figured out if I should go back to Ohio State or elsewhere. I ended up back home with mom and graduated from the University of Findlay in 1992.

While living with my dad, we had so much fun. He taught me much about being a man. Just by watching him, I learned so much. I get my extroverted spirit from my dad. He can talk to anyone, and often does, whether they want to or not. Just like you, I was so embarrassed by some things my dad would do in public. And hopefully, just like you, I cherish those memories so much.

My dad taught me to work hard and cherish times that seemed a bit unnerving at first but ended up fine. As a little kid in church, trying to keep it together and not let the fact that I NEVER wear the clothes I had on except for when I went to church get to me. I tried listening and focusing on what the preacher was saying, but it was always over my head. I knew messing with my twin who was sister sitting next to me would get me in trouble, so I just tried to grin and bear it and get through the looooooooong sermon by sitting and being still. I don’t get parents that let their kids crawl all over the place, making a bunch of noise and disrupting others.

Dad always realized I was struggling and would write or draw some funny message on an offering envelope and slide it to me. I’d look at it and almost burst out laughing. Then he’d simply write, “Pancakes or waffles?” That was a reminder to me that in no time we would be at the “The Golden Nugget” pancake house. We always had fun there, and of course, dad knew all the waitresses, busboys, and owners. And they all knew him. And he would always run into someone he knew or that knew him.

I very much cherish Father’s Day and can’t wait to visit my dad for his birthday in Dayton, Ohio, in August.

When those Progressive “Becoming Your Parents” commercials first came out, I was a bit perturbed and thought, “You know what? If I’m half the person my parents were, I’d be proud of myself!” But then I watched more of them and can’t stop laughing!

“Remember, the waiter doesn’t need to know your name.”

I totally do that now.

I was sorry to see my parents split up, but blessed God gave me a half brother and sister, Andy and Angie. They were just toddlers when I met them for the first time. I took Andy to his first concert: Rush, Moving Pictures tour, March 10th, 1981 at Dayton’s Hara Arena.

They have grown up to be fine adults with wonderful kids of their own. I have called them many times for advice on how to handle my own life struggles and kids.

My life turned up much differently in that I have two kids from two different women, and I’m not married to either one of them… anymore. I have never dealt with anything quite like that so I’m (just like you) trying my best and so far, it seems to be going OK. Kids are so resilient, right? One of these days, I’ll write a blog about how screwed up I feel the family law system is in this state. And I suspect in every state, but I won’t talk about that now. DM me if you feel the same. Follow me on social media at the links above, and you’ll see lots of pictures of my kids and some of the fun things we do. Please join us!! We are always looking for new people to meet and friends to make.

This Saturday, 9:00 am to 1:00 pm at Health Zone at Saint Francis, 68th and Yale, there will be a “Health Fair and Wellness Market.” Lots of information about the amenities Health Zone offers plus healthy eating from The Bachelors Table, incredible gyros from Pita Palace, and Josh’s Sno Shack for the kids. You can also get screenings for: Cholesterol, blood pressure, OH! And massage chairs! 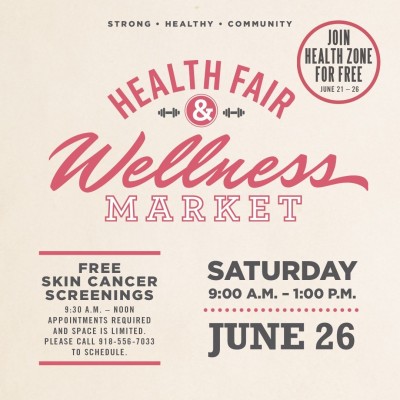 In the immortal words of Robert Plant:

Good times, bad times, you know I’ve had my share
When my woman left home for a brown-eyed man
But I still don’t seem to care…” 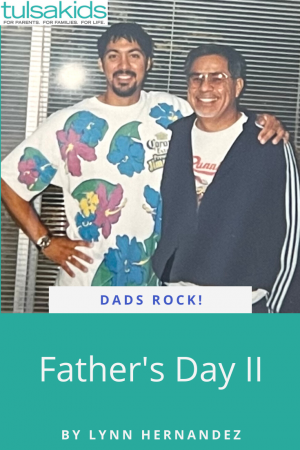