Every Age is My Favorite Age

This past week, my oldest son turned 13. Noah is technically my nephew, but he has been with us since he was so small that he and my DNA children only remember their life as siblings. Noah and my bio son Arthur are three months apart, which means this year we’ll become the parents of not one but two teens. 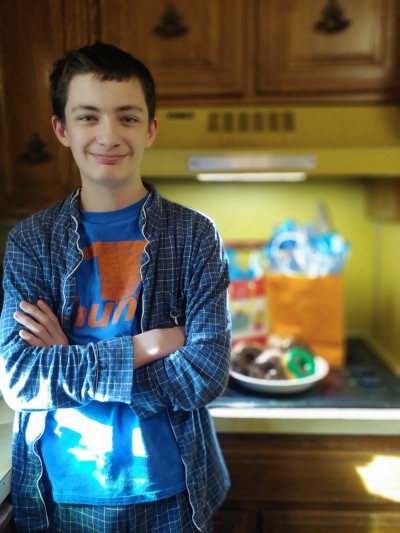 I know it’s hard for a lot of parents to accept their kids becoming teens, but I actually really love watching them grow up. Ever since the kids were little, I’ve always loved each new phase of their lives, like a new level on a video game, an achievement they’ve unlocked.

I loved it when they were little two-year-old versions of Curious George. I loved it when they discovered make believe and first became obsessed with Disney movies. I loved watching the boys speak their own little preschooler pidgin that somehow they both clearly understood. I loved watching Lucy surrounded by a group of giggling girls and hearing her go on for hours about her best friend Scarlet.

When I was a kid, I think my mom had a really hard time dealing with the fact that we were getting older. Maybe it was because to her, babies were cute and cuddly and easy to understand; big kids were complex and difficult.

Mom would say things that made me uncomfortable, looking at us with disappointment and genuine pain, telling the air, “I can’t believe my babies are growing up.” When she bought us gifts and clothing, they were often too young for our age. It sounds silly to say it, but I think my mother wanted to have babies, but it never occurred to her that those babies would become people until we were already well on our way to growing up.

When I had my own kids in my mid-30s, people would often say to me wistfully, “They grow up so fast.” I saw lots of social media posts with crying emojis about first days of kindergarten or high school and felt a pang of worry. Would it go by too fast? Would I cry through their middle school graduations and make them feel guilty about growing up?

I didn’t want to judge other parents for feeling that way, but I always wanted to be the parent that celebrated her children’s milestones instead. But it wasn’t as hard as I expected it would be.

I love babies. There’s really nothing like cuddling a tiny person, snuggling with their warm little head against your shoulder while listening to their little baby breath sounds. But if I’m being completely honest, I was eager to interact with my children and get to know them.

When Arthur was a baby, our first baby, I would watch him sleep and think about waking him up to play. My husband would tell me, “Please don’t wake the baby up!” because I would watch the boy longingly, willing him to wake up and hang out. I wanted to know who he was inside his little baby mind. In a weird way, I always felt like he and I knew each other from the moment he was born and understood each other in a way that other people never would.

But I still had to wait to learn who he was, and I was excited for every moment he revealed more of himself to me.

I also found caring for babies could often be scary and overwhelming. I would wake up during the night and check on the kids, feeling their backs to make sure they were breathing. They were so fragile, and so much could go wrong. I was constantly worried I would leave them in the car, worried about choking hazards, worried they would bump their heads while learning to walk or accidentally eat something toxic. I breathed a sigh of relief when I realized they were old enough that SIDS was no longer a concern.

Like a lot of parents, we found ourselves raising multiple young children at once, and we weren’t really prepared for it.

Arthur had been a relatively easy baby, happy and mellow all the time as he was. We were surprised to realize we didn’t really change our lifestyle much after Arthur was born. As an only child for three years, he went with us almost everywhere, usually attached to one of us on a baby carrier or sling.

At the Bonnaroo Music Festival, Arthur beat his little drum in a drum circle filled with happy patchouli-scented music lovers, Arthur’s little sticky curls stuck to his head as he smiled at everyone. At parties, he charmed everyone with how easily his toddler self got on with adults and how even-tempered and downright chill he was.

When he was three years and three weeks old, Lucy came along. Even before birth, she was completely different from her brother. Arthur never kicked much like other babies, instead mostly rolling gently from side to side, stretching out and shifting like baby Tai Chi. Lucy, on the other hand, was Tae Bo with Billy Blanks. My OB called her Karate Girl.

Lucy was wild and intense from the minute she was born, and as a baby, she needed everything. She was the kind of child who would go full plank in the middle of a Target parking lot because she didn’t want to leave the shopping cart.

Once we pulled over behind Union 6th and 7th Grade Center because Lucy suddenly didn’t consent to seat belts. She was bucking and screaming as Justin tried to plead with her to sit down and be safe when a woman pulled up behind us and rather obviously held her phone to her ear, watching him. We were almost certain she was calling the police on my husband for kidnapping as we finally took off.

A couple of months after Lucy was born, Noah first came to stay with us. Suddenly Arthur was a middle child between two forces of nature, and suddenly his parents were juggling more children than we were equipped to manage.

Other parents have color-coordinated holiday photos, kids with tidy braids tied with ribbons, and humblebrags all over social media about how their kids always behave in public, while our kids looked like extras from Oliver Twist and the backseat of our car at any given time looked more like a popcorn popper and sounded like an oversized kindergarten class after cupcakes and Kool-Aid.

The Letting Kids Be Kids Stage

As wild and crazy as they can be at times, we’ve always tried to impose very few restrictions on our kids (within reason). We emphasize responsibility over rules: they take out the trash or do the dishes to help out the family, not because it’s a chore. When they don’t keep up with their responsibilities or they don’t share or they’re rude, they’re letting other people down.

We’ve also encouraged them to dress and express themselves as they please and pursue their own interests. After Lucy cut her own hair at four and we took her into the stylist for damage control (!), she wanted to dye it purple and pink like Twilight Sparkle and we couldn’t see any reason not to let her. When Noah wanted to create YouTube videos about cars in GTA, we made sure he had everything he needed to do that.

As they’ve grown older, it’s been awesome to watch the kids explore who they are and what interests them and to follow those interests. When their old pics come up on Facebook memories, I enjoy thinking about how cuddly they were or how adorable they were when they said a certain word wrong.

But it’s just as incredible and exciting to see the art that Arthur and Lucy are learning to make or the incredible car knowledge Noah has. And it’s amazing to see one of the kids step up and apologize for a mistake or offer to help out without being told. And it’s absolutely stunning when I catch one of the boys explaining the Cold War to someone or talking about literary tropes. 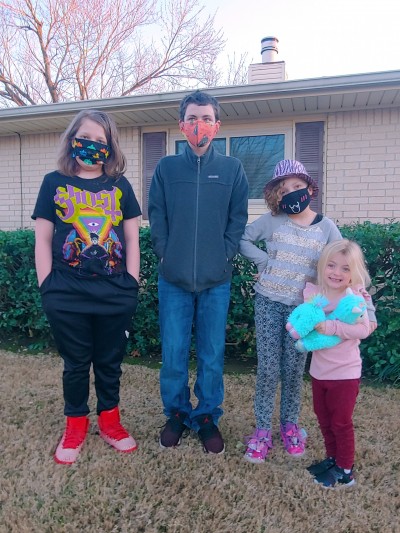 I’m excited to be a mom to teens. Teenagers are smart, funny, inquisitive, but still young and lighthearted enough to buck the system, question everything, and still remember how to play. Every year, we have a chuckle when the kids’ insurance policy reminds us that it’s “time for the twins’ checkup.” Despite being only three months apart, the brothers couldn’t be more different, and I love that.

On Noah’s birthday, he stood 5 foot 6 inches tall, five inches taller than his brother. He eats sandwiches constantly but he’s still somehow skinny. His latest interest is in cataloging every car in Grand Theft Auto, and he has this awesome habit of starting older TV series and movies that randomly look interesting to him like Jericho, Eureka, and every James Bond film ever.

On our family Prime account, I found an Amazon wish list Lucy started called “Special Gifts for the Brothers.” On it was a shirt that says “This is what a cool big brother looks like,” one in green and one in black.

I know if Noah’s dad were alive, he would be blown away by this kid. I know I am, and I can’t wait to see why the next stage is my favorite. 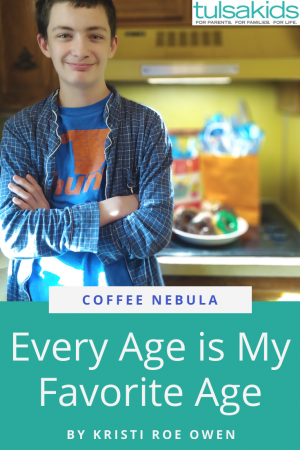