Dr. Crutcher is Founder of the Terence Crutcher Foundation

Dr. Tiffany T. Crutcher is a native of Tulsa, Oklahoma who was thrust into the national spotlight following the death of her twin brother, Terence Crutcher, who was shot by a police officer in Tulsa, Oklahoma, while holding his hands in the air. The murder of her brother compelled Tiffany to speak out against police brutality, particularly the killing of unarmed black men. She has chosen to turn her personal tragedy into an opportunity to bridge fear, mistrust, and help transform a justice system that has long perpetuated injustice dating back to the 1921 Tulsa Race Massacre where mobs of white rioters burned down her great grandmother’s prosperous community known as Black Wall Street. Dr. Crutcher has remained committed to organizing coalitions throughout the country that promote the interests of minority communities. Crutcher is the Founder of the Terence Crutcher Foundation and the Demanding A Just Tulsa Coalition. The foundation’s primary focus is criminal justice and policing reform, providing scholarships to African-American students, community &amp; youth development, and policy advocacy. 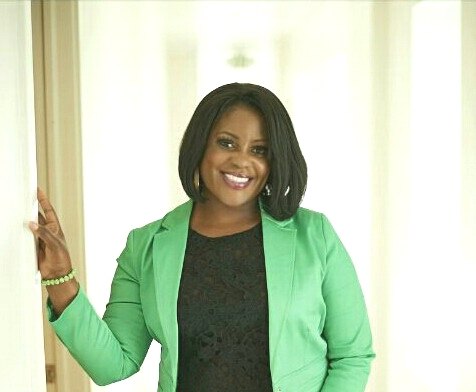 Crutcher is a proud HBCU Graduate where she received a BA, MS, and Clinical Doctorate from Langston University and Alabama State University. She is a member of Alpha Kappa Alpha Sorority Inc., and a graduate of the James W. Wright Leadership Development Institute in Montgomery, AL. Dr. Crutcher currently serves on the Oklahomans for Criminal Justice Reform, Metcares Foundation, Historic Greenwood Mainstreet, and Justice for Greenwood Foundation Boards of Directors. Crutcher is also a member of the United Justice Coalition and a founding member of Sisters of the Movement, both National organizations.

In 2018, Dr. Crutcher created the Tulsa Community Remembrance Coalition in partnership with Mr. Bryan Stevenson and the Equal Justice Initiative (EJI). EJI is committed to ending mass incarceration and excessive punishment in the United States, challenging racial and economic injustice, and protecting basic human rights in American Society. This vital partnership is committed to changing the narrative about race in America. The Tulsa Community Remembrance Coalition under the leadership of Dr. Crutcher, will lead a mass effort to memorialize the victims of lynching and racial terror in Oklahoma and empower citizens to confront issues of racism with the goal of overcoming racial inequality through the building of the City of Tulsa’s first comprehensive memorial and community remembrance work.

Crutcher is the recipient of many awards and honors including the 2017 Cecil St. Clair Service Award (Montgomery, AL), the 2018 Martin Luther King Service Award (Union Springs, AL), the 2016 Women in Heels Leadership Award (Tulsa, OK), the 2019 Dan Allen Center for Social Justice Local Champion Award, just to name a few. Crutcher was named a 2020 Tulsan of the year and recognized by the Oklahoma City Thunder Basketball Organization as a Changemaker in the state of Oklahoma. Dr. Tiffany Crutcher was recently awarded in October of 2020 with a grant from The Black Voices for Black Justice Fund co-chaired by Actress &amp; Activist, Kerry Washington, Wes Moore, Jean Desravines, and Kristen Clarke because of her grassroots work and commitment to social justice in Tulsa, Oklahoma. Crutcher has been featured on 60 Minutes, The View, CNN, MSNBC, The Steve Harvey Morning Show, The Roland Martin Show, Keeping It Real with Al Sharpton Radio broadcast, The Karen Hunter Radio broadcast, TIME Magazine, Newsweek, and many other platforms advocating for police reform and justice for Greenwood. Dr. Crutcher has served on multiple panels hosted by National Civil Rights
organizations and she has frequented Capitol Hill to push the United States Congress to change laws around police accountability.

Dr. Crutcher has been a mentor to many, empowering men and women to live out their true purpose through personal growth and development, while helping them become successful in business and in life. In 2020, Crutcher served as the Senior Advisor for the Greg Robinson for Mayor of Tulsa campaign that garnered close to 40 percent of the vote in a pool of eight candidates. She is truly an agent of change and highly sought after because of her authentic
ability to inspire the masses into action. Dr. Tiffany Crutcher is now known as “America’s Sister” and lives by the scripture, Galatians 6:9; Let us not grow weary in well doing, for in due season we shall reap if we faint not.