Do Not Miss Travel Stops in Boston

Boston is one of my favorite cities! Maybe it’s the New England air and European architecture, or the seaside wharf and Boston Harbor, the authentic Italian cuisine and famous creamy clam chowder, or the cultural and intellectual vibe resonating from the more than 100 colleges and universities in the vicinity. Above all, it’s likely the unique combination of historic treasures and old world charm — all housed in a compact city that makes it simple to get around and enjoy.

Take It from the Top

On foot, by bike or via the subway system, you can see a lot of the steeple- and café-laced metropolis with such ease. Whether you’re a newbie or repeat visitor, get your bearings and see much of Boston’s beauty from the Prudential Observation Tower, the highest skyscraper in New England. From 50 floors up, acclimate to the city’s layout and soak in the panoramic view. Admire the boats in the Charles River, Cambridge’s Harvard and MIT in the distance and the bustling Financial District, which punctuates the skyline. To maximize this time, use audible equipment, which explains Boston’s many neighborhoods.   Once back at street level, prepare to explore three-and-a-half centuries of history, (but wear comfortable shoes – many of the streets are cobblestone or brick).

Over an evolution spanning hundreds of years, Boston has several historical nicknames, including The City on a Hill and The Cradle of Liberty. Originally, she was named Trimountaine for her three prominent hills. Beacon Hill is on the National Historic Register and consists of federal-style row houses, brick sidewalks and narrow, gas-lit streets. Boston is also known as the “Cradle of Liberty” due to events, including the Boston Massacre and the model document written for the United States Constitution in 1787.

For a first-timer, a thorough way to uncover Boston’s roots is to walk the Freedom Trail, a 2.5-mile brick path that weaves through many iconic neighborhoods, such as Beacon Hill, and passes 16 historic Revolutionary War sites including Paul Revere’s House, Old North Church and Faneuil Hall Marketplace.  The trail goes through Little Italy, where you’ll find Italian fare and scrumptious cannoli at one of many bakeries. Download a map to easily manage the Freedom Trail at your own pace. Or take a guided tour led by a costumed professional, who will give you a real-life history lesson.

Not surprising, given its age and long-standing reputation as an innovative place, Boston is a city of many firsts.  Just to name a few, be sure to check out:

Boston Commons/Public Garden. Boston Commons became the first public garden in 1634 and is practical for walking across town and admiring the city views. The Victorian-style Public Garden, the first botanical garden, is connected to it and was designed with more elegance in mind. The magnificently manicured grounds feature the Public Garden Lagoon. Be sure to take a leisurely Swan boat ride (to honor “Make Way for Ducklings,” the classic children’s story). 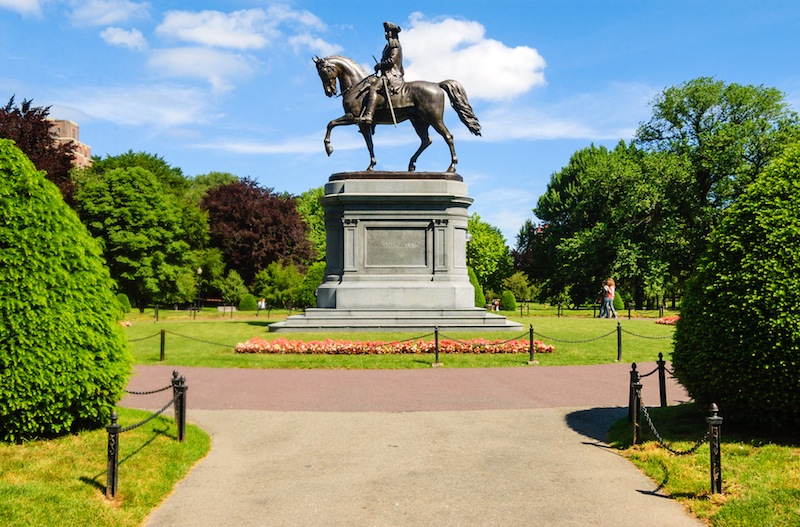 Harvard. America’s oldest university is an essential player in the field of education and research worldwide. See Harvard Yard, a 22-acre spread enclosed by 27 gates, for great people-watching. You will find folks from all corners of the world. On campus, you will also find excellent museums and Harvard’s Memorial Church, which was dedicated on Armistice Day 1932 in memory of the fallen from World War I. 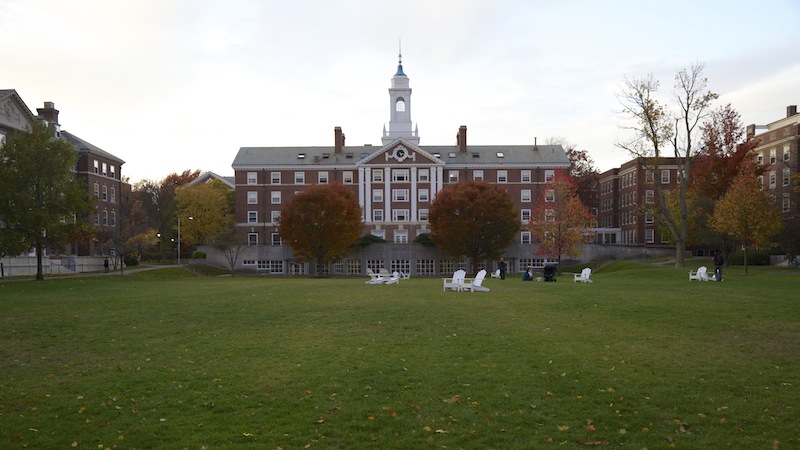 The Union Oyster House. With doors opened since 1714, this restaurant is our country’s oldest and is still operating under its original name. 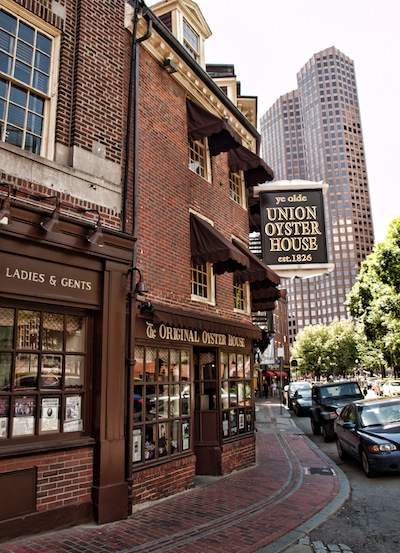 The Boston Public Library. In 1848 this palatial structure became the first publicly supported free municipal library worldwide. It features world-class murals and has an arched courtyard, featuring flowing fountains. The library is located in Copley Square, which is also home to Romanesque-style Episcopalian Trinity Church, founded in 1733, and is near Newbury Street, an upscale shopping and eating district. 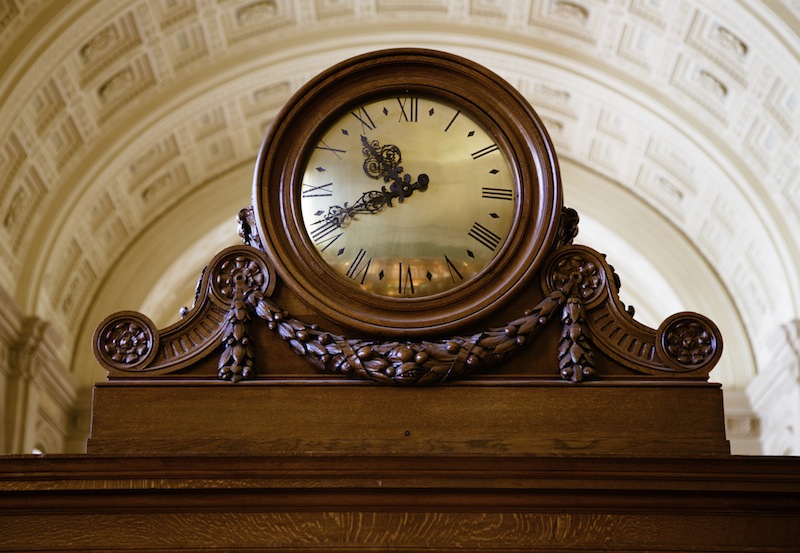 Fenway Park. Whether you like baseball or not, visiting baseball’s beloved first stadium is almost obligatory in- or off-season. Situated right in the heart of Boston and home to the Red Sox, this site featured the first modern World Series in 1903. Stadium tours are given year round and operate at the top of the hour. 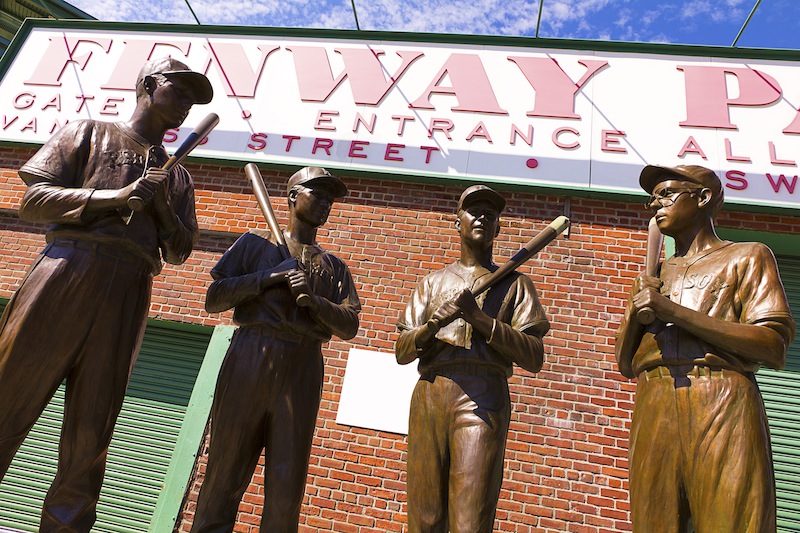 The T. Boston’s underground metro opened in 1897 and is considered one of the most efficient subway systems around. It’s also an inexpensive way to get from point A to point B. There’s no need to cab it or set foot in a car. Traffic is often really heavy in the city limits.

Take the family to sights we all read about in history books. After all, Boston is the birthplace of the American Revolution and spawned our independence. Spring and fall are fine times to visit when the weather is comfortable. Or if your vacation can be stretched beyond a weekend trip, once summer hits, consider extending your stay to include Cape Cod or Martha’s Vineyard. Boston and its surrounding area weave so much history and charm together that it is sure to leave you desiring more!