Here are some things the kids and I did this past week.

First off, Friday, April 1, was the groundbreaking at the expansion of the Community Food Bank of Eastern Oklahoma. It was another event I dragged my son to, but once he realized there were free carne asada tacos and cookies, he was all in!

The “Food Bank” will be doubling its size and capacity to serve the community, which is mindboggling because they already serve 400 hundred partner agencies in 24 counties in eastern Oklahoma. They have a 78,000-square-foot facility that can store 3 million pounds of food at any given time. Their mission is food security and dignity for all eastern Oklahomans and, whether you use their services or not, we are all better because of them. Please help by volunteering your time or donating your funds: www.OKFoodBank.org 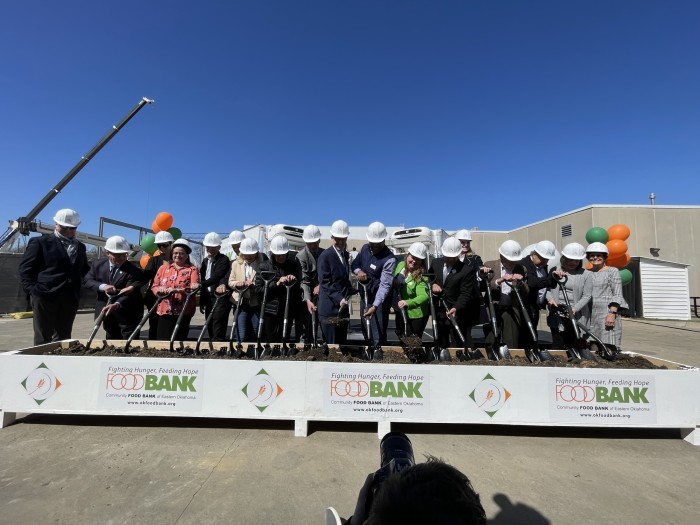 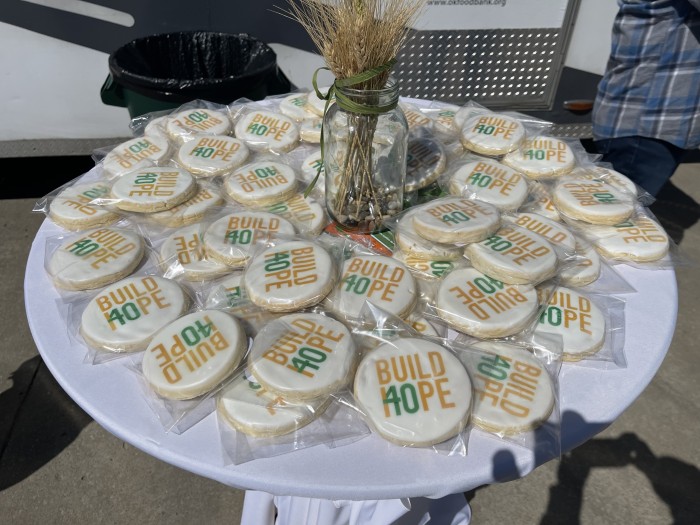 Cheering for the Tulsa Oilers

Later that night I was given tickets to a Tulsa Oilers game. And not just any tickets, SUITE tickets! If you’ve never been in a suite at BOK Center for an event, I hope you get a chance soon. It’s so much fun. and my daughter had a blast! And the Oilers WON 5-3!! 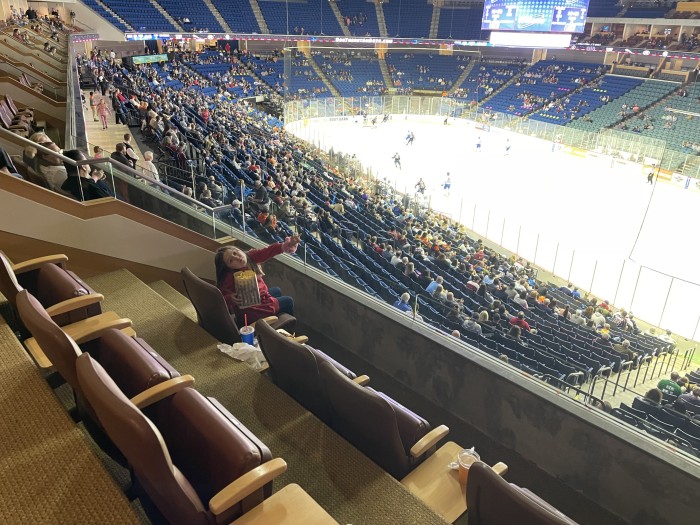 It was also Native American Heritage Night, which featured Miss Oil Capital of 2022, who is of the Cherokee Nation, and the two rapper characters on the hit Hulu TV series Reservation Dogs, Lil Mike and Funny Bone. I tried to get a picture with them, but the line was crazy long, so I just snapped a picture from afar.

The final home regular-season game for YOUR Tulsa Oilers is tomorrow night at BOK Center. Should be a great game since it’s against the same team we beat last week, so they will be out for blood. If you’ve never seen a hockey game at BOK Center now’s your chance!! 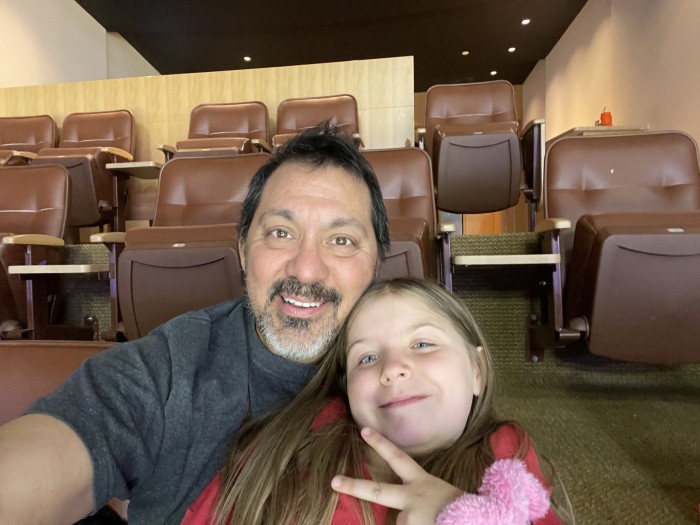 The next morning, Saturday, April 2, was the first day of the Tulsa Farmers’ Market season. After a long day and night, it was hard to get up the next day, but I’m so glad we did because it was soooooo much fun. The weather was perfect, and it was packed with families having fun. The smells of fresh-cut flowers, fresh-baked bread, and the sounds of entertaining acoustic music filled the air. They had a sign that said no pets, but there were many dogs enjoying the sights, smells, and scenes, too. My kids and I love petting all the dogs, almost as much as the dogs loved being petted! I understand the concern, but I hope they don’t strictly enforce that rule. And if you have a dog that bites or doesn’t get along with other dogs, DON’T BRING THEM! 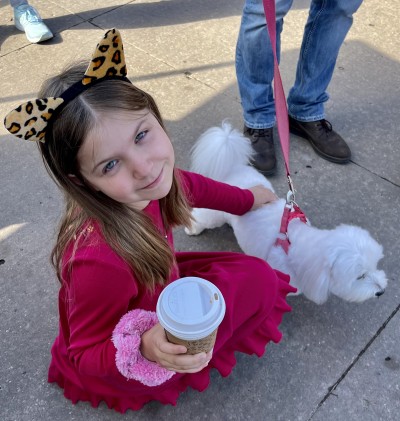 The market is located in the wonderfully restored Kendall-Whittier area at Admiral & Lewis in between Circle Cinema and Pancho Anaya. Tulsa Farmers Market will be there every Saturday from 7:00 am to 11:00 am till October 23rd. Here is their website for more info: www.TulsaFarmersMarket.org 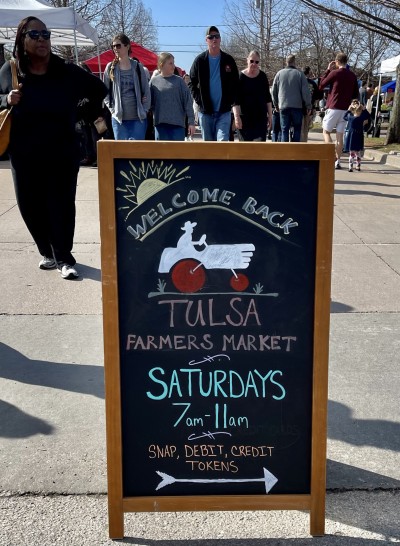 We plan on hitting many farmers’ markets this year. Please email me and let me know your favorite! 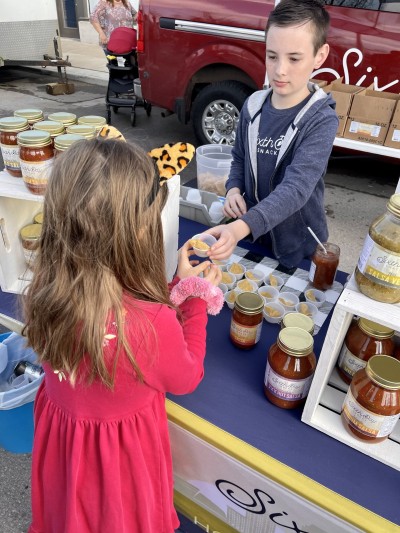 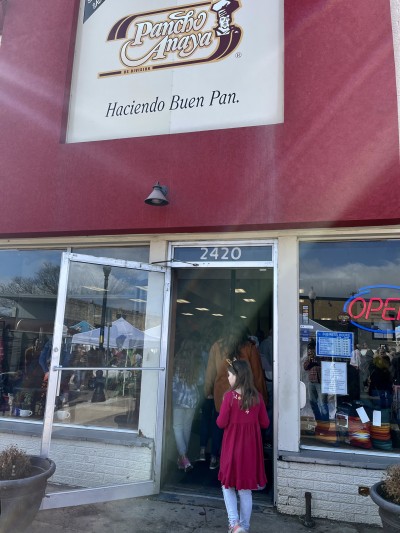 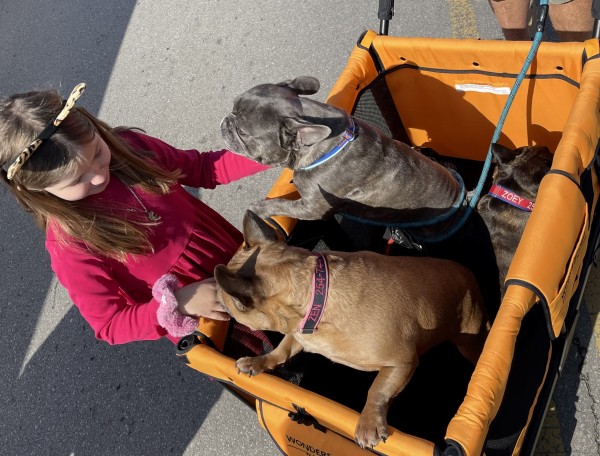 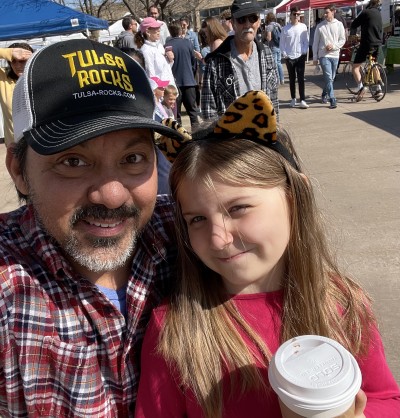 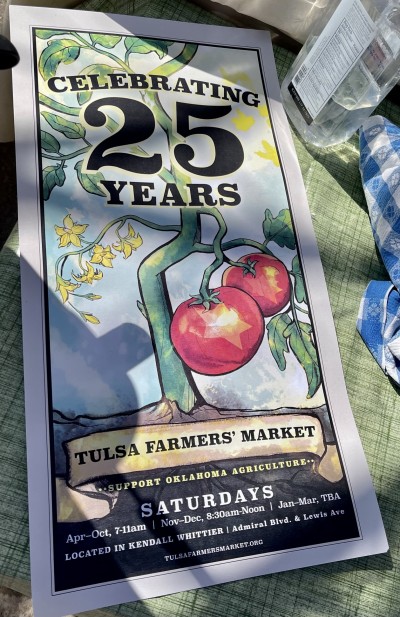 Sunday the weather was so beautiful we had to go to a park and decided on La Fortune Park. We have been there many times. After that, it was off to Woodland Hills Mall to buy the kids some summer clothes. While we were there we discovered a new food vendor in the mall. I’ve never heard of it, but my son has and said it was “a TikTok thing” which explained the huge line. I wasn’t going to stand in that line, but my son did. It’s called: “Oh K Dog and Egg Toast.” It’s basically mozzarella cheese and hot dogs on a stick deep fried in sweet potato. And yes, it’s good! They have other items like breakfast items I plan on trying soon, more to come!! 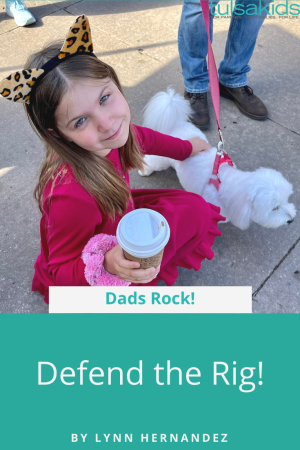