Today I am going to talk about puppies and dogs. Just by reading the word “puppies” if you didn’t let out an actual verbal “awwwwww….” chances are within you did silently within yourself. Unless you’re allergic, you love seeing, petting, playing with and cuddling with any puppy. Even if you have a favorite adult breed, even the runtiest of the runts of the litter are too adorable not to let out a “awwwwww…..” when you see one. Puppies have been proven to help heal someone who is sick just by their cuteness.

So, summon your inner 3-year-old self and imagine puppies crawling all over you wagging their tiny tails and licking you with their tiny tongues because yesterday was National Puppy Day, and we’re still celebrating!

The non-profit I chose to partner with this week is Brain Injury Recovery Foundation. They help those who are going through traumatic brain injuries and hope to soon open DEFY Neuro Rehabilitation. More on that at the end of the blog. 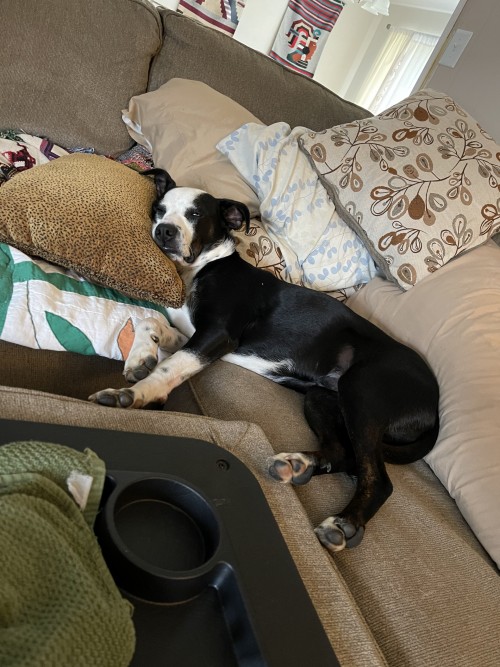 Those are the names of the dogs that I have had in my life. I have been very close to other dogs of friends over the years that have been dear to my family. When I was a kid, my friend DeRay had a dog named Spirit. She was an Irish Setter. They make super cute puppies but man, when they get older, be prepared for a super energetic dog! They can keep up with the most hyper of kids, then snuggle and crash for a nap in the afternoon. Cute.

In future blogs, you’ll hear me talk about my friends a lot. Some I’ve known since pre-school, which was 51 years ago. We still get together once in a blue moon. And talk on the phone to this day!

One of my other friends growing up was (still is!) named Jeff Baldridge. His older brother Steve had an all-white bull terrier named White Mabel. She kind of looked like the Budweiser mascot Spuds McKenzie. When you played with her and got her all riled-up, she squealed like a little piggie! It was so cute! Steve struggled coming up with a name for her until one day he and his friends (they were 5 years older than us) were playing pool and drinking Black Label beer. After a few brewskies, they came up with the name: White Mabel! Lol

One of my most favorite canines was not mine but my twin sister’s, Lynda. His name was Sam. A mix of German Shepherd and cartoon character. I was devastated when shortly after high school she moved from small town Ohio to Austin, Texas. I was also very proud of her and visited her any chance I could before finally graduating college and moving there myself! When on one of those visits, I met Sam for the first time I fell in love with his goofy, loving nature. I was visiting for a week or so and had to go back to Ohio, but Lynda would often send me pictures of Sam being funny or just napping on their futon chair.

When I was married, my wife brought two dogs to our family, Brock and Tabbi, short for Tabitha. Brock was a huge, 110-pound black Labrador that was all heart. The kids and I very much enjoyed walking with him. We always said, “We are going for a Walk around the Block with Brock.” The two dogs were so funny together because he was this huge, gentle giant, and Tabbi was a fierce little barker that made sure every leaf blowing down the street knew she was watching! She had a funny little face with very crooked teeth that you just could not help love.

My first dog was when I was about 4 or 5 years old. Don’t quite remember that far back, but she was a Collie named Brandy. My dad told me he got her from Cesar Chavez. Yes, the Cesar Chavez. In the late ’60s, early ’70s. My dad (the Hernandez side of my family) was very active in the United Farm Worker’s efforts to make sure farm workers in the grape fields were treated humanely and had representation in California agriculture. More about that in June for Father’s Day. Today is Puppy Day!

My dad said Cesar loved collies and enjoyed training them. He trained Brandy and gave her to my dad. This dog was so smart, she was bilingual! ¡Si, es cierto! When we said “Sit,” she would sit. Also, when we said: “sentarse,” Brandy would sit. She knew a handful of other bilingual commands. I love her so much. She was so forgiving of us as little kids crawling all over her. I used to use her big, furry belly as a pillow to watch TV on the floor. Brandy was very smart, loving, obedient and protective. She never needed chained up and never left the boundaries of our yard. Cesar Chavez had done an incredible job of training her. Alas, as she got older, she began to wander. We lived not far from Interstate 75. She had been gone for a couple days. Something she’d never done before. We searched for miles. Until a knock on the door. I answered. A strange man stood on our porch holding a large black garbage bag. When he saw that a young boy had answered the door he quickly moved the bag behind him and asked, “Hey there… is your mom home?” I knew what was in the bag. I went to my room and cried for days.

My next dog was another collie. Her name was Gypsy. Although it was up to me to train her, I wasn’t nearly as masterful as senior Chavez. Collies make for super adorable puppies!! I couldn’t get enough of her. I wanted to sneak her into school with me. But as Charles Schulz of Peanuts says: No Dogs Allowed. When Gypsy passed away, I was in college. I felt every bit of continuing my upper education and becoming a man. Until I called the vet to tell them my dog died. I couldn’t even get the words out of my mouth. The vet on the other end of the line immediately guessed what was wrong. My mom had to take the phone and finish the call. Again, I went to my room.

It’s been 30 years since then and I have always wanted a dog, but it’s such a big commitment that I kept putting it off. Till now. I wanted to wait till the kids were a bit older to get a dog and cat. I didn’t want to change diapers and a litter box in the same day. A cat will have to wait a bit longer, but now we have Domino. A super-adorable, 1-year-old terrier/pit mix. We were going to foster her, but she stole our hearts and won’t give them back, so I signed the papers to make her our newest furry, family member. 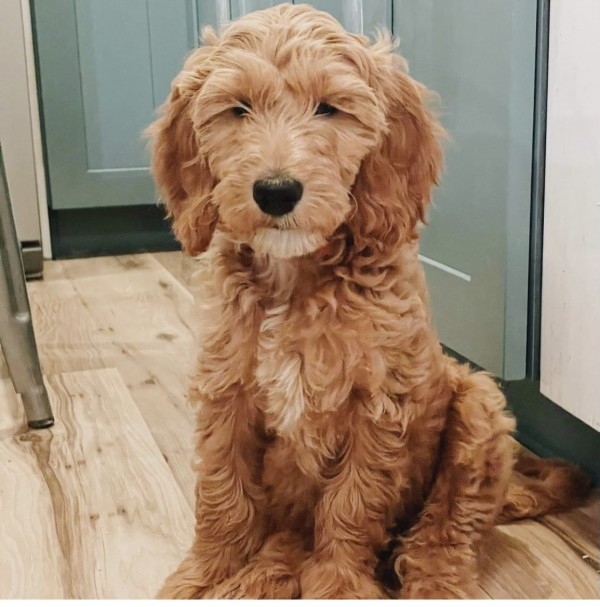 This week I am helping an old friend. His name is Chris Lieberman. I didn’t really get to know him much, but you don’t have to when you meet him. He’s one of those persons that after meeting him once, you feel like he’s a good friend. Years ago when he and his partner started Center of the Universe Festival downtown, I was working at 97.5 KMOD radio. They asked us to set up live and broadcast like we did for Rocklahoma and Hop Jam. Since then, Chris had a terrible fall off a ladder and injured his brain to the extent that doctors were telling his family he may not survive. They refused to accept that and searched for more specific treatment and recovery. They found it, but had to travel to Dallas many times over the next few years. Chris, his sister, Melissa Jackson, Kimi Hann and I had a meeting last week to discuss their fundraising efforts to open a facility in Tulsa so others in their situation don’t have to travel so far for treatment. They want to open DEFY Neuro Rehabilitation but need your help.

You can buy a cement four-leaf clover. Order now and pick it up this Friday at Hunt Club. Then grab a hammer and smash away! Inside are a variety of awesome prizes! Here’s the website to buy one.

Below is me breaking one! 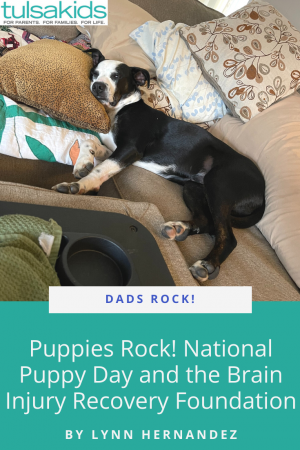