When you want good advice or a great idea, sometimes the best resource is other moms. When we decided to do a feature on kids’ birthday parties, we asked our readers to share their favorite party ideas. Here are a few of our favorites.

Beth Woodward, Tulsa
My daughter just turned 7, and she had a “dog” party at home. Here’s the scoop!

Invites were handmade dogs with bones tied on collars, saying “It’s a Dog’s Life at Caroline’s Dog House.” Girls were asked to bring a stuffed dog with them.

Upon arrival, the guests were given dog ears on headbands (Oriental Trading) instead of party hats. The girls decorated foam picture frames with dog stickers and foamy goodness. I took pictures of the birthday girl with each guest and made copy to put in the frames.

The main activity was a dog show featuring each girl’s stuffed dog. The dogs were “groomed” before the show with a couple of inexpensive hairbrushes, then coiffed using bows I picked up at Build-a-Bear. I bought a hoola hoop and frisbee so the dogs could “perform” tricks, and each girl was given a certificate for something, such as Best Jump, Best Groomed, etc.

The cake from Merritt’s featured a dog, of course. I found plastic dog dishes at the Dollar Tree, so each girl was served her cake and ice cream in the dog dish. They sat on the floor on a plastic tablecloth and ate. Loved it!

Bracelets with dog charms, memory wire, and brown and pink beads were given to each girl to make. We played a game where the girls tossed plastic wiffle balls into baskets (Dollar Tree), each marked with a dog shape and number of points. Every girl got a prize (I’d been stocking up on dog stuff for weeks).

My daughter told me later that night, “Mom, my party was awesome!”

Tiffany Hartley
Last year we had a birthday party at our home for my daughter with a ‘Tutu Theme’ because she was turning 2 years old. For the party favors I gave all the little girls tutus and fairy wands. It was adorable to see all the girls running around in Tutu’s! For the cake, the bakery created a tutu identical to the one my daughter wore for her party.

Miranda Pautler, Tulsa
My daughter Emma’s birthday is February 10, and this year we decided to celebrate with a Chinese New Year’s Party. She has been into all things Asian for a couple of years now, thanks to Disney’s “Mulan” and an aunt who currently lives in Korea. We had lots of fun researching ideas for the party as we wanted to include some authentic touches. Here’s what we did:

This was a fun, educational and inexpensive party to throw. We are already talking about what we are going to do next year! 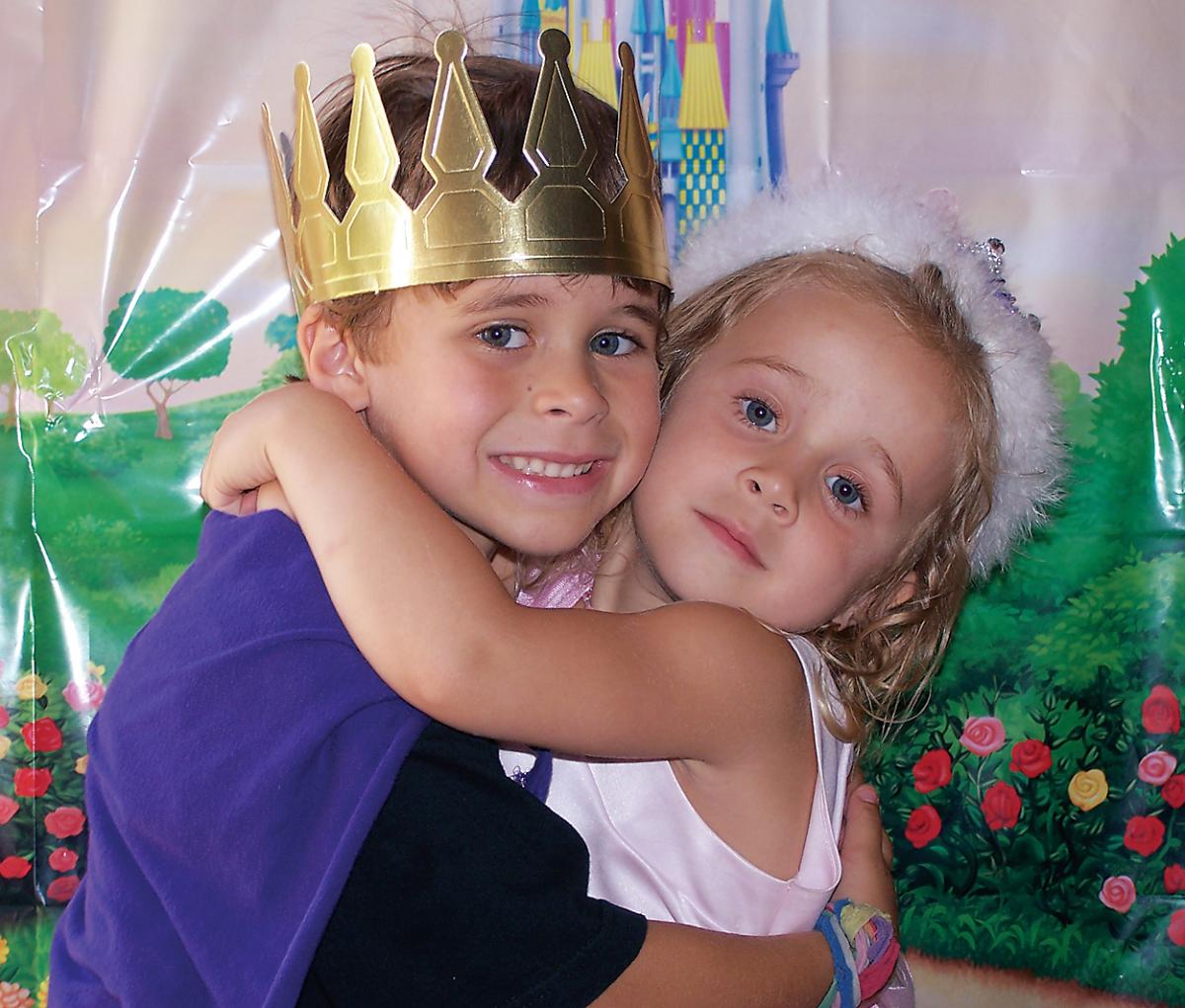 Gina Conroy
We planned a princess birthday party for our 3-year-old around the “Cinderella” Bella Dancerella DVD. My husband built a huge castle maze out of boxes where at the end of the party the princesses went to search for the prince.

We started out playing a dress up game like musical chairs, except I took photos of dress up shoes, necklaces, purses, etc. then laminated them to construction paper and put them on the floor. All the dress up items were in the middle. The girls walked on the photos and when the music stopped, they got to choose one accessory that corresponded what they were standing on.

Then we learned how to dance and curtsy using the DVD, and I made ribbon wands for each of the girls. Lastly, it was time to find the prince. The girls piled out and went through the maze, eventually finding the prince (my son.)

We had cake outside, then opened presents. What really added to the festivities is that all the girls were asked to come dressed as princesses. My sons were great sports and dressed as princes. My husband and I also got into the act by dressing up. 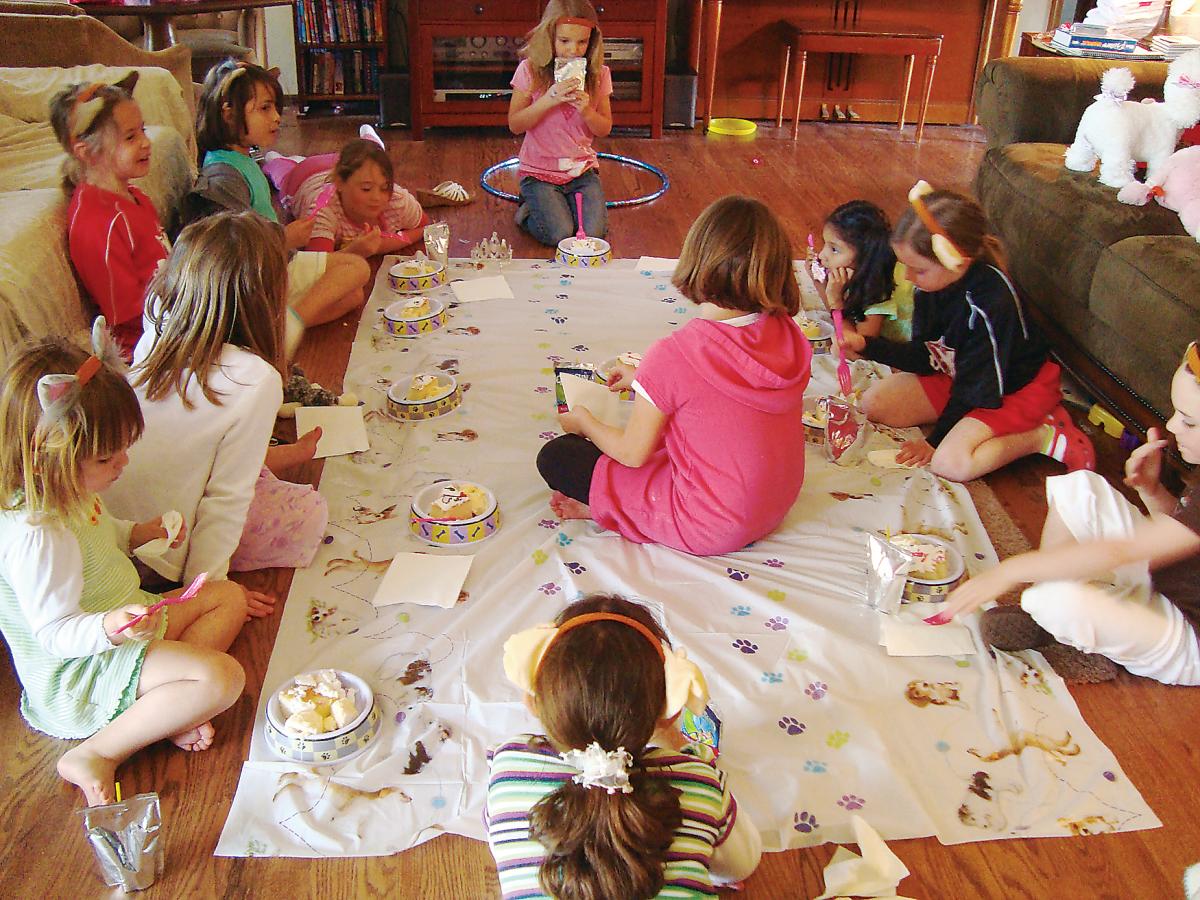 Theresa Ingram
My favorite birthday party was one for my daughter at Purple Glaze. I made huge flower-shaped chocolate chip cookies on sticks and had them displayed in a flowerpot that my daughter, Maren, had decorated at Purple Glaze. Each of the kids got to decorate her own flower pot at the party.

We had cookies and ice cream. As party favors, I gave each of the kids a pack of flower seeds and cute little backpacks that I had dyed purple and decorated with silk daisies. Two days later, I went back to Purple Glaze and picked up their pots that had been fired and gave them to the kids. It was like party time all over again when they got them!

Amy Anderson
For my son’s fifth birthday, he chose to have a Bike Party. He had mastered his bike without training wheels and was begging to race in my husband’s adult bike races, so it was a natural choice. The invitation was a Photoshop of my son’s face onto my husband’s favorite European Pro-Cyclist winning a race.

We chose to have it at Zink Park because that was where he first learned to ride without training wheels- and it was small, not usually crowded, and had a covered pavilion. We bought a pack of utility marking flags at the hardware store to mark the racecourse. Lee’s Bikes gave me some signs promoting bike riding, and I even put a picture of my son’s face over the rider on the poster.

The goodie bags included water bottles, small Cliff (granola-type) bars, a medal, and a small cowbell from Atwood’s (a must to cheer on riders at “real” races). We had Gatorade, trail mix, and chips for snacks. The only splurge was the cake from Merritt’s- but it was worth it!

They made a brown sugar “dirt” track with plastic bicycles riding on it. There were even “rocks” that were large stone-looking jellybeans. The kids raced, rode their bikes, and played. It was a blast!

Arts and Humanities Council of Tulsa