Vanessa Hall-Harper is a Tulsa Native who graduated from Thomas Edison High School in 1989. Vanessa attended Jackson State University in Jackson Mississippi where she earned a Bachelor of Arts degree in Political Science/Pre-Law in 1993. She also received a Certificate in Paralegal Studies from The University of Tulsa in 1995.  In preparation for running for the office of City Council, District 1 (2014), Vanessa returned to school and earned her Master of Science in Management (MSM) degree in 2013 from Southern Nazarene University. 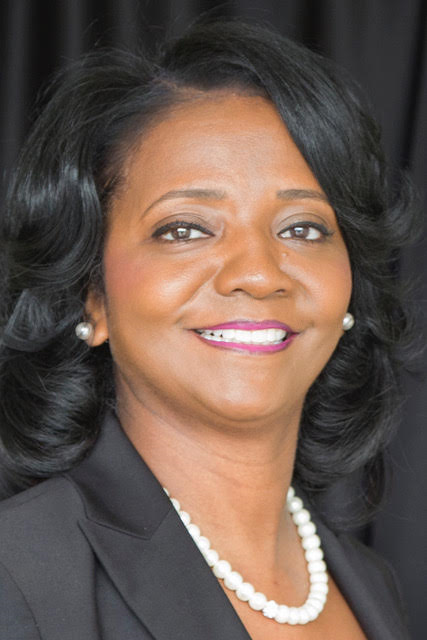 Vanessa Hall Harper is currently a Manager for The Tulsa Health Department and a Political Science Adjunct Professor at Tulsa Community College. Vanessa has been married for 25 years to Lt. Marcus Harper (Tulsa Police Department) and they have one 19 year old daughter, Kaylyn.

Vanessa is also a community activist who is passionate about uplifting her community.  She volunteers and serves on a plethora of boards and committees such as the:

She has also been involved in several community initiatives such as the creation of the African American Affairs Commission within the City of Tulsa infrastructure, the rebuilding B.C. Franklin Park, the creation of the Tulsa Expungement Expo, the District 1 Housing and Policy Committee, the Tulsa Black Contractor’s Association, Public Hearings on Tulsa’s Equality Indicators related to Policing and the need for an Independent Monitor Office to monitor the Tulsa Police Department.

In addition, Vanessa led a successful campaign for a moratorium on discount dollar stores and the implementation of a Healthy Neighborhoods Overlay to address the proliferation of dollar stores in District 1. She further addressed the food security problem in District 1 by bringing a quality grocery to District 1 which broke ground in July 2020. Vanessa is also a proud member of Alpha Kappa Alpha Sorority, Inc.

Vanessa also enjoys spending time with her family and friends, cooking, playing dominoes and spades, singing in her church choir at Paradise Baptist Church and watching her Dallas Cowboys!