Are You Asking About Guns in the Home?

If not, you should.

We’re nearing the end of spring break in Tulsa. Many of your children visited friends’ homes or were cared for by relatives this week. How often did you ask if the friend or relative owned a firearm, and if that gun was properly and safely stored?

A recent bill signed into law by Gov. Stitt allows Oklahomans to openly carry firearms without a permit or training. The law goes into effect on Nov. 1, so, in light of that, you might want to practice asking friends and relatives about their firearms. And, if you are a gun-owner, be sure to share the safety precautions you take to keep curious little people out of harm’s way in your home.

Currently, firearms will still be prohibited in some locations such as public buildings, schools, pro sporting events, casinos and bars. But a bill has been introduced that would relax the restrictions on firearms in Oklahoma schools. While the Oklahoma Legislature has shown little common sense when it comes to gun safety, I would hope that they would draw a line at allowing people to carry guns into our schools.

It seems to make sense that if a person purchases a firearm, that person would be required to have a license to own it and also take some minimal training in how to use it.

Assuming that most gun deaths involving children are unintentional, the U.S. leads the world in this category. According to the Global Burden of Disease Study, as demonstrated by the graph, the U.S. has much higher rates of accidental gun deaths than its peer countries. 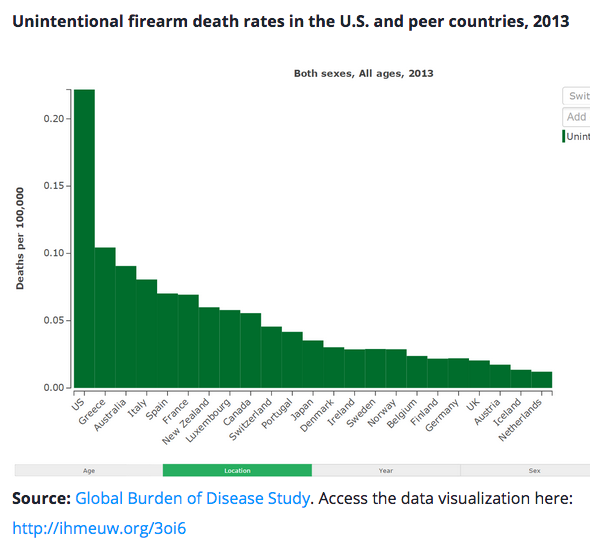 As we look ahead to some of our friends, neighbors and relatives caring guns without a permit or training, I want to share some tips for parents and others from Moms Demand Action for Gun Sense in America’s Be SMART for kids campaign. The organization says that “Every 36 hours, a child unintentionally fires a gun and kills or injures himself or someone else. And that doesn’t include the number of suicides – and even some homicides – that occur when kids have access to unsecured guns.”

The Be SMART campaign gives five simple steps for “parents and all responsible adults to prevent these tragedies”:

S Secure all guns in homes and vehicles.

A Ask about unsecured guns in other homes.

R Recognize the role of guns in suicide.

T Tell you peers to Be SMART

Do you ask about guns when your child goes to a friend’s house to play? Tell us your story about gun ownership and kids. 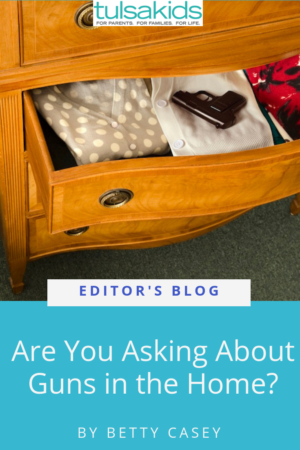