We Adopted a Cat from Tulsa Animal Welfare:

As quarantine began, my Facebook newsfeed was suddenly populated with pictures of people’s “pandemic puppies.” “No way,” I thought. Soon after, Joss began campaigning hard for a kitty. “We’re not ready,” I told him. “Father and I just aren’t quite ready for a cat.” 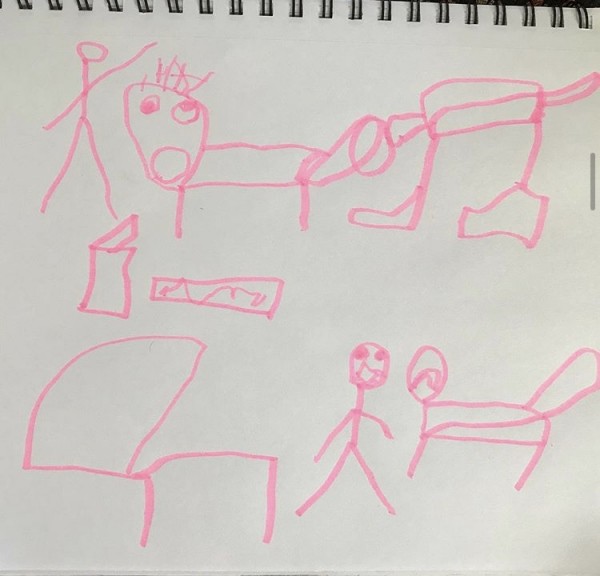 Joss had me make leashes out of yarn for his future kitties. A stuffed dinosaur and unicorn dubbed Cuddles and Cutie and stood in for a couple days. Then, he started stopping joggers, informing them that he needed a kitty, and could they please bring him one on their return trip? They were very understanding, but thankfully no one showed up with a cat.

One day, we made homemade kitty treats, which Joss set out in an attempt to lure a cat to our front porch. He also stood outside meowing for awhile. No cat came. But maybe you can tell – he was wearing me down. 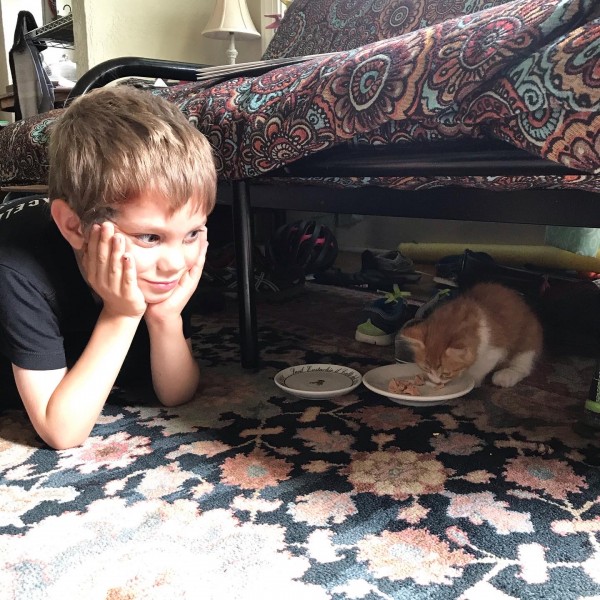 It didn’t help that my sister brought a sweet kitten to visit us one day! 🙂

My main holdup was the thought of cat hair, paying a pet deposit and having to run extra errands if we run out of food or litter. Plus, my previous cat had a propensity towards throwing up. Frequently.

Eventually, I started scoping out animal rescue pages. I found a pair of Russian Blue kittens (although the rescue later said they were mixes). Russian Blues are supposed to be low-shedding cats, so that sounded ideal. However, our application was rejected because the organization didn’t want to send such young cats to a household with a child under six. That was disappointing, but I’m glad they are so careful about making sure their animals go to good homes! 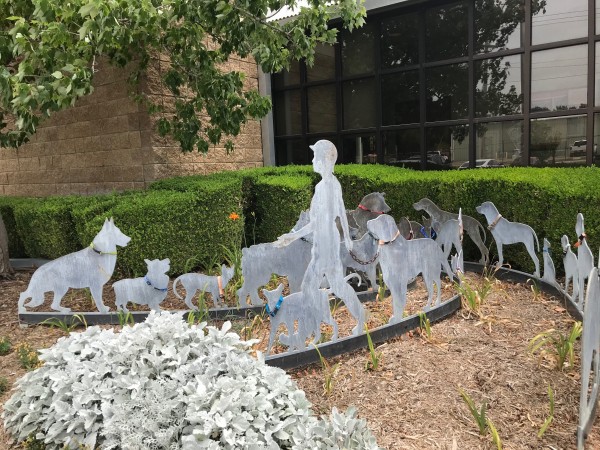 I turned to Tulsa Animal Welfare. Their website had the cutest, goofy-looking cat named Raven, and I really wanted to meet her. So Joss and I showed up to TAW on a Saturday morning, only to be told that it’s appointment-only due to COVID-19. We called the number on the door and were able to get an appointment for 45 minutes later. That was a long time to hang out in a parking lot, but we were committed by that point! 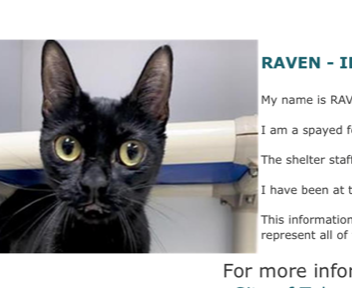 Look at that face!!

When 1:30 finally rolled around, Joss and I were invited into the building, signed in at the front desk (masks are required!), and were directed to the kitty holding area. There’s a room full of cages filled with cats, and you get to cuddle them as long as you want. You just have to use hand sanitizer in between cats so you don’t risk spreading germs from one cat to the next. 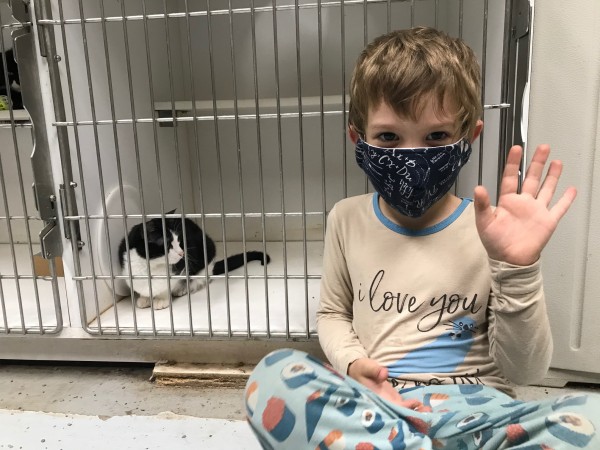 Joss fell in love with a cat he dubbed, appropriately, “Love.” Unfortunately, when we went back to the desk to tell them that we’d like to adopt Love, they told us she had a parasite that was causing some gastrointestinal issues. She wasn’t available for adoption until that got cleared up, and they’d been working on it for awhile. Poor baby! I hope she is better soon because she was a really sweet, curious cat. Several of the cats just wanted to sleep, but she was one who came to the front of the cage and looked ready to interact.

Since Love wasn’t an option, I asked the front desk about Raven. Despite her incredible cuteness, the 45-minute wait time gave me the opportunity to “stalk” TAW’s Facebook page. I found a comment on Raven’s picture where they’d told the original commenter that she’s very sweet but had “improper urination issues” at her former owner’s home. I assumed that probably ruled her out but went ahead and inquired. 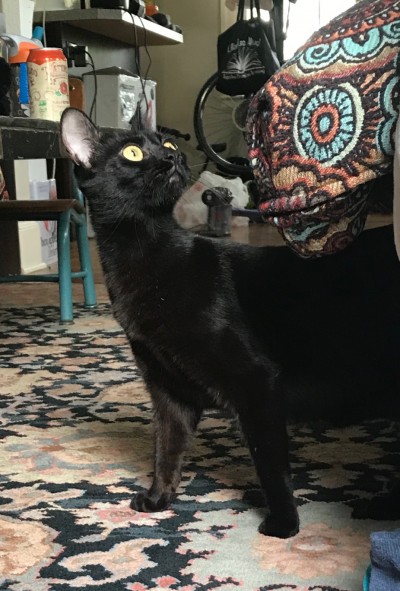 They said she’d been at a home with a dog that really stressed her out, and that caused the issues. But the vet had checked her over and she shouldn’t have problems in a lower-stress environment. I asked if they thought Joss would be stressful to her, and they said she should be fine. So we went and petted her, and she seemed really snuggly inside her cage. (When we took her out, she just hissed at the other cats. But we decided that since we only want one cat anyway, her not liking other cats is not a problem!)

For many adoptions, you have to wait a week after choosing your cat. This gives the vet a chance to spay or neuter and to do vaccinations. But since Raven was already spayed, they said we could take her home that day! Sadly, the vet decided to keep her a couple extra days to check a couple minor issues, so we ended up picking her up two days later.

So now we had a cat! I took her to the basement to introduce her to the litter box, and she instantly figured out she could hide under the platform floor covering half of our basement. This is basically where she lived for the next few days. She was definitely nervous, but when she did let us reach under to pet her, she seemed to enjoy the petting. After the first day, she was purring a lot but still reluctant to come out. 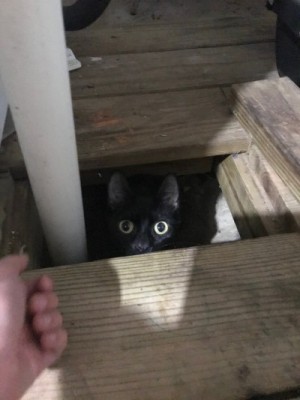 The biggest problem was that she didn’t use the litter box for the first couple of days – yikes! So I did some troubleshooting, Googling and asking friends, and ended up buying a second litter box and putting the first one in the upstairs bathroom. I guess she just didn’t like going in the basement, even though she was spending all her time there.

That may be TMI, but I’m glad we were able to figure out a situation that worked for her, even if it wasn’t my first choice. If you’re in a similar situation, here’s an article on Litter Box Problems if you need to do some trial and error of your own. 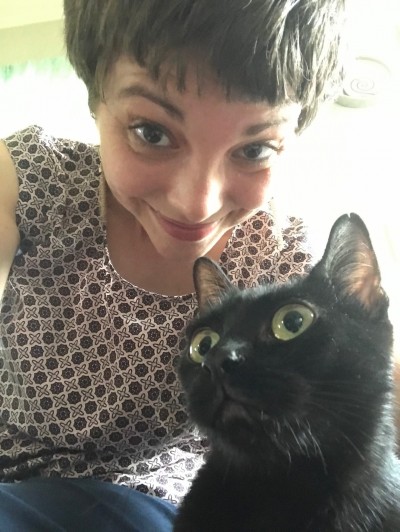 Since she still hasn’t used the basement litter box, I closed the basement door so she couldn’t keep hiding down there. Now, she has cleaner, safer spaces to hide, like in our closet or under the beds. Daniel and I are losing sleep because she loves exploring at night, and especially in our bedroom. But she is such a sweetheart! 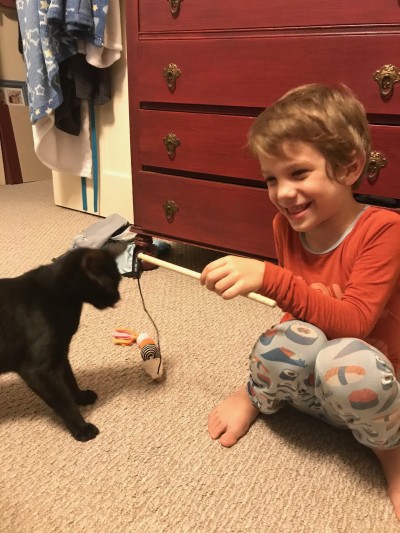 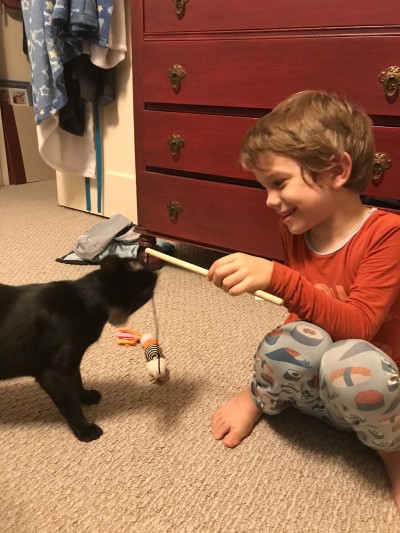 A boy and his cat 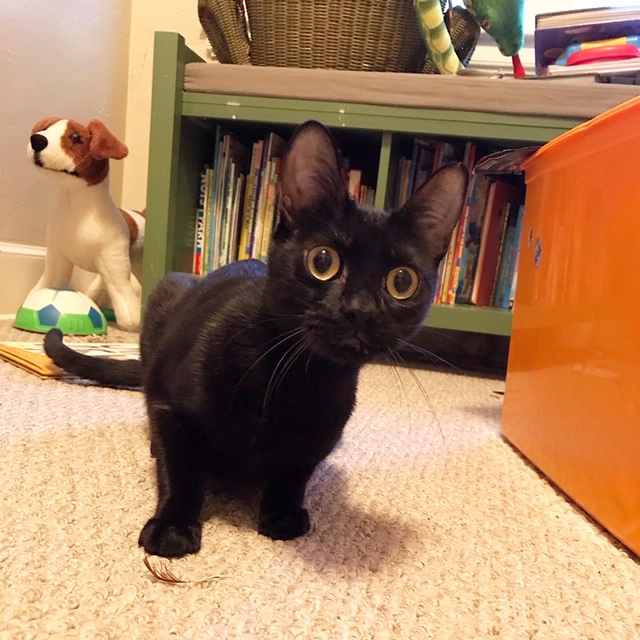 One more because she’s just too cute!

Have you adopted a cat from Tulsa Animal Welfare or a rescue organization? Feel free to share any kitty care tips in the comments! 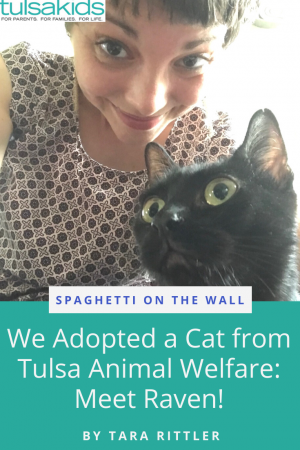