Play Ball! Those are awesome words to start off a baseball game. In today’s blog we will talk about taking three young boys to a Tulsa Drillers game. Also, I have some camping tips. And I implore you to donate blood this weekend; you could win $1,000!!

The Boys of Summer

My son Atticus and I have been to many Drillers games, from the old stadium at 15th & Yale to the beautiful new fancy-dancy, razzle-dazzle ONEOK Field. In fact, once when he was just a toddler, he helped me throw out the ceremonial opening pitch. It was so much fun to see his little eyes light up when the crowd cheered for us!! However, his friends Joelle and Evan have never seen the Drillers game, so I was elated at the chance to take them. My son and his friends are now 11 years old. What a first game they had! Check out these amazing pictures of their experiences!! 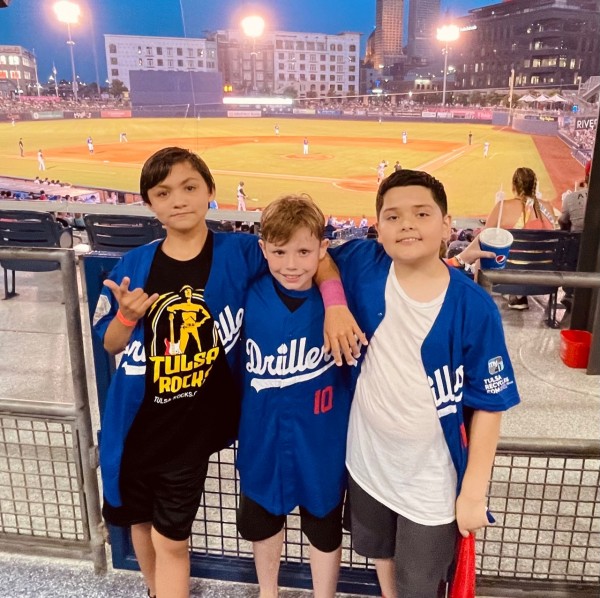 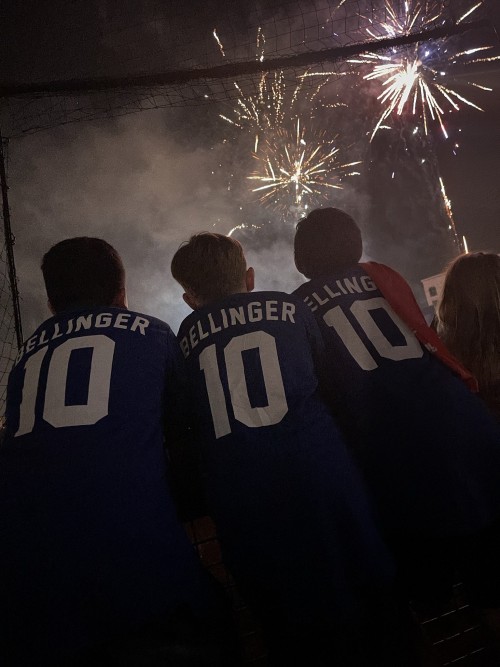 Justin Gorski, VP of Marketing for the Drillers asked if the boys would like to be the “Play Ball Kids.” It’s a new feature whereby some lucky kids get to go on the field and when directed to they yell into a microphone and say, “PLAY BALL!” The crowd went nuts, Hornsby was acting his usual wild self, and the boys were on top of the baseball world.

And Dad was pretty proud, too.  They did great at the game. They minded my words and acted with respect when we came across a group of uniformed Marines. The boys seemed to be in awe of them (as we all should), and I could tell were too shy to confront them. I encouraged them to say hello and ask who they are and what they were doing. The Marines eagerly talked to them and told them they were swearing in new recruits on the field before the game. I let the boys immerse themselves in the moment then asked the Marines if they would take a picture with the boys. They all loved it. 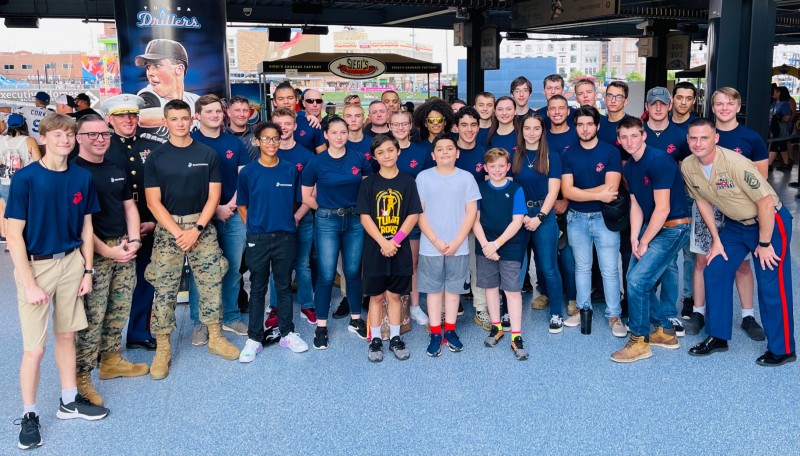 We then headed to “Hornsby’s Hangout” so they could get their wiggles out in some bouncey houses before heading to our seats. We honestly didn’t watch much of the game from our seats. Too much to see and do! They also got soaking wet on the water slide, and my son spun a prize wheel a won a fidget spinner. Because the 20 or so we have at home isn’t enough. We watched the pyro team assemble the fireworks show, ran into some former co-workers from iHeartRadio, took selfies of fans of mine from when I was on the radio and stated planning for the next game! 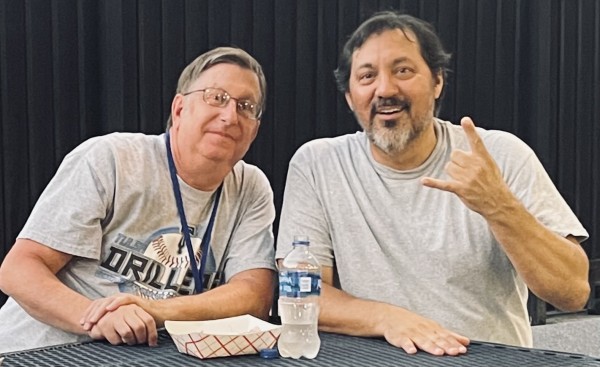 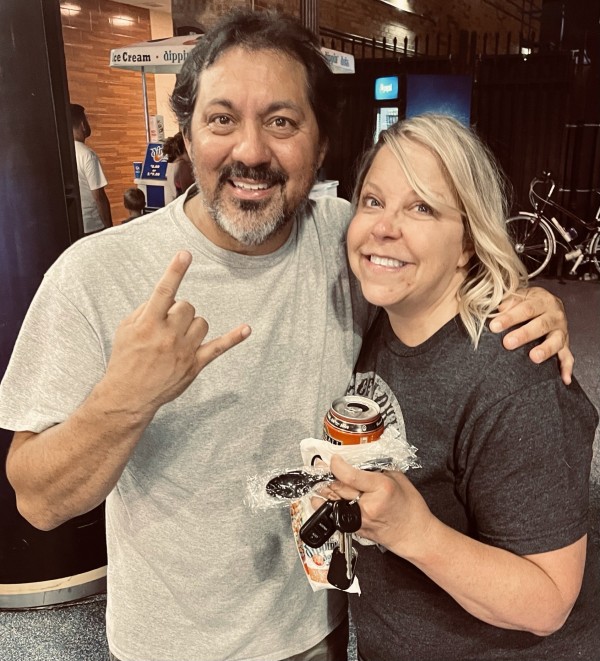 We got chocolate-covered funnel cakes, hot dogs, Dippin Dots, Cokes, beers (for dad of course!) and just wondered around and took in all that is a Drillers game at ONEOK Field, which a lot!

Wednesday night I took my kids camping for the first time! We went to Yogi Bear’s Jellystone Park in Mannford, Oklahoma. What a blast!! They have a very clear campsite with uber-clean bathrooms & showers! All campsites I saw have nice views of the water and this insane inflatable floating parkour/obstacle course called: “The Wibit.” OMG, this is too much fun! Here is video I took, plus a web link that has an awesome drone video. It’s a great workout, but you’re having some much fun you don’t realize it till later when you’re sitting by the campfire, and you can feel muscles you forgot you had.

They have a super cool pool/splashpad area, but we didn’t have time to check it out but definitely will next time!

I’ve not been camping in many years so I thought I’d give some tips in case you’re going this summer:

I will be at Woodland Hills Mall tomorrow (Saturday) at noon donating blood with Oklahoma Blood Institute. There is a dire need for blood in Oklahoma! Donate and you could win $1,000! Donate school supplies also and double your chances to win! 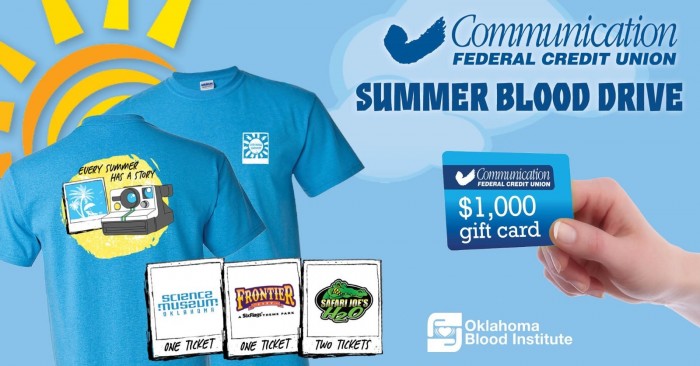 I don’t think I need to sell you on how important donating blood is to fellow Oklahomans, but if you have any questions like: What if I just got a tattoo? What if I’m breastfeeding? What if I just had surgery? Those and more can be answered at the new donor hotline: 888-308-3924 . 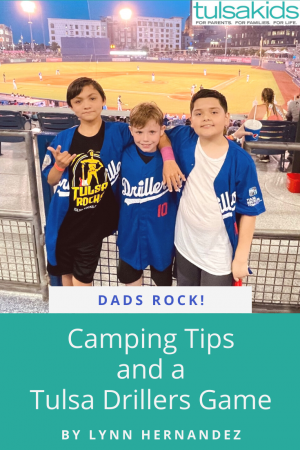