Last week was not the greatest. So in this blog post, I’m just going to share five positive moments from the last couple of weeks, as well as some things that we are looking forward to in the coming weeks.

1. Stocking Up on Plaid at Just Between Friends-Tulsa 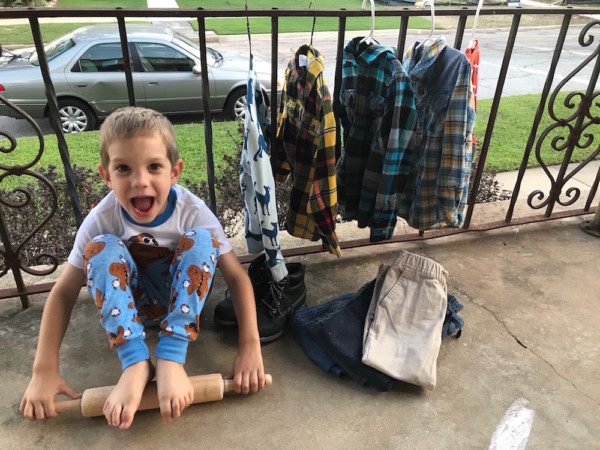 Last year, I got Joss some fantastic plaid shirts at JBF-Tulsa. He still fits into most of them, but I still couldn’t resist buying a few more plaid pieces! TulsaKids Editor Betty Casey said they’d make him look like a young Kurt Cobain. My goal was cozy fall vibes, but I’ll take it!

He also got those black ankle boots and a black pleather jacket, both of which he’s been wearing to school ever since. Yes, in this heat. 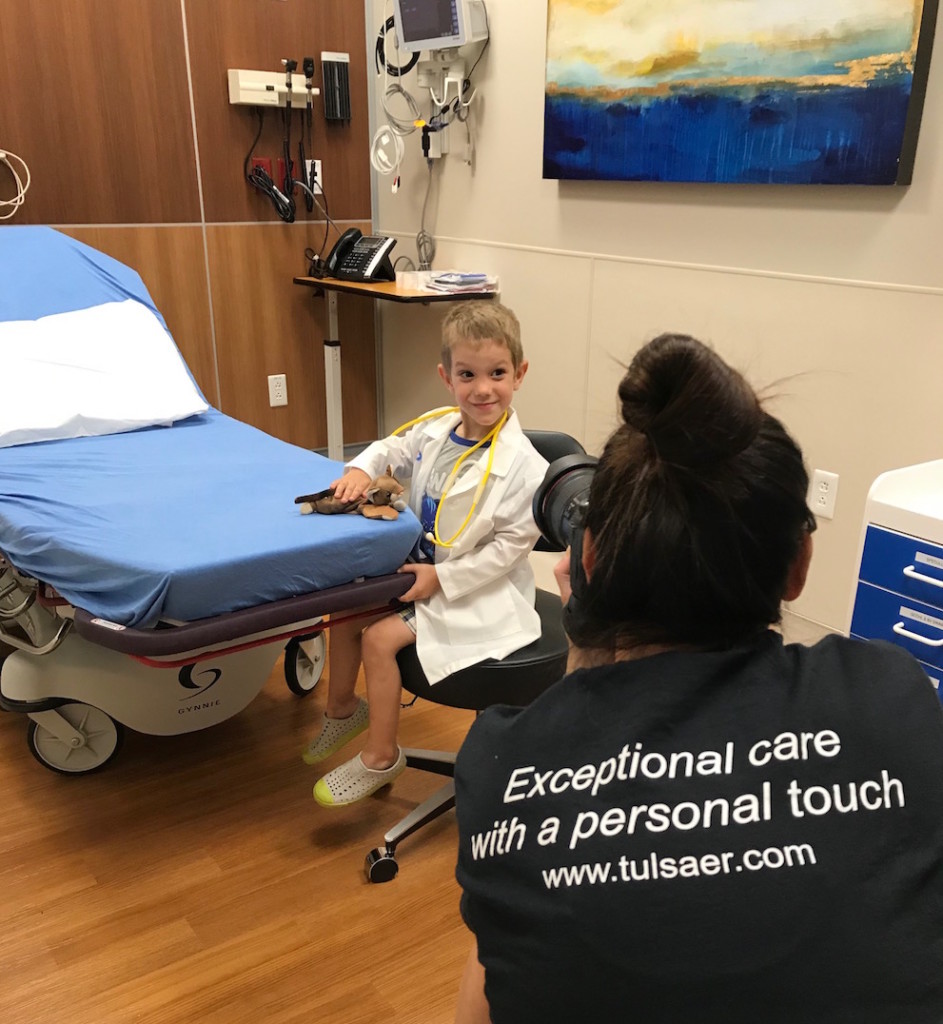 OK, the main memory Joss took away from this event was the ORU Eagle mascot pretending to eat his stuffed kitten. (Don’t worry, he thought it was hilarious.) But you never know, maybe getting to dress up like a doctor, give his kitty a checkup, decorate his own medical cap, learn how to check his heart rate, etc., inspired him to think more about medicine!

We are grateful that Tulsa ER & Hospital invited us out to their Scrubs Club event, which was a free event but required registration–which sold out in 48 hours! They may do another event like this in the future, so follow them on social media if you don’t want to miss out! 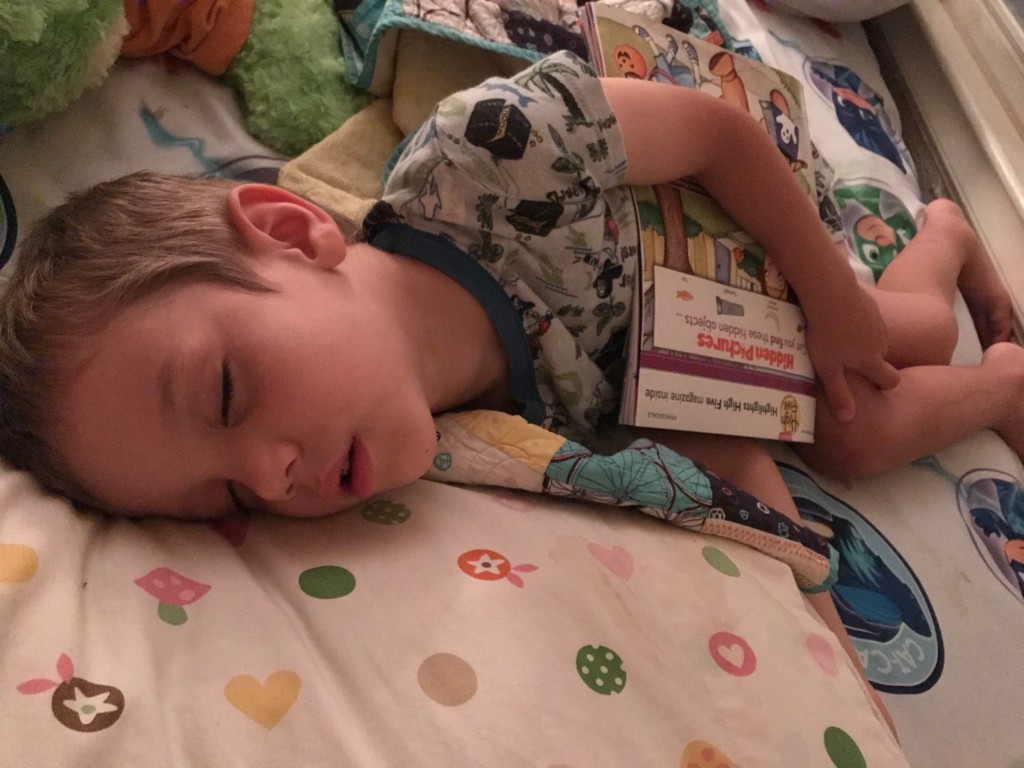 A few months ago, my mom and stepdad bought Joss a subscription to Highlights High Five magazine, which has provided a few trips down memory lane! He especially loves the Hidden Pictures puzzles. Does anyone else remember Highlights from childhood?

4. Getting Help from Chef Joss 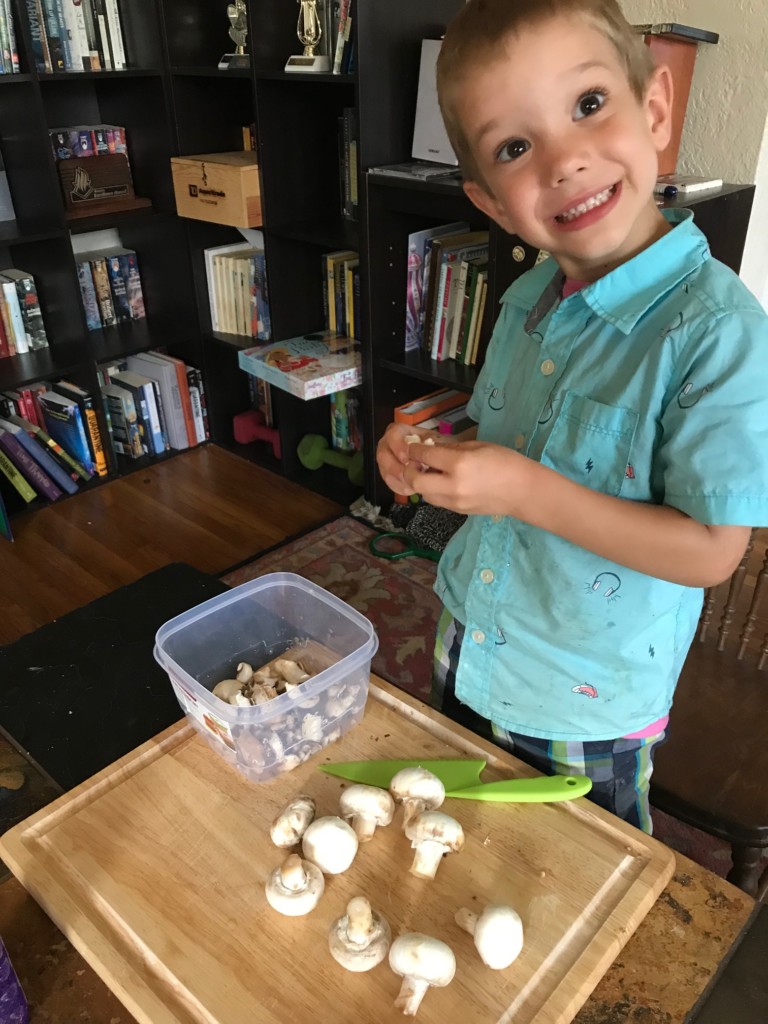 Apparently, September 13 was National Kids Take Over the Kitchen Day. There are few things I love more than cooking or baking with Joss–although the one time I let him completely “take over the kitchen” (we did this outside to minimize the mess), he created an inedible “Mudge Cake,” consisting of taco shells, strawberry milk and spinach in addition to your more typical ingredients.

But a few days ago, I asked him to help me slice mushrooms, and when I returned to check on them, he’d figured out that it was much easier to just break them apart with his fingers. I complimented him on his ingenuity, and he responded, “See? I’m the chef! I can help people!” which was just the cuuuutest! 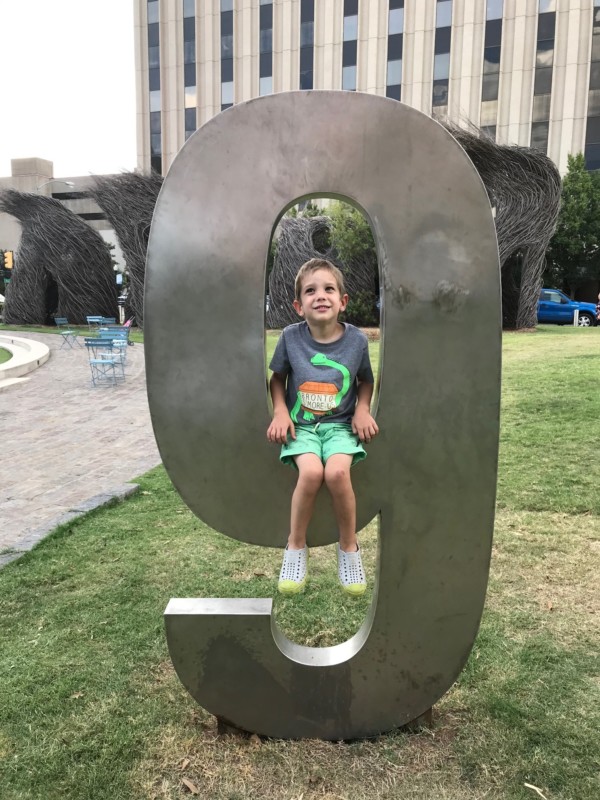 If you haven’t been to Chapman Green yet, this “9” is part of a “9-__-8” photo opportunity. You’re supposed to stand tall in the “1” spot, completing the series. Joss just likes hanging out in the 9.

We were at Chapman Green on Thursday, September 12, for the grand opening celebration of Candy Castle, a soda fountain and candy shop located across the street somewhere behind the Stickworks sculpture. (Thanks to Jen Kerckhoff of our Tulsa Times Two blog for letting us know about this event, which involved free ice cream and 99-cent Italian sodas. Definitely a win!) 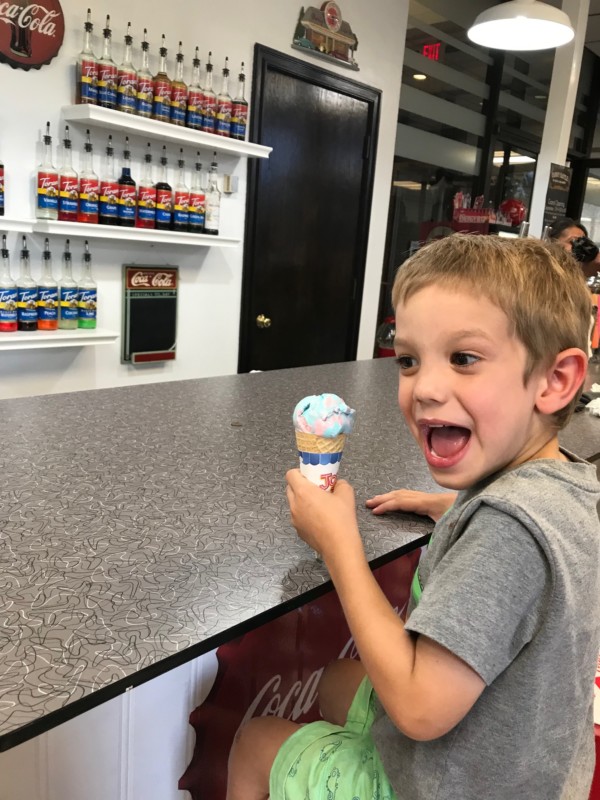 This was going to be Item #1 on my Fall Bucket List below–but we found ourselves with a free Sunday afternoon so went ahead and marked it off the list!

I love the Halloween season. First stop was Target, of course, which is a great place to go for cutesy items that don’t cost too much. I tried not to go too crazy, but did purchase some cheap plates that will be nice for displaying treats and an upcoming Halloween party. 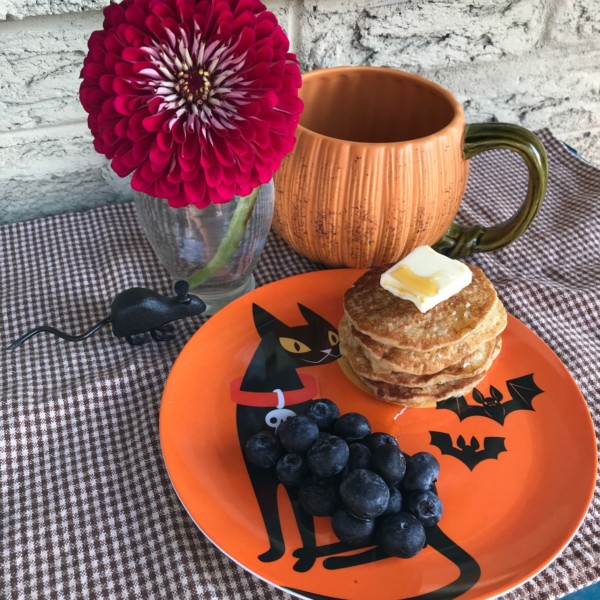 Next, we checked out Spirit Halloween, located next to our favorite Target at 21st and Yale (in the old Sears location, I believe). Spirit Halloween had an excellent creepy pirate scene set up near the entrance, which did scare Joss a bit, but he was okay as long as we gave it a wide berth. This probably isn’t the cheapest option for costumes, but they do have a big selection. 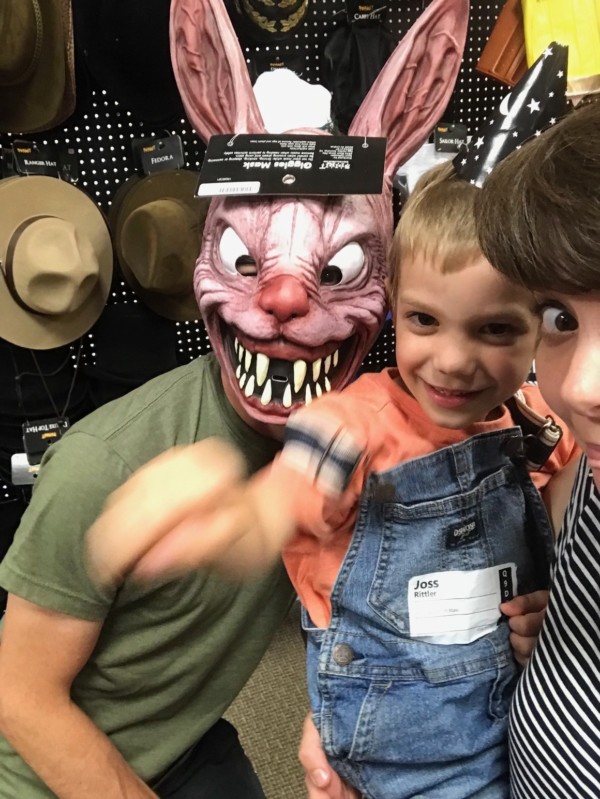 Terrifying bunny mask did NOT come home with us!

After that, we swung by Michael’s, where we bought some small wooden coffins at 40-or-60% off $3. I’m planning to use these at the aforementioned Halloween party as a fun craft option. So excited! That’s all probably more than you need to know, but I’m having fun planning for October!

So that’s what we’ve been up to. I’m definitely feeling in the mood for fall, as I’m sure many of you are, so here’s my mini-Fall Bucket List:

1. Joss’s first visit to the dentist.

Joss has several school holidays coming up in October, so I finally scheduled his first dentist appointment. My great-grandpa, grandpa and uncle are all dentists, so I grew up loving dentist visits. Sadly, that clinic is in Wichita, and since we are usually only there for weekend visits, I’ve put off either scheduling him an appointment there or committing to a clinic in Tulsa. We’re going to try out On the Cusp’s new Midtown location, and since they’re a pediatric dentist AND at a new location–I have high hopes for a fantastic waiting room complete with epic fish tanks, etc. We will see 🙂

Last year, Joss was still too short for most of the Tulsa State Fair rides. I’m hoping that this year, he can do a few of the tamer ones. (And that putting my foot down against the Ferris Wheel won’t cause too many tears.)

I’m not quite ready for fall baking, but I went ahead and stocked up on canned pumpkin! Because you never know when the desire for pumpkin-flavored baked goods will strike. If you have a favorite pumpkin recipe, let me know!

4. Watching the Great British Bake Off.

This season, Netflix is releasing episodes of Bake-Off every Friday, instead of making U.S. viewers wait till a couple weeks after the season ends. I haven’t decided if I like this better because I miss the weekend Bake-Off binge, and in some ways, it seems harder to wait one week for the new episode than wait a little longer but have it all drop at once. In either case, my Friday night plans for the next several weeks involve eating dinner while watching Bake Off. Pure comfort!

What are you looking forward to this season? And if you’ve been watching this season of Bake Off, who are your favorite bakers? 🙂 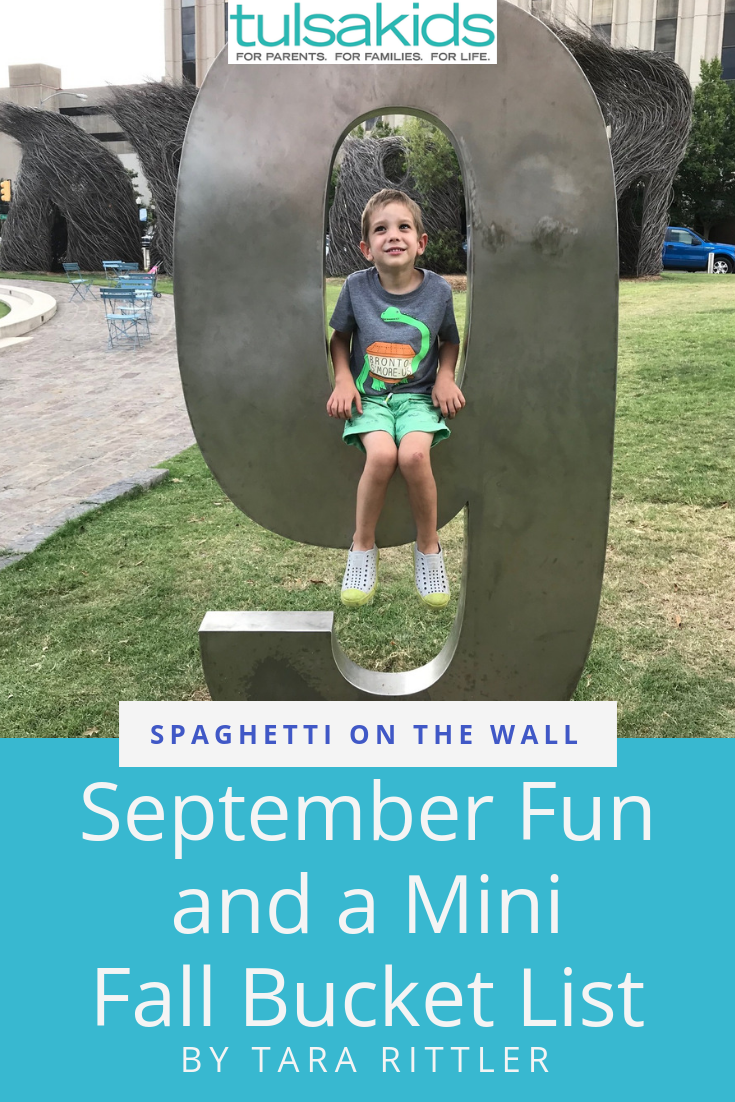