The nonprofit Circle Cinema announces the return of the “White Christmas” Sing-A-Longs with nine special screenings on December weekends. A holiday treat for the whole family, the Sing-A-Longs feature lyrics on screen to encourage audience participation for Irving Berlin’s classic 1954 musical “White Christmas” starring Bing Crosby, Danny Kaye, Vera-Ellen, and Rosemary Clooney. All tickets include Sing-A-Long props, “White Christmas” themed photo-ops, preshow trivia with prizes, and Christmas songs played on Circle’s restored 1928 theater organ. Christmas carolers will perform in the lobby at select shows. Tickets are on sale now at CircleCinema.org or in-person at the box office, and are $15 for Circle Cinema Members, $20 for non-Members, and $10 for kids 12 and under.

All screenings are hosted by Jody Jill McIntyre, lifelong “White Christmas” fan and Circle Cinema’s Membership Manager. Jody will open each screening with trivia about the film and give away prizes. She will also show attendees when to use the Sing-a-Long props like a blue feather to wave during “Sisters” or a bell to ring every time Danny Kaye tried to guilt Bing Crosby into his plans. After the film, Bill Rowland of the American Theater Organ Society Sooner State Chapter will play Christmas songs on Circle’s restored 1928 theater pipe organ. 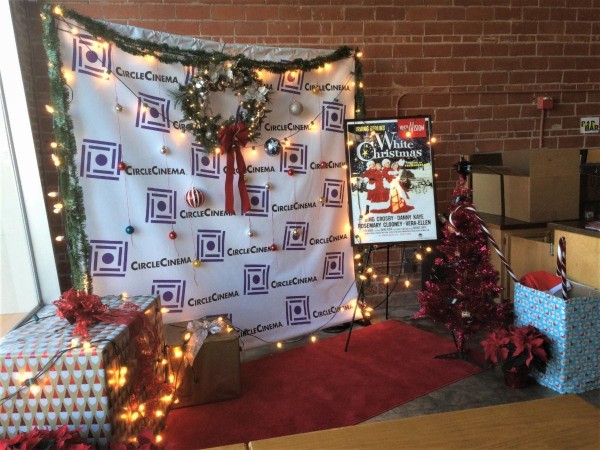 Tickets for Circle Cinema’s beloved holiday tradition will sell out, and it is strongly recommended to purchase in advance. For tickets and more information about the “White Christmas” Sing-a-Longs, visit CircleCinema.org, call (918)585-3456, or come to the box office at 10 S. Lewis Ave, Tulsa OK 74104. Additional daily “White Christmas” screenings without Sing-A-Long extras begin Friday December 9 at regular admission price, with showtimes available soon.

Originally released in 1954, Irving Berlin’s musical favorite follows the talented song-and-dance team of Bing Crosby and Danny Kaye as they join forces with Rosemary Clooney and Vera-Ellen’s sister act for a musical Christmas in Vermont. The film features timeless songs like “White Christmas,” “Snow,” “Sisters,” and “Count Your Blessings Instead of Sheep,” which was nominated for a Best Original Song Oscar.

Whether you contribute a toy to a child in need, serve a meal, or volunteer to help a non-profit, there is no time like the holidays to help others in need.