Tulsa Zoo is inviting the public to help name the newest addition to their African penguin colony. The public can vote on three names, which were pre-determined by Tulsa Zoo staff, by visiting tulsazoo.org/name. 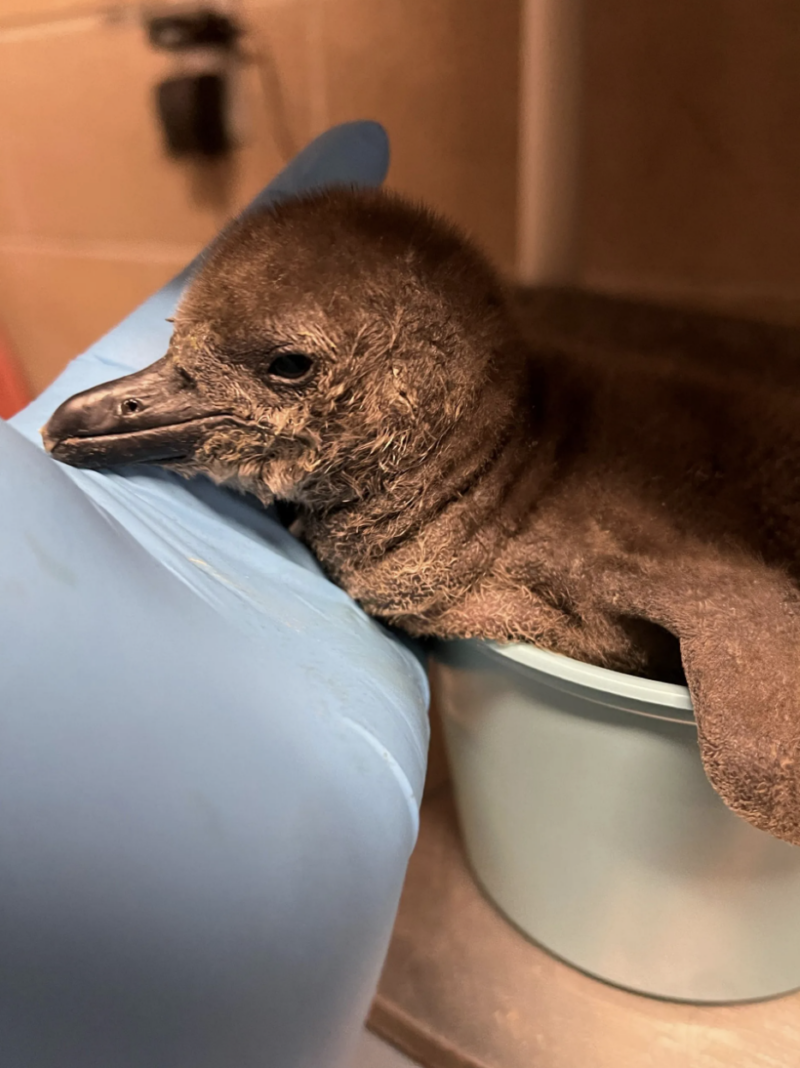 “This is a timely celebration because this month marks the 20-year anniversary of our penguin exhibit,” said Tulsa Zookeeper and AZA African Penguin Studbook Keeper Seana Flossic. “It’s especially meaningful to involve the public in choosing a name for this chick since the entire $1.34 million that funded our current penguin exhibit was raised through community donations.”

The penguin chick was hatched to parents Dassen and Ireland on Oct. 3, through Tulsa Zoo’s participation in the AZA African Penguin Species Survival Plan®.

When choosing name options, the zookeepers found inspiration in the penguin chick’s animal identification number: 4242. Name options are gender neutral and include the following:

Penguins are not sexually dimorphic, which means people cannot accurately tell the difference between males and females just by looking at them. The zoo uses DNA testing to determine sex. DNA results from an outside lab will soon determine the sex of the chick. The winning name and sex will be revealed in early 2023.