The Tulsa Zoo catalogued more than 10,000 votes from the public to determine the winning name for their penguin chick: River. The zoo also determined the sex of the penguin through an outside DNA test, which shows River is female. 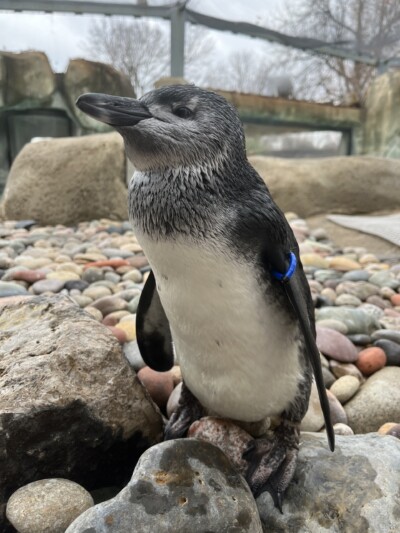 “River has grown so much over the past three months,” said Zoological Supervisor – Birds Taylor Harris. “She is now a full-grown juvenile with her waterproof feathers. We’re currently working to introduce her to the rest of our penguin colony and can’t wait to see what the future holds!”

River was hatched to parents Dassen and Ireland on Oct. 3, through Tulsa Zoo’s participation in the AZA African Penguin Species Survival Plan®.