I don’t know if you’ve noticed, but Tulsa’s local breweries are killing it with hosting creative events! Last month, a friend of mine celebrated her anniversary by making terrariums at Cabin Boys Brewery. Coming up in April, you can learn about dog socialization at Pearl Beach Brew Pub. And The Project Bar is a whole business built on bridging crafts and craft beer! One of my goals for this year was to make sure we celebrated our 8th anniversary. So I was thrilled to come across a Tulsa Bar DnD event at Welltown Brewing the weekend after our anniversary! 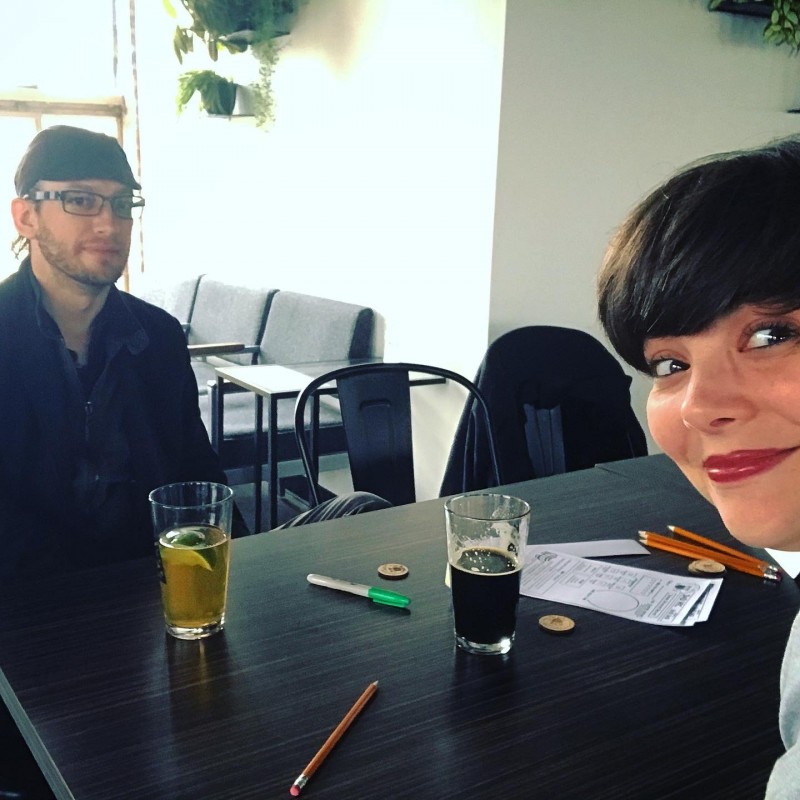 The fact that we still had fun despite being very congested speaks volumes!

I’d played Dungeons and Dragons once or twice in high school (I had a wonderfully nerdy group of friends!) and a similar-type game for a time in college. That was awhile ago, but I have good memories. Plus, I’ve been sadly remiss in visiting our local breweries, so this was the perfect chance to do two things I’d been wanting to do anyway!

I first heard about Tulsa DnD MC through, no surprise, social media. Founder Wesley Rose is the husband of Sarah Bowen of Tiny Things by Bowen, my absolute favorite local artist (read about her polymer clay workshops here), so I learned about this new venture through her account.

How does it work? Well, if you’ve ever played DnD before, you know it’s a pretty complex game! The Tulsa Libraries have Dungeons and Dragons events. Some of them are along the lines of “DnD Character Creation: Clerics.” So you could host an entire event just on how to build one type of character!

Essentially, you have a group of players, all of whom create a character to role play. You could be a barbarian human, a dwarf cleric, a half-elf wizard, etc. These characters will be built with different strengths and weaknesses. For example, you may be quite strong but have zero charisma. This means that if you want to do something like wrestle a monster, you might come out of it okay (success or failure is determined by the 20-sided dice). But if you wanted to charm someone into letting you by without a fight, it would be more difficult. 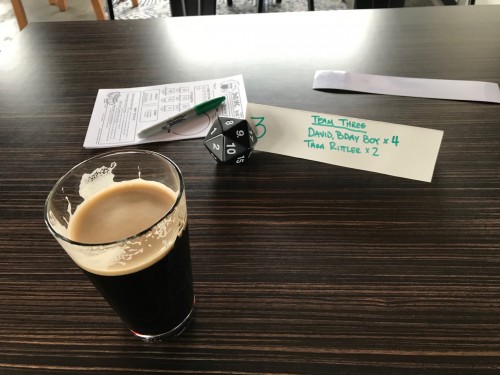 One person, the Dungeon Master, has created a base narrative ahead of time. However, as the players make decisions based on their character’s personality, the narrative can go in a variety of directions.

The idea behind Bar DnD is to condense the game into a simplified format that will take no longer than 2-2.5 hours to complete. Also, anyone should be able to pick it up easily, even if they’ve never heard of DnD before. You don’t have to create your own characters. Instead, you choose from a selection of pre-made character cards. For example, I chose “_________ the Fierce Dwarf.” The blank is there because you do still get to choose your own name! As you play, there are plenty of ways to put your own spin on your character. 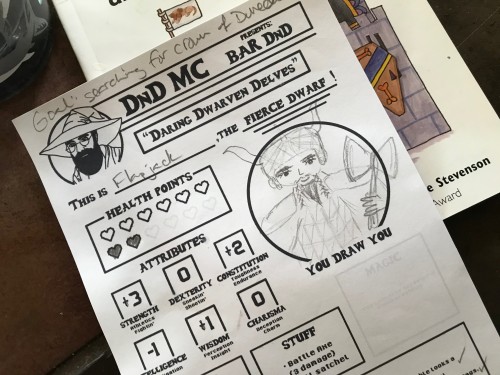 Our team name was the Short Stacks, since we were all dwarves. Hence “Flapjack the Fierce Dwarf”!

Another unique aspect of Bar DnD is that you play in teams. Each team of up-to-six players sits at its own table, getting to choose its own name, etc. The competition is fierce! At the end of each round (our game had three rounds), the DM added up the points. At the end of the game, he totaled the points from all 3 rounds to determine the winner. There is also an MVP award.

Our tickets for Bar DnD were just $18 apiece, and this included a beer token. Considering all the work that goes in to creating the game, that seemed like a very reasonable price! 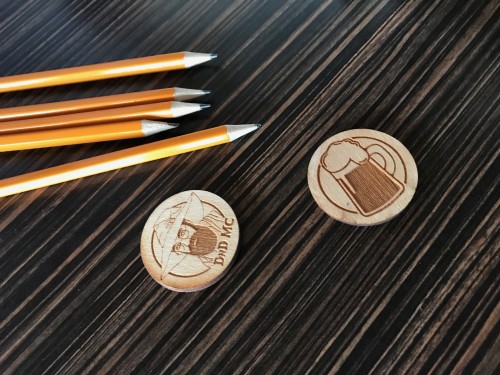 I think currently there are about two Bar DnD events per month. There’s usually one at Cabin Boys Brewery and one at Welltown. This month, there’s even a “Newbies Night” at NEFF Brewing on March 27. From what I understand, the “quests” change monthly, so you can have a completely new experience each month. 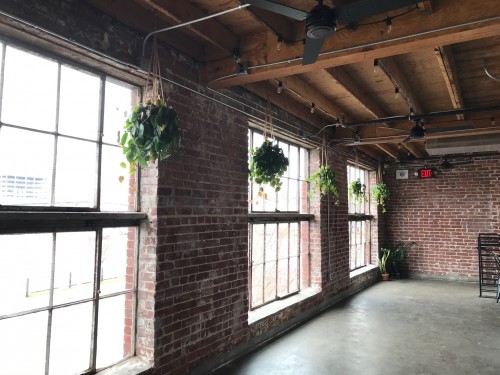 Have you gone to a crafty, creative event at a Tulsa brewery? Which one? Or do you just have a favorite brewery that I should try next? Sadly, Daniel and I were both sick when we did the DnD, so we couldn’t actually taste our beer. I’m sure it was delicious! And the atmosphere at Welltown was great–lots of living plants and comfy places to sit! 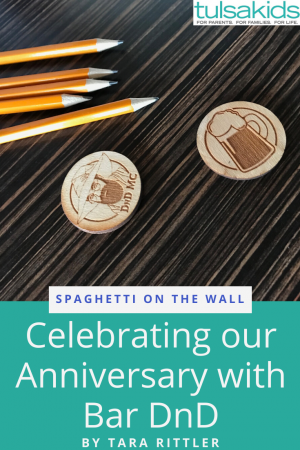