The Dangers and Treatments of Food Allergies

Cats, peanuts and dust. What do these things have in common? If you’re a parent of a child with allergies, you already know. More than 50 million Americans, including millions of children, suffer from some type of allergy. But for kids, the prevalence of food allergies is a growing concern.

Grant Neurohr is a happy kindergartner at Jenks who loves nothing more than playing with all his friends. And while this is only his first year at the school, when it comes to lunch this 6-year-old knows exactly where to go, the nut free table in the cafeteria.

“Schools now are more sensitive about food allergies,” explains Libby Neurohr, Grant’s mom. “His school has a nut-free cafeteria table and all of his teachers remind parents that if they bring something for everyone, it should be nut free.”

Schools all over the United States have started establishing allergy policies for their students, and they have good reason. According to the Centers for Disease Control and Prevention (CDC), food allergy causes more than 300,000 ambulatory care visits each year involving children under 18. The CDC also found a 20 percent increase in food allergies from 1997 to 2007, 8 percent of those affecting children under the age of 4. That means your children are more likely than you were to have classmates with allergies—or to have one themselves.

Grant actually has two different allergies. He is allergic to all nuts and also egg whites. As a baby he had even more allergic reactions to food, but grew out of most of them by the age of one. Food allergies occur when the immune system mistakenly attacks a food protein. If Grant ingests nuts, for example, the food triggers a sudden release of chemicals, including histamine, resulting in symptoms of an allergic reaction. The symptoms may be mild such as rashes and hives or, as in Grant’s case, be severe with trouble breathing, wheezing and loss of consciousness. Food allergies can even be fatal if the person doesn’t get help right away.

“We were scared when we first found out,” Libby said. “As a working mom, there was always the constant worry of, what if he had a reaction and we weren’t there?”

That’s why Grant carries an Epipen Junior with him everywhere he goes in case of emergency. His parents make it a point to talk with him about his allergy as much as possible.

“From the moment we knew he was allergic, we basically trained him to ask ‘are there nuts in this? I’m allergic to nuts,’ every time someone hands him something to eat,” Libby said.

It’s a lot for a young child to keep up with, but doctors say that new treatments are providing hope that kids like Grant will someday be able to eat a peanut butter and jelly sandwich worry free.

“It’s called oral immunotherapy or desensitization,” explained Dr. James Love, a pediatrician and allergists at the Allergy Clinic of Tulsa. “We’re slowly depleting the body of histamines over a period of time.”

Oral immunotherapy is a fairly new treatment for people with allergies. The Allergy Clinic of Tulsa is currently treating approximately half-a-dozen children. The process works by feeding allergic children minute amounts of the food they have reactions to, then carefully increasing the amounts over time in order to desensitize the child to that food. In the end, it’s actually the very thing that makes them sick that also makes them well.

“It’s been effective in everyone we’ve treated,” Dr. Love said. “But it’s still not a cure. Once they’re desensitized, they have to continue eating that food forever or there is the chance they could have allergic reactions again.”

Oral immunotherapy is a long process that takes months to complete and a lifetime to maintain. Doctors administer the treatment in three stages spread out over time.

The next step is simply upping the amount and continuing the same process. By the third stage of the treatment, the child can successfully eat 24 peanuts in one sitting. Dr. Love says it can take anywhere from four to six months to reach this point, and the child must continue eating peanuts to make sure she doesn’t have a reaction in the future. The approach may seem simple but, in fact, it’s exceedingly complex and certainly not something to be attempted independently.

Oral immunotherapy has been very successful in children, but Dr. Love warns that it’s not for everyone. “There are certain criteria we look at, but the most important is the family’s commitment,” Dr. Love explained. “They have to put in the time and effort for this to work.”

Children must also be more than 5 years old because a lot of kids will outgrow allergies as toddlers. Lastly, Dr. Love says that oral immunotherapy may not work for kids with life-threatening reactions. The national statistic is a success rate of approximately 75 percent.

Grant’s family says they would consider the treatment, but they worry about the time commitment it takes from both the child and the parent(s).

“I think it would be worth trying, but really hard for working parents,” Libby said. “It would be a lot of time off work for appointments and a lot of time out of school for Grant. We know there are some children who can have a reaction from just being in the same room with peanuts. We’re just fortunate that Grant’s only reaction is from ingesting them.”

Many people think that they have a food allergy but actually suffer from a food intolerance. Unlike an allergic reaction, an intolerance doesn’t involve the immune system and can have several causes. For example, people with lactose intolerance have a deficiency of the digestive enzyme needed to properly break down dairy products. Here’s how to tell the difference:

Signs your child may have a food intolerance

Signs your child may have a food allergy

Every third Monday of the month, let your little scientists explore their senses! New activities have been designed to introduce children to chemistry, physics, and natural sciences, all while practicing fine and gross motor skills with a caregiver! This event is included with regular admission and there is no pre-registration required. Discovery Lab, 560 N. Maybelle Ave., 10:30am – 11am, discoverylab.org 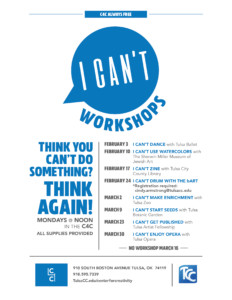 Think you can’t do something? Think again! Step outside your comfort zone and try something new at the I Can’t workshops. 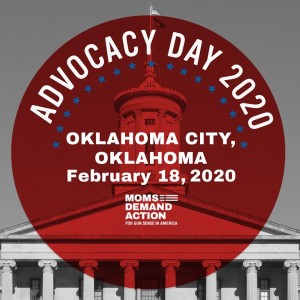 Please join us for Oklahoma Moms Demand Action’s Annual Advocacy Day in OKC. We’ll meet at 1st Unitarian Church of OKC at 600 NW 13th St, OKC, OK 73103 for registration, planning & training. Then we’ll head to the Capitol to meet with lawmakers for friendly discussions about proposed gun legislation. Light breakfast will be provided. Please bring yourself a sack lunch and/or snacks.

This open gym time for preschoolers is a great way to socialize with other kids. Bring a riding toy. NO FOOD or DRINKS in the gym please. Tuesdays & Thursdays 9:30-11 a.m. Cost is 50 cents/child per visit. No Bikes and Balls during school holidays.

Now in its 35th year, Riverfield is proud to provide quality, innovative education to students 8 weeks through 12th grade. Riverfield is dedicated to academic excellence and college preparation while remaining true to its family-oriented atmosphere and whole-student approach to education and learning. Small class sizes, along with the collaborative nature of our classrooms, provide the opportunity for students to cultivate leadership, interpersonal skills, and the confidence needed for success today and tomorrow. The 120-acre campus encompasses a barnyard, hiking trails, gardens, freshwater system, outdoor classrooms, bee apiaries, and athletic fields.
In addition to the Open House dates listed below, Admissions Director Kacey Davenport is happy to schedule private tours. To learn more about Riverfield, visit www.riverfield.org.

Learn and enjoy songs, stories and activities that are just right for your little one at this lapsit storytime. For newborns to 2-year-olds and their caregivers.

Ready, set, READ! This beginning storytime focuses on helping your baby or toddler develop important literacy skills while emphasizing the fun of reading. For ages birth-2.

Find the Perfect Way to Celebrate your Unique Valentine