What I hope to accomplish in the coming year! 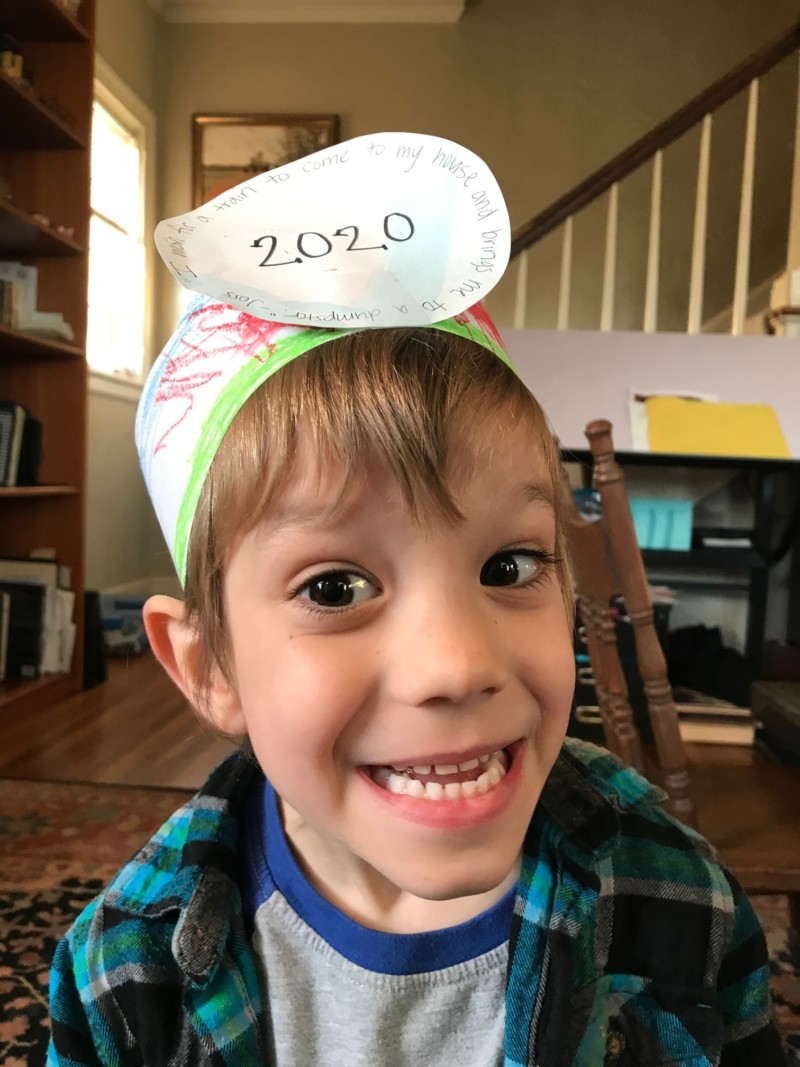 I’m not making resolutions this year. But I do want to set a few goals for 2020 because, while I don’t necessarily need any added pressure in life, it can be exciting to dream about potential accomplishments!

Last year, I chose themes for 2019: excellence, empathy, creativity and “using my voice.” I’m not sure this was any more successful than setting resolutions, as I just had to look up that blog post to remember what my themes were! Oops. So this year, I’m just going to record a few things that I would like to accomplish this year, and hopefully I’ll think of some ways to keep myself accountable to these goals. 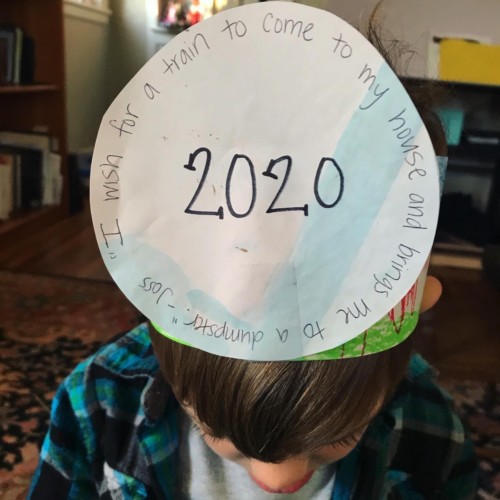 Joss’s New Year’s wish: “I wish for a train to come to my house and bring me to a dumpster.”

My main goal for 2019 was to read 70 books, and while I did meet that goal (a few months early!), it definitely added stress and subtracted sleep. It was my first Reading Challenge, and I loved most of the books I read last year, so this year I’d like to come up with some kind of Reading Goal that isn’t as numbers-oriented.

For example: I’d like to start/finish the 3-4 parenting books that have been sitting on my shelf most of the year. Should be easy enough, right?! I would also like to do more local book-buying, becoming a regular visitor to one (or more!) of Tulsa’s independent bookstores. Mostly, I get Kindle books from the library, but it would be nice if my first instinct was to head to the bookstore instead of to Amazon.

OK, so this goal is still a work in progress 🙂 Last year, Whitty Books published a good Reading Challenge list, which I didn’t discover until halfway through the year. So I’ll be on the lookout earlier this year. (And did you see TCCL’s 2020 Reading Challenge for Kids in our January issue? It looks like a lot of fun! Click Here for a downloadable PDF!)

“Creativity” as a theme was supposed to result in writing more in 2019, but aside from a couple of poetry flurries, this didn’t happen. So for 2020, I’d like to set a goal to write at least one sonnet a week. This means carving out time to write one morning or evening a week. I love writing sonnets and sometimes feel guilty that I don’t a) write more but also b) don’t branch out more in my writing–but do you know what? I like sonnets. They’re relaxing and familiar, so hopefully this is a goal that doesn’t inspire a burden of guilt.

I also love singing out loud! Before getting married, I’d sing along to Broadway tunes all day long. But Daniel probably wouldn’t appreciate that, and I don’t know that Joss does, either. But I miss belting out “Rent” songs with abandon, so hopefully this year, I’ll remember to sing out loud. Even if it’s just at the office before anyone else gets here. 🙂

One of my favorite Christmas gifts was a bunny puppet, which Joss named “Pesper.” My sister knows me well 🙂 I looked up some Jeff Dunham videos on ventriloquism and was shocked to learn that “throwing your voice” has nothing to do with literally throwing your voice! You simply have to learn to talk without moving your lips, which means substituting other sounds for letters that require lip movement. And then, when you move the puppet’s mouth in sync to your words, people are fooled into thinking the voice is coming from the puppet. What?! Suddenly, ventriloquism switched from being a totally impossible skill to one that would merely require a lot of practice! I can do that! 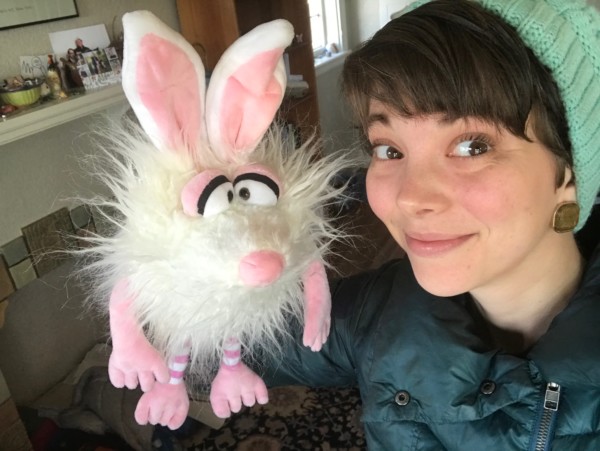 A few months ago, I discovered a new favorite podcast, Hazel & Katniss & Harry & Starr, which examines “works of YA literature and their filmic adaptations.” I love YA AND podcasts discussing film and literature, so Tuesdays are now my favorite days of the week because new episodes drop on Tuesday! Plus, it’s a great way to discover new books.

A recent episode concluded with a brief discussion about ableist language–brought on by the fact that, in the early 2000s, the “R”-word was still pretty commonly used, which makes it hard to read some YA works from the turn of the century. Which wasn’t that long ago! One of the hosts was talking about how she is trying to quit using the words “stupid,” “dumb” and “crazy.” All of which have been on my back-burner list of “words I should probably quit saying” for awhile now. Especially “crazy.” So first I need to come up with some better substitutions, and then try to start using those whenever I’m tempted to say, “That’s so stupid!” etc. Ridiculous? Any other suggestions?

Over the past year, Joss has become quite the conversationalist, and I’ve found myself tuning him out more often than I should. Especially if I’m in the middle of texting someone or engaging in other phone-related activities. Ugh. Sometimes, what he is saying is repetitive or nonsensical, but it would be terrible to have him grow up thinking I don’t care what he has to say!!

We took several day trips last year, and I’m hoping to visit more nearby Oklahoma landmarks this year, such as the Blue Whale, Woolaroc, Ed Galloway’s Totem Pole Park, etc. Plus another weekend getaway to OKC. I still don’t love road trips or highway driving, but I don’t want to miss out on fun opportunities and good memories because of this. Made some good progress last year, so hoping to continue that in 2020!

OK, that sounds like a good enough list for now 🙂 I’d love to hear what some of your goals for the New Year are! And again, wishing you a safe and happy New Year! 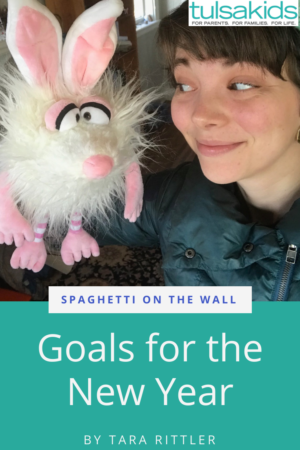