Following up on Joss's fear of spiders

Note: I wrote most of this a couple weeks ago but didn’t publish it immediately. The sleeping has been better since this post, but I wanted to go ahead and share these resources!

I mentioned Joss’s recent fear of spiders a few blog posts back (tulsakids.com/sweet-spider-treats-and-picture-books/). At the time, he was feeling slightly better about arachnids, thanks to Daniel showing him some cute spider videos. But a few nights ago, he woke up and screamed at the top of his lungs for a good 10-15 minutes. Inconsolable. This time, spiders weren’t the problem – it was cockroaches. 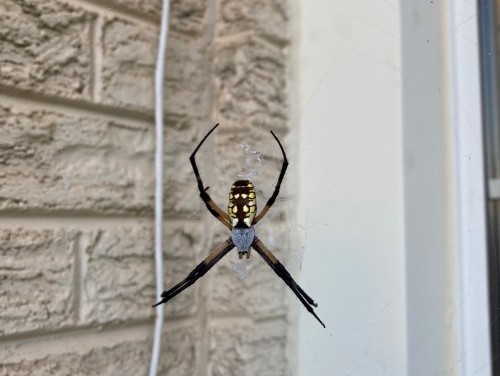 Unasked-for parenting dilemma: Do I tell Joss about this large (harmless) spider outside our kitchen, so we can discuss and observe it? Or not?

It was so sad because, as he explained before really going off, he was imagining me turning into a giant cockroach. A nightmare, I guess. So I couldn’t really comfort him because I was part of the issue. It was also frustrating because we live in a duplex. The added stress of trying not to wake the neighbors didn’t help the situation.

I finally carried him downstairs to try to get him a drink of water. He wasn’t interested in the water. But finally I sat down with him and had Daniel bring over the iPad. His favorite YouTube channel, Sideserf Cake Studios, helped him calm down quickly. Unfortunately, he still didn’t fall asleep for another 2.5 hours. But the screaming was over.

I’d be remiss not to mention that I’m partly to blame for this new cockroach-phobia. Earlier in the day, I’d screamed a little upon being surprised by a large, dying cockroach in our living room. At the time, Joss started shrieking and ran up the stairs. So…yeah. I spoke with Joss then (or the next day?) about how we can try to help each other not scream over cockroaches. I admitted I didn’t need to. The bugs themselves aren’t that scary, it’s just the shock of seeing one. (I mean, they are pretty gross!)

After the mid-night screaming session, I tried to come up with a way to change the way we look at cockroaches. Instead of screaming, I suggested, we can put on our best Southern accent and say, “Well, you poor PoopDoodle, why you’re just havin’ a bad day!”

That kind of helped. He also requested that, in the future, I take them outside quietly if possible so he doesn’t even need to know they’re there. Surprisingly, when I told him that we would definitely be calling an exterminator if we start seeing them more frequently, he didn’t seem too keen. He wants them to live, just outside. I’d still call an exterminator though. The last one did a fantastic job, and we really haven’t seen hardly any for the past year. But now that the weather is cooling down, we’ll see…. 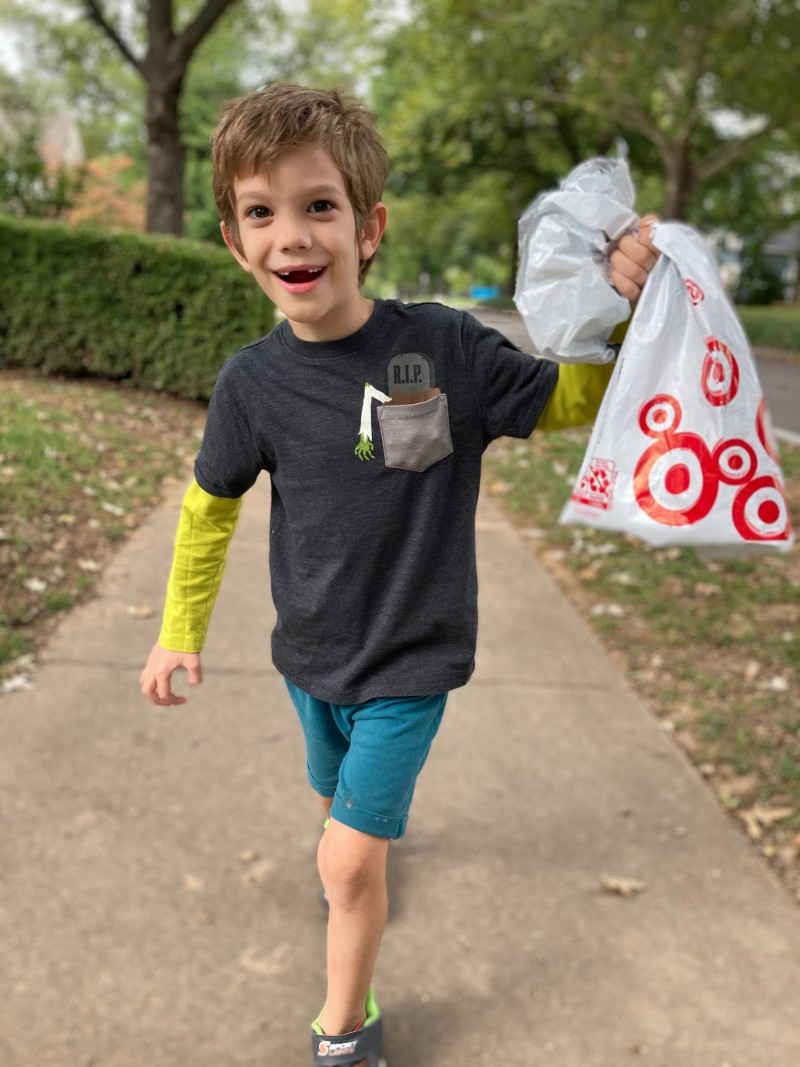 Naturally, I turned to TulsaKids.com to look for some other helpful suggestions on dealing with frightened kids. And I found some good ones! This article, “Helping Children Cope With Fears,” from 2012, gives great advice for kids at different ages. It also talks about some common childhood fears at various stages. Spiders even get a mention:

“Parents of a child afraid of spiders can address this fear by showing their child cartoon drawings of ‘friendly’ spiders, reading books about other kids who are afraid of spiders, or watching movies about ‘nice’ spiders.”

One thing the article mentions is that it’s important to walk a line between validating and exaggerating a child’s fear. So, acknowledge the fear and don’t belittle it. But don’t alter your life to avoid it, either. It also mentions not joking about the child’s fears, so I hope that reframing roaches as poopdoodles doesn’t fall under that category. Sigh.

Other articles to check out include Kiley Roberson’s, “Raising Brave Kids: 4 Tips for Parents” and “When Dreadful Dreams Interrupt Sweet Dreams.”

Outside of TulsaKids.com, here’s a helpful article for kids afraid of “creepy crawlies,” spiders, roaches or otherwise: blog.cincinnatichildrens.org/healthy-living/child-development-and-behavior/tackling-your-childs-fear-of-the-creepy-crawlies

It’s helpful to know that this is a fairly common developmental stage. It also helps that Joss has mostly slept the night through since the screaming night. Not in his bed – on the floor – but still. That’s something! 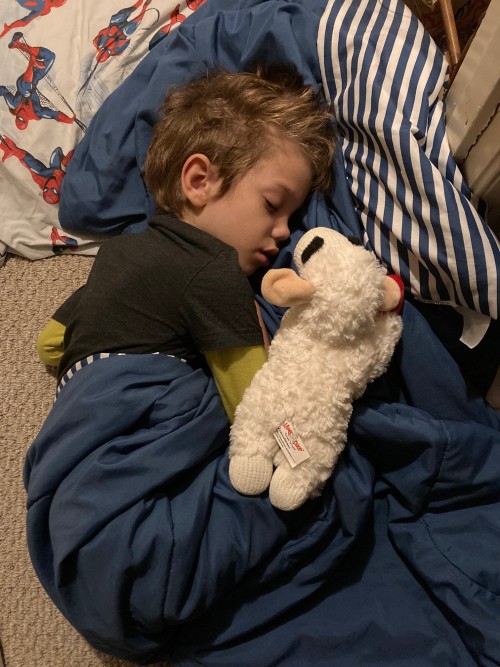 And here’s some advice from pbs.org on helping kids who struggle with bad dreams: pbs.org/parents/thrive/how-to-help-kids-with-nightmares

Gah. This is one of those situations where I feel like I’ve probably made it worse in ways I’m not even aware of! And some ways I’m very aware of – like being impatient, screaming at bugs, etc. So hopefully some of these resources help – and maybe they can help you, too! If you have any advice to add, I’m all ears!