An argument in favor of "Joss"

I mentioned in my introductory post that I enjoy thinking about names, so I thought it would be fun to write a post on how we came up with our son’s name–particularly in light of the fact that between teething (Joss) and a tonsillectomy (husband), it’s been a rough couple of weeks, and I need fun.

I’m sure there are many people who think about names more than I do–it’s more of a passing interest than a hobby, and not nearly an obsession–but between my Facebook newsfeed and reading fantasy novels filled with intriguing new possibilities, names are on the brain often enough. (Surely I’m not the only one who’s read The Kingkiller Chronicle and started struggling to find middle names that pair well with “Kvothe”?!)

Our son’s name is Joss Matrim: light and cheerful-sounding, with just a hint of literary nerd and a healthy dose of geek. 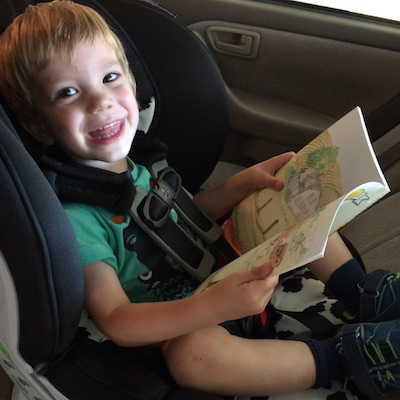 (Plus, with all these literary namesakes, hopefully he will grow up loving books!)

Joss is a name I’ve loved for years, ever since reading P.G. Wodehouse‘s short novel “Quick Service.” Wodehouse is a British comic writer who lived from 1881-1975 and is most famous for his character duo Bertie Wooster and Jeeves (made into a TV series starring Hugh Laurie and Stephen Fry). Bertie is a hapless, idle young Englishman, and Jeeves is the wise butler who is constantly called upon to help Wooster out of whatever mess he’s gotten himself into.

“Quick Service” stars Jocelyn (Joss) Weatherby, an optimistic-if-struggling artist whose career has lead to him “doing the posters” for Paramount Ham, “a task which might easily have soured one of a less ebullient temperament.” Joss’s boss, Mr. Duff, is his polar opposite in personality. Take this exchange in chapter 2:

“You’re late!” [Mr. Duff] boomed.
“Not really,” said Joss.
“What the devil do you mean, not really?”
“A man like me always seems to be later than he is. That is because people sit yearning for him. They get all tense, listening for his footstep, and every minute seems an hour…”

It was probably about this time that I fell in love with “Joss.” It may be more common to choose names based on their meaning, but to me, “Joss” signifies a personality that will not be intimidated in the face of meanness or injustice, but will rise above difficulty–while keeping a sense of humor, to boot. I know my son will encounter hardship–and of course, a name isn’t going to buffer him from life’s difficulties–but I hope that he does end up with some of Joss Weatherby’s optimism and spirit.

“Matrim” comes from “The Wheel of Time” series, a 14-book epic fantasy series published by Robert Jordan beginning in 1990. Author Brandon Sanderson co-wrote the last two books, as Jordan passed away before completing the series. A friend had recommended the series to me years ago, and I foolishly pooh-poohed it, assuming it to be more “commercial” than quality. I finally read it because my husband’s boss gave us a bag full of fantasy literature, among which was Sanderson’s “Mistborn” series, and the first book of “The Wheel of Time.” After devouring “Mistborn” and becoming an instant Sanderson fan, I decided to give “The Wheel of Time” a try.

I started the first book, “The Eye of the World,” about a year or so before Joss was born. And since, as I said, the series is 14 books long, several of which are over 1,000 pages, it took me at least a year to finish. Plenty of time to get to know Matrim (Mat) Cauthon, one of the three ta’veren in The Wheel of Time. Ta’veren are, to put it simply, world-changers, drawn together by destiny. (And surely it was destiny that led to me reading these books just at the time I needed to start seriously thinking about baby names!)

Mat is a gambler, has a great sense of humor, an eye for friendly barmaids, and would love nothing more than to escape his destiny of battles and leadership/responsibility. None of these, except perhaps for the sense of humor, make a good namesake. But Mat is also incredibly loyal, and no matter how much he may wish to avoid the events destiny brings his way, he stays faithful to his friends and does what needs to be done. He wants to make bad decisions, but his central sense of right and wrong means he–almost always–ends up doing the right thing. In the process, he makes many sacrifices, always putting the safety of his friends above his own, and becomes a true hero.

So Matrim stands for loyalty, goodness that perseveres through imperfection, and again, strengthening humor.

A friend recently made an incredible library find: “Bob and Joss Get Lost!” by Peter McCleery. She kindly bought it for Joss, and we love it. Joss is able to recognize his name “J-O-S-S,” so he has fun “reading” the title, which is easy to memorize. And of course, it’s fun for me to feel like he is learning to read!

In “Bob and Joss Get Lost!” Bob is fairly uptight and prone to stressing out; Joss is more go-with-the-flow, making bad puns in the face of adversity. Bob and Joss get lost on a deserted island. My favorite dialogue is:

Feel free to share your baby name origin stories in the comments!