Unlike Elder Cunningham, who, despite having graduated from Missionary Training School, admits to having never read The Book of Mormon because “it’s so boring,” I’ve read it. Cover-to-cover, if I’m not mistaken. Not because it was unexpectedly compelling literature, but because of a high school crush. The things you’ll do for the ones you’d love to date. 🙂 Nothing ever came of it, romantically or spiritually, but having read the entire Book of Mormon can be one of my “things you don’t know about me” factoids if I’m ever in an icebreaker situation.

All that to say, I was excited when I got the opportunity to see “The Book of Mormon” on Tuesday night. This Broadway musical, winner of 9 Tony awards including Best Musical, will be playing at the Tulsa PAC through January 13. Before I continue, if you don’t know much about the musical, this is NOT one for the kids. I’d definitely rate it R for explicit language, and…what’s one step past innuendo? Because it’s not subtle. 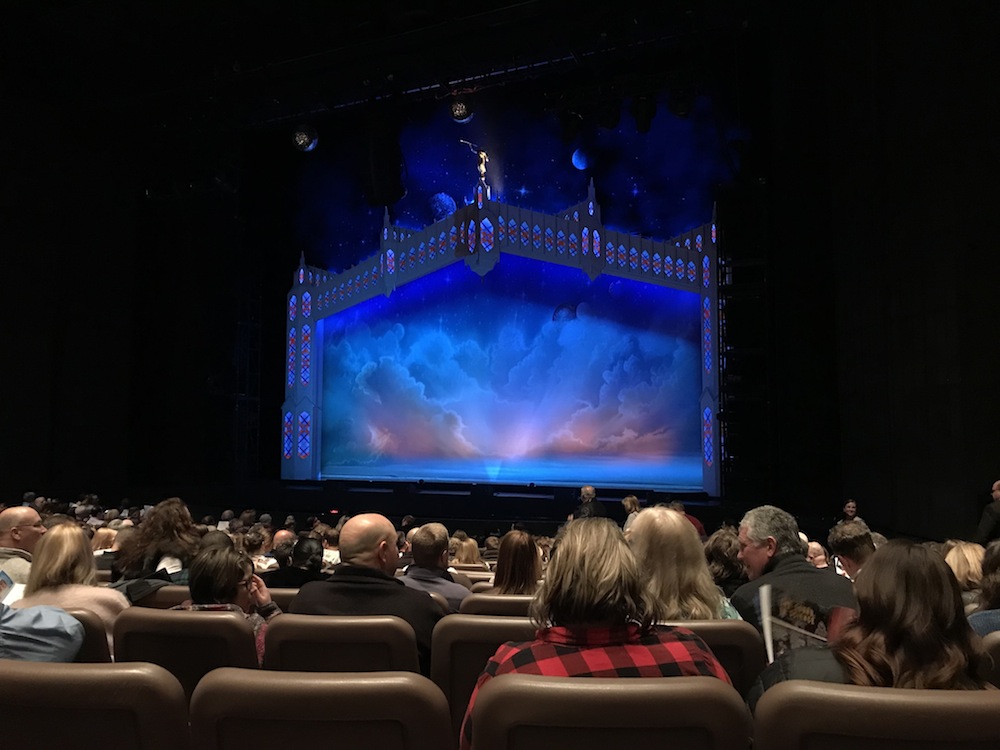 However, it is hilarious and had the entire audience roaring with laughter throughout, which was fun to be part of. Even though it’s irreverent, I’d say it’s a really joyful musical. Some truly awful things happen, and at one point I was really concerned that everyone might wind up dead–but that wouldn’t fit with the spirit of the show, which is more celebratory than cruel, even as it mocks what many may hold sacred. As we left, I was thinking about the last performance I saw at the PAC, “Love Never Dies,” which was SO SERIOUS and tragic. Beautiful, but the ending did not satisfy. In “The Book of Mormon,” the actors smile so much I’d be very surprised if their cheeks didn’t ache by the end of the show!

Perhaps one of the most relatable songs is “You and Me (But Mostly Me),” in which devout/uptight Elder Price, recently paired up with oddball Elder Cunningham and sentenced to a mission in Uganda rather than his dream location (Orlando), sings about how they (but mostly him) are going to do something incredible for the Mormon church in Africa. At least, looking at the comments on the YouTube video, several people mentioned feeling exactly this way during group projects–which is probably missing the point, as it turns out that Elder Cunningham, being more humble and imaginative, is actually the more successful missionary (although not in a way condoned by the Mormon church). Elder Price’s vision of himself as the “all-American,” golden boy can’t survive a confrontation with real problems, and he quickly falls apart, questioning his mission and even his faith. But it’s probably hard, especially at a young age, to not to at least want to see ourselves as something special and destined for greatness.

Later on in the show, Elder Price sings, “Ever since I was a child, I tried to be the best…/So what happened?/My family and friends all said I was blessed…/So what happened?” I think I’ve had similar realizations at least once. When I finally went to public school for the first time, it was kind of a shock to my previously private-schooled, sheltered self that, besides orchestra, I wasn’t competing at the top of the class. I mean, I did quite well in individual classes, but taking into account all 450+ of us, well, there were a lot of brilliant students at that school, and let’s not forget I had previously received Cs in both physics (for lack of understanding) and art (for “talking too much,” which I now look back on as one of my greatest triumphs.)

In fact, according to “Book of Mormon” co-writer Trey Parker in a 2011 Fresh Air interview, “Naturally, when we’re 17 or 18, we all think we know everything, and then life slaps you upside the head. And I think that happens for a lot of people just when they go away to college or they move out of the house. But a lot of these kids go to another country or another culture — and a lot of them end up in third-world countries — and they’re probably seeing things that they have never seen before. So in addition to the coming-of-age story, we have a fish-out-of-water story — and it just seemed really funny to send these two kids who’ve grown up in this perfect place to a place where nothing makes sense.” (They bring this up again later in the interview, so obviously I don’t have anything profound to add to this idea, but I can corroborate that it resonates.)

Anyway, if you are looking for a date night option and don’t mind cussing/extreme irreverence, look into “The Book of Mormon” and see if you think it’s something you’d enjoy, ha. I don’t want to outright come out and make a recommendation on a parenting website, but my husband and I really liked it–the actors are great, the songs are smart and catchy, and the entire production was delightful, if occasionally shocking. 🙂 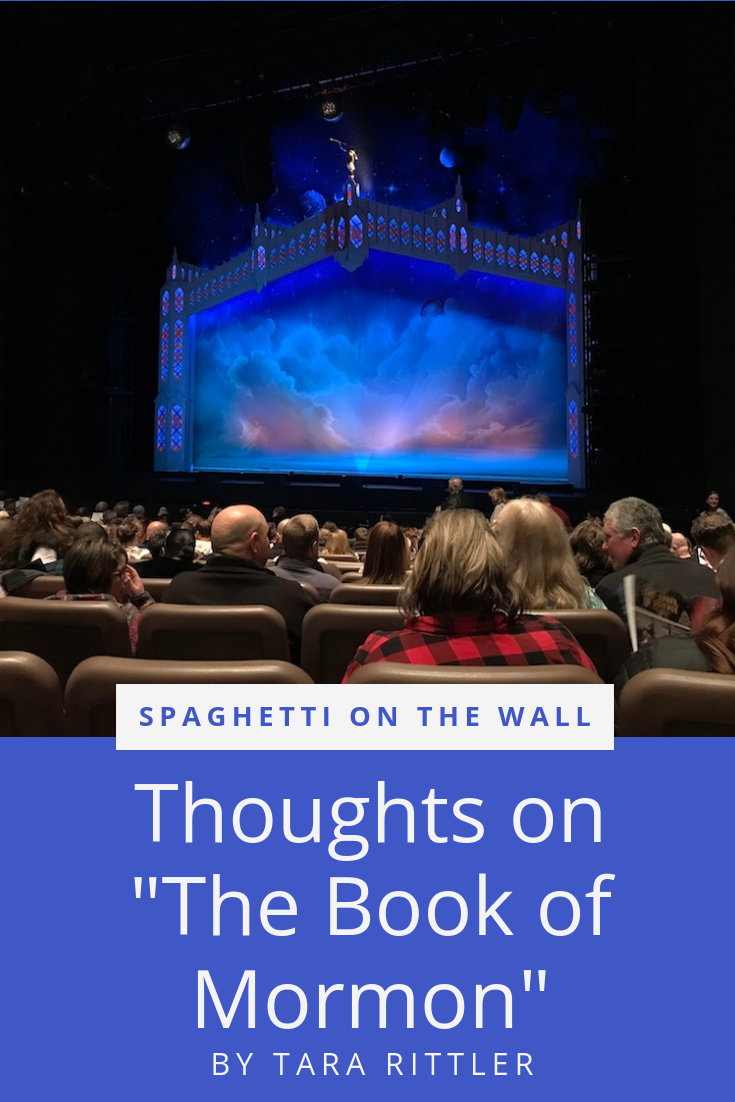