If you read my “2020 Bucket List” post, you know that one of my goals for this year is to celebrate our anniversary, which is coming up on February 18. I am proud to report that, although we won’t be celebrating on our anniversary, we have purchased two tickets to Bar DnD “Daring Dwarven Delve” at Welltown Brewing on February 23. 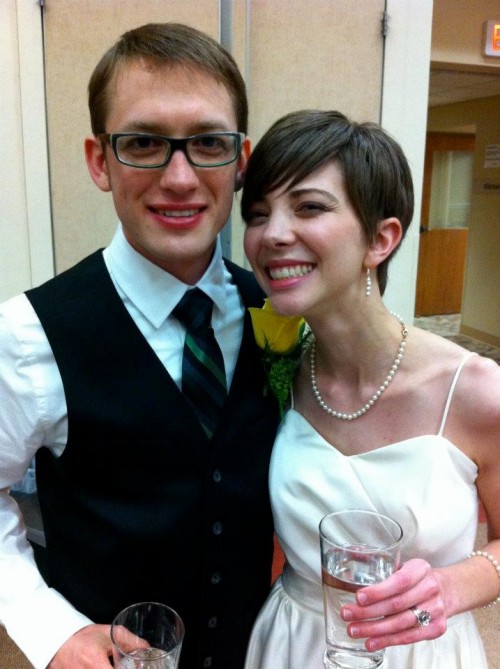 Basically, this is going to be a 2.5-hour game of Dungeons and Dragons, no experience required, WITH a craft beer included. I am so excited. Not only does this sound like a unique date night (maybe slightly outside my comfort zone?), but I’m ashamed to admit that I haven’t been to Tulsa’s many new breweries yet. With the exception of American Solera. Seriously, there are so many within five minutes of our house, kids can come, too, so what’s my excuse?!?! 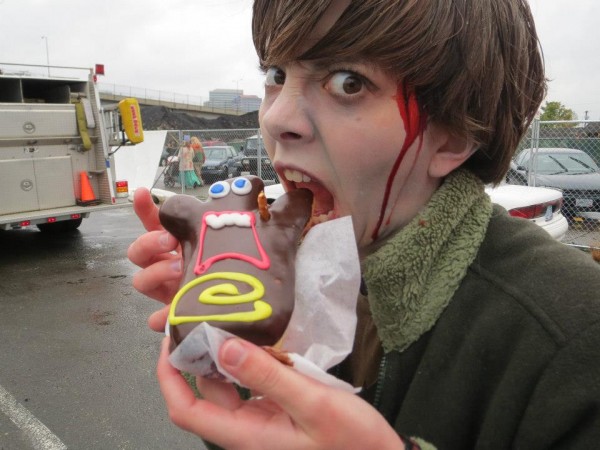 Hahaha. I was looking for wedding photos on Facebook and found this gem from our honeymoon! We went to Portland around Halloween, and one of our activities was participating in a community Zombie Walk. So celebrating our anniversary by playing DnD? Not a stretch. 🙂

Expect a blog post about Bar DnD in the coming weeks. But for now, I’m just going to daydream about other possible date nights. If money and time were not factors, how would I celebrate Valentine’s Day? Here are some options:

Yes, I would purchase chocolates from both Glacier and Cricket & Fig and pit them against each other in the most delicious challenge of all time! Which chocolate will reign supreme? I honestly have no idea. They’re both incredible.

Alternately, I still haven’t gone to the Glacier Bean to Bar downtown and would love to just indulge in chocolatey desserts…for dinner.

Originally, I was going to write “Coffeeshop Crawl,” but that just sounds like a bad idea. There are a couple new coffee shops in Jenks near my husband’s work that I’d like to try: Vintage Key Coffee and Lulu’s Coffee. Lulu’s Coffee even has a special Valentine’s Wall for all you Instagrammers. And they serve Turkish Coffee, which isn’t something I’ve seen offered outside of Greek Festival, although I could’ve just missed it.

Also, someone I used to work with at Topeca now owns Triangle Coffee in downtown Tulsa, and if you haven’t been, it’s definitely worth checking out. Plus, she is an incredible baker and was selling the CUTEST decorated sugar cookies for Valentine’s. I assume it’s way too late to order them, but…just look at them! So cute AND clever!

Anyway, back in my pre-kids days, you could find me at Doubleshot any day of the week. It would be really lovely to just get to go hang out at a coffee shop with no agenda and no pressure for a couple hours.

I’ve mentioned before that one of my favorite things to do in Tulsa is ride along the River Trails. This would probably have to be more of a “Galentine’s Date” though. Between Daniel and I, one is a competitive cyclist, and one…not so much. I did try, and then Joss was born. Although at least the YWCA has an amazing Wednesday night spin class–highly recommended!

This would probably be a more expensive option. But my engagement ring was stolen a few years ago, and I can’t think about it without getting sad. It was a one-of-a-kind design by a woman Daniel found on Etsy, and sadly she no longer makes jewelry, so we can’t replace it! Argh. 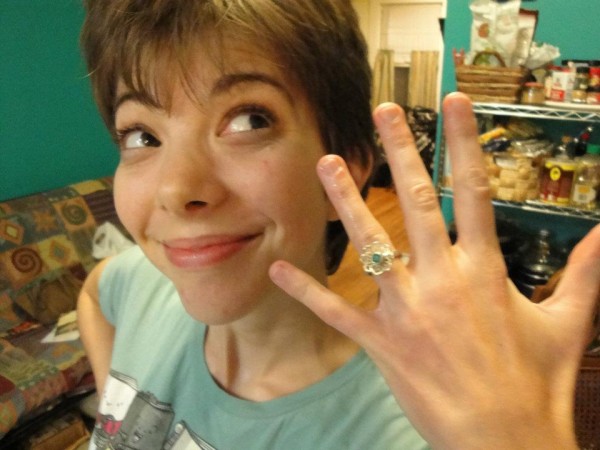 Look how pretty! Although why does my finger look wet?!

So another option would be to make our own rings! Both WaterWorks Art Center and ahha offer periodic classes on jewelry making, so that would probably be a good place to start.

I’m straying even further from “Date Night Ideas” with this one, but too bad! While we were dating, Daniel and I took pottery at 3rd Street Clayworks. He was way better than me because I am not a perfectionist and like to race ahead to the finished product as quickly as possible. But we both loved it. We even made enough pieces to use them as table decorations at our wedding reception! Getting to do pottery together again is a long-term bucket list item. And I’m at least looking forward to the day when Joss can hang out and play with clay by himself while I work the wheel! Without having to worry so much about him “inspecting” all the unfinished pieces along the walls–or worse, outside of the kiln!

Speaking of pottery, our previous date night took place at Purple Glaze, and I would definitely go back there. It was relaxing, creative, and now I have an amazing travel mug for when I run out of time to drink my coffee at home!

If you can swing an overnight babysitter (oh, for grandparents who lived in town!), I highly recommend an overnight date in the Tulsa Arts District. We did this for our 5th anniversary, and although I realized that my 10 o’clock bedtime is less negotiable than I’d imagined, it was still a blast. Dinner at Sisserou’s was delicious, followed by (a nap and) drinks at Valkyrie. Then a morning breakfast at Antoinette! Now, we would obviously add in a stop at Magic City Books.

Anyway, those are just some ideas of potential date nights. Mostly, I’m just thrilled about our upcoming Bar DnD night! On Valentine’s Day itself, I will definitely be making a stop by Fulton Street’s Valentine’s Day Pop-Up and picking out a new book. And there’s a good chance that Joss and I will make a point to pick up some artisan chocolate from at least one local chocolatier. 🙂 And who knows? Maybe I can talk Daniel in to a Tuesday morning coffee shop date on our anniversary! Woo-hoo!

If you’re still reading, thank you for following along. Hopefully there were some helpful ideas in there. What are your favorite date night options around Tulsa? 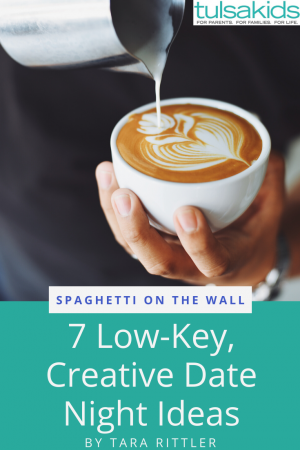